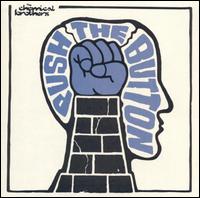 A testament to the staying power of Los Chemical Brothers can be seen within the somewhat questionable allure of their “live” show: simply put, seldom have two dudes done so much with so little. Reasonably intelligent individuals pay around 40 bucks for a ticket to one of their concerts, and all you really get is two silhouettes positioned behind “electrobanks” mixing ridiculously loud versions of album tracks that vary oh so little from their studio counterparts. The silhouettes run around a good deal and thrust their arms in the air, but even after having seen the Chemical Brothers twice, I’m still not entirely convinced that Tom and Ed are actually pressing any of the myriad bells and whistles on their machines.

But as anyone who’s ever experienced a Chemical Brothers show will tell you, none of this matters. When traditional set closer “The Private Psychedelic Reel” is ripping your face apart while blinding white lights are permanently damaging your corneas for evermore, the last thing on anyone’s mind is that it’s kind of canned. Like the dog licking its balls, the Chemical Brothers sleepwalk through their live show because they can; chances are their amplifiers kick far more ass than your tinny stereo, and their best songs leave you feeling like you can walk through traffic.

I listen to the Chemical Brothers for the same reason that I generally refuse to watch any pornography filmed after 1983: moneyshots ring truer when accompanied by some degree of depth. That the Chemicals Brothers’ best songs feature breakbeats capable of crushing your skull should come as no surprise, but they’re also one of the few holdover acts from the Superstar DJ-era that makes albums interesting enough to warrant repeated listens in the car or bedroom when the dance floor is unavailable.

2002’s Come With Us may have played up the home listening vibe a little too much however; evidenced by the fact that most of its songs tended to show up in luxury car commercials (e.g. “Hoops”) as opposed to Sportscenter highlight reels. Thankfully, Push the Button is the hardest hitting record the Chems have produced since 1997’s seminal Dig Your Own Hole; rich with uplifting portions that momentarily allow me to believe that my day job pays more than it actually does while leaving me with a gigantic woody.

Every Chemical Brothers album kicks ass at the beginning, slumps in the middle, keeps a slot open for a Spiritualized-sounding ballad, and rallies big time at the end. Push the Button follows this pattern to a tee, but it simply sounds like Tom and Ed were trying harder this time out (or took better drugs), as the lion’s share of these tracks throb with a purpose that was mostly absent from their last effort. Lead off track and first single “Galvanize” sets the pace quite nicely with an itchy Middle Eastern string hook and a Q-Tip cameo far more useful than his stint on R.E.M.’s last record; its only flaw in that being a hip-hop track, it doesn’t need to be stretched out to a six-minute hard house length.

Even better is “The Boxer,” featuring Charlatans vocalist Tim Burgess (in pure-Wonderland mode) alongside a positively jarring stutter of a keyboard hook that could jumpstart a cadaver. This is the sound of the Chemical Brothers inspiring me to dance the robot and walk in front of passing cars. The opening salvo is rounded out by a text book club banger in “Believe” (featuring that dude from Bloc Party on vocals) and the more esoteric “Hold Tight London:” a shimmering track reminiscent of classic Underworld.

Even the less inspiring tunes place the Chems squarely back in football stadium where they belong; it’s impossible to listen to “The Big Jump” without imagining what it will sound like played over NBA highlights, and the sexy female vocal sample of “Come Inside” (as in "would you like to?") is plenty freaky. It’s by now a common Chemical Brothers trait that the last two songs on their albums are uniformly excellent, and “Surface to Air” fits the bill with a propulsive seven-minute New Order tribute. But the real gem is “Marvo Ging:” a bouncy march that’s most likely the first Chems song to feature a blues harmonica, and utterly impossible to dislike. There’s also a "political" hip-hop track featuring Anwar Superstar, supposedly the brother of Mos Def. A political song! From the Chemical Brothers! Get it!?

While I dearly hope that this is the last time a Chemical Brothers record will alert me to the fact that “Bush is no different than Saddam!” Push the Button still contains a far greater share of ego boosters than I would have expected from them at this point in their career. Furthermore, it’s excellent for annoying the shit out of my oversensitive downstairs neighbor -- both in terms of propulsive beats and the thump of my feet on the hardwood floor from playing along every time the male vocal in track six recites, “da big, JUMP!” Fun of a most mindless kind, Push the Button could definitely be considered a comeback record, and easily good enough that I wouldn’t think twice about once again indulging in the grand illusion that is The Chemicals Brothers’ live show.