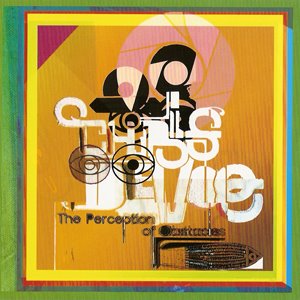 The Perception of Obstacles

Out of nowhere comes this year’s latest and last addition to my year-end list. Big props to RA Aaron Newell who dropped a link with a casual introduction: “Atlanta beat guy. Prefusey in the way he splices, but dustier. Way better than an unknown beat guy has a right to be.” This is so true that Prefuse is probably pissed that I downloaded the record. Nool later added, “Really textured, almost humble.” This is also very true, Devoe’s compositions staring back at the listener with an amicable sort of openness. Nod your head to feel or nod your head to sleep; this collection of beats could have you doing both, concurrently or alternately. On one hand it makes a lot of noise without being noisy; on the other it takes a swarm of sound collage and focuses it into the minute yet precise resonance of a pin drop. The Perception of Obstacles shows a better understanding of the slippery appeal of a record like One Word Extinguisher (2003) than One Word Extinguisher itself does. Devoe’s sharp.

Sharp, at least, musically. “Calculating Calamity” seems to indulge the album title outright with a recording of a woman in the midst of a rather Marxist assessment of the crushing weight of the middle on the poor; not so much the content as the cheap trick of its delivery (i.e. glitch-hop resorting to plundering your professor’s audio books in order to tack on a message) deserves a slight eye-roll, especially when followed up on the very next track by a similar gimmick. Fortunately, the music doesn’t take long to assert itself and Devoe’s agenda dissolves into the sheer bliss of his forms. “Frog and Toad” gives us a dense forest of night animal noises, vibes, static, and all manner of clipped samples jostling for symmetry over the crisp thump ‘n crack of Devoe’s drums. The structure is dynamic and elegant; the textures vibrant and evocative; the beat will make your head snap. Who could ask for anything more? Well, Devoe himself, unfortunately; “Frog and Toad” runs just about half a minute longer than its ideas do, fumbling a bit in the third quarter as it tries to juggle its several motifs. “Flying Cages” is the second track to break the five minute mark and also has sections where it stalls, particularly in the minute-long stretch where the track grinds to a halt in order to showcase its admittedly crunchy drums. That part might have been better with an audio book snippet.

However, the gorgeous three minutes of “Outside” (wherein Devoe explores the more ambient expanses of his formidable sonic vision) set up an important shift for The Perception of Obstacles. Up until this point the record is impeccable in its execution if a bit rote in concept and occasionally meandering in construction; after the re-centering zen of “Outside” Devoe delivers a five minute plus track that’s finally able to sustain the twists and turns of his elaborate splicing and non-linear developments. “Sideways” goes through stop-start motions in its first couple minutes before Devoe introduces Ben Davis’ saxophone and then laces underneath a colloidal bass loop while pinching together the high-end with some tightly wound hat work. The progression is freaking palpable. This is where the record turns a corner, its final salvo of tracks delivering epiphanies after finally shaking free from the perhaps self-serving impressiveness of Devoe’s methods.

And I think that’s maybe what the album title’s really telling me; that this is a record that shows technique as a way of creating an elaborate obstacle course to strengthen the sublimity coming out the other side. These obstacles are necessarily perceived as such so that they can be understood and overcome, the struggle of overcoming being what makes the whole process rewarding and meaningful rather than yet another typical American exercise in instant gratification. Humility, what. On aptly titled “Cassette Tape Flowers” Devoe spins magnetic fields, causing billows of sweet noise to bloom out concentrically from his deck. But “Eight Squares Center” is where what I’m saying actually makes the most sense. Like “Sideways” the track purposefully stutters through its first couple minutes, degenerating into somehow even more purposeful stammering, and then emerges with pure eloquence: synth lines writhe together across the channels, pings sending their current back and forth—a self-charging battery with the drum pistons pumping out horsepower. Its greatest revelation a trilling buried in its middle, “To My Allies” is Chris Devoe’s final rally cry. For me its poised music rings louder than any speech. My shrill trill in response: I’m here, man. I’m with you.