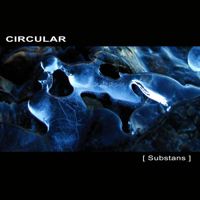 Labels are important in electronic music. In a medium where the music-makers trade in anonymity and multiple aliases, and where the artist album is a distant second place behind the 12” (or, these days, digital) single as the standard format, we follow labels as often as we follow individual artists. For that matter, discerning ambient fans—and buying the annual Pop Ambient compilation from Kompakt doesn’t qualify—keep a close eye on Ultimae, for the French label has been one of the best in the business for several years now.

It’s not just the carefully cultivated musical output that makes Ultimae a great label, it’s the whole package, genuine love and friendliness shining through every aspect of the album as product, from the gorgeous artwork and digipack design to the handwritten postcards they send with every order, wishing you well and thanking you for your purchase. Rarely does a record label feel so little like a business and so much like a labour of love: with a small roster of core acts who maintain a distinctive, careful aesthetic (“Panoramic music for panoramic people,” as the label’s motto puts it), their output is just as careful, only four albums in 2008 and five so far this year.

Another winsome but welcome quirk is the thoughtful write-up their website has for every album, explaining key concepts, listing notable influences, and even offering colourful genre descriptions such as “oneiric trip-hop and morning trance.” Handy. Here’s what they have to say about [Substans] (formatted for coherency):

[Substans] unfolds as a collection of micro ambient tales, journeys into intricate and multi-layered soundscapes. The band thought this album as a sonic line tangent to realms as opposite as floating atmospherica and industrial clunks; a deep kaleidoscopic glide through reverberated guitar riffs, uplifting grooves and environmental ambient.

Indeed the band claims influences as diverse as Biosphere, Boards of Canada, Sun Electric and saw this album as one opportunity to acknowledge landmarks in their history of music encyclopaedia.

…Which is as good a summary of the album’s themes and intentions as adjectives can give you. If pretty phrases like “floating atmospherica” are too vague to give a real idea of the album’s sound, the FSOL mention will put ambient fans in the picture—the influential duo’s knack for distinct techno-organic, ancient-future atmospheres and their texturalist tendencies has certainly rubbed off on the Norwegian act. At times, the album even plays out like a semi-sequel to the otherworldly Lifeforms (1994): “Rablekok” is an undeniable spiritual descendant of “Cascade,” kicking off the album proper with a heartbeat rhythm and a creepy tone, while “Hurumburum” punctuates the flow with the album’s only dancefloor beat in exactly the same way Lifeform‘s title track did.

These comparisons, while striking, are generally fleeting. The most pertinent part of the above quote is the “collection of micro-ambient tales” bit, because the album is not a focused exploration of a single direction, more a series of loosely-connected evocations of different moods through different sounds and techniques. The disparity of these moods is reflected aptly in the track titles: we flit from the warm humanity of “Little Girls eat chocolate” to the sci-fi solemnity of “Time Machine,” ending up in the cold desolation of “Nothing but dead landscape.” And that’s how this album plays out, as a series of contrasting snapshots that zoom in on detailed sketches of intimacy and then pan out just as suddenly to broad brushstrokes of loneliness. The intricately crafted sound-collage of the intro manages to pack in everything from echoes of Vangelis’ Bladerunner score to shades of dubstep rhythms, while some of the longer tracks are protracted and quiescent expositions of synth timbre akin to Biosphere.

This lack of a controlling idea is the album’s major shortcoming. No matter how far the individual explorations into eerie samplescapes strayed from the source, the FSOL always bound their albums together with powerful concepts, whether it was Lifeform‘s pulsing cybernetic rainforest or Dead Cities‘ (1996) post-apocalyptic bleakness. [Substans] lacks that kind of over-arching unity and there’s just not quite enough here to tie together the many ideas and moods covered. Ultimae’s trademark widescreen new-age vibes occasionally shine through, but the colour has been desaturated and washed out on this particular sonic vista. A light mist of glitch textures is the closest we come to a dominant aesthetic, but that’s well-trodden ground by now, and as a whole the album lacks any character to mark it out from dozens of similarly mediocre ambient excursions. Play any one of the tracks away from its native context and there’d be nothing there to identify it as a [Substans] track or as a Circular track, and certainly not as an Ultimae track.

The guys behind Circular will probably argue that criticising [Substans] for lacking cohesion is missing the point. After all, it’s intended to evoke “opposite realms” and, fair play to them, it succeeds. But just because a band pull off a creative decision doesn’t necessarily make that decision a good one: an album—and especially an ambient album—that is a sum of its parts rather than a whole needs to sweat brilliance from every one of those parts if it’s going to be a worthwhile effort. [Substans] has its moments, but sadly not enough of them.