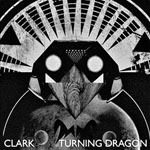 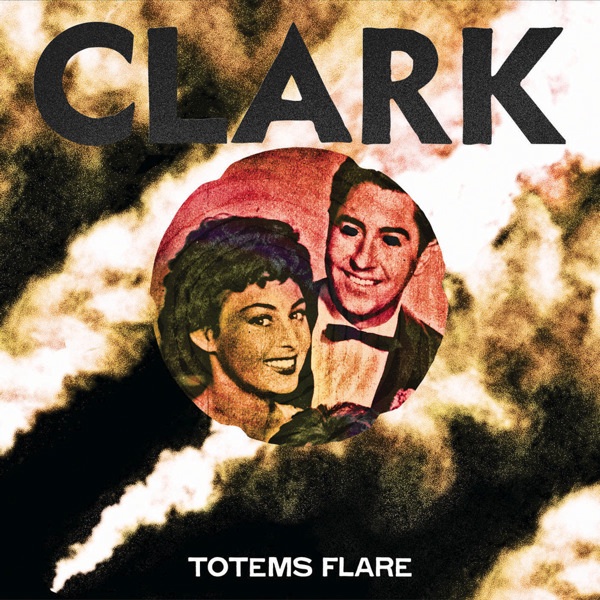 Clark has never been a calm artist. Even his calmest record, 2001’s Clarence Park, studded with ambient interludes that skewed toward demented contempo-classical, was most vital in his signature butcher-block drum spills (no better word for it) slamming down throughout the longest pieces. Last year, this aggressive passion reached its peak with Turning Dragon, a record so drenched in distorted decay it was teetering on the edge of monotony. Now we have the album with a status in an artist’s timeline almost as legendary as the sophomore slump (and for the record, Chris Clark’s Empty The Bones Of You [2003] was a giant leap forward)—the morning after the havoc-ridden explosion.

It’s a record like this where one can usually expect deeper introspection to balance out the blast of anger that preceded it, and Totems Flare is no exception. The eccentric samples of the previous record are replaced by Clark’s own vocals, and here they quickly assimilate into the music like every other instrument—crunchily compressed, swimming in vacant gym-hallway reverb. Apparently the singing’s afforded his more cohesive pieces, remedying the problem from Turning Dragon where certain suites seemed to pass without leaving a mark. “Rainbow Voodoo” could almost be a TV on the Radio outtake, the faux-dancehall lyrical recitation meeting a little synthesizer jam in the final third of the piece. For the first time since maybe ever, there’s an audible sense of joy in Clark’s tonal structures, if only for a gleaming moment.

Clark always had his acid side, letting it shine through particularly on the excellent Ceramics is the Bomb EP (2003). His genius with a 303 is in his ability to grab repetitive phrasing and repurpose it as an incessant, claustrophobic pattern of some unwanted stress. The acid line running through the beginning of “Look Into The Heart Now” bears the kind of beauty that makes one gasp with relief once it’s over, the kind of beauty bound to surface again toward the end, clear as day (well, relatively effect-free for Clark, anyway), after a prolonged mid-section dominated by a vocoded recitation of the titular phrase. It’s a lyric that’s relatively open to interpretation, but the unusual thing is just how subdued he is about it.

Clark’s never been the most transparent artist, but art imitates life, in which case it’s a fun game to guess what happened to inspire Totems Flare. It’s to the credit of the manic genius on display that this record would be perfect for a breakup and for new love: the woozily ambient “Primary Balloon Landin,” sounding like one of those aforementioned Clarence Park mini-tracks, could be as perfect for a sunny picnic as a really devastating end to a long relationship. Likewise, the catchy strut of “Luxman Furs” swoons like ghouls in love, or perhaps like the ghost of former love; not that it matters much by the time “Furs” reaches its final climax and double-times it into a hyperventilating march. (It’s worth noting that he’s also an incredible drum programmer, able to conjure up complex, synthetic percussion sometimes too organic for its own good, even communal.)

Chris Clark has been an interesting artist to track this decade. Starting right out of college with a demo sent to Warp, his maturation has been fascinating, yielding some alternately heart- (2006’s career peak Body Riddle) and gut-wrenching (Turning Dragon) affairs. We’ve been shown angry Clark, blinded by passion and vigor, and we’ve seen drowsy, reverb-soaked Clark, but never before have the two parts struggled with one another in such a fascinating, rewarding way.