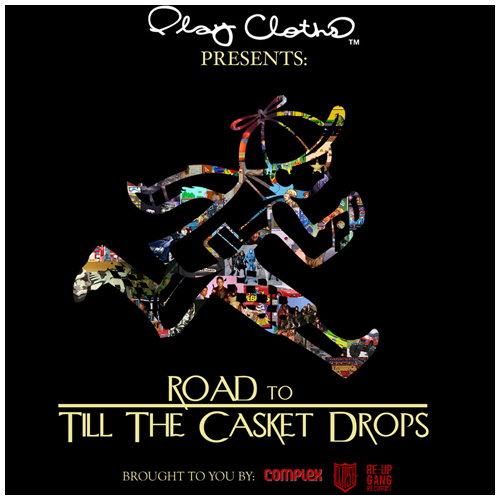 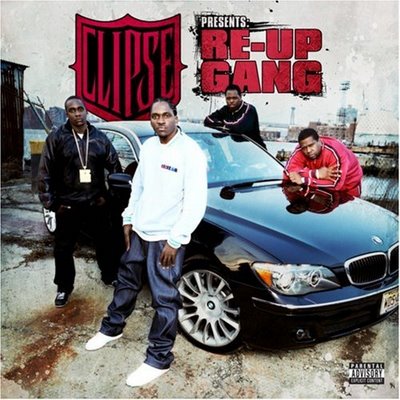 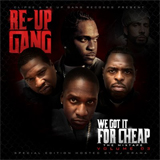 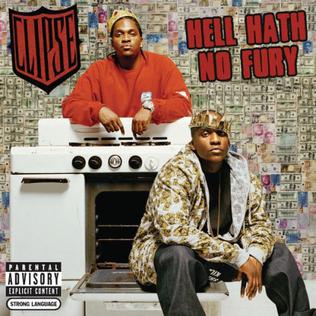 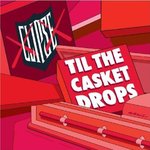 Til the Casket Drops

I’ve got a draft of this review that I started a month ago where I go like bonkers in favor of “I’m Good,” maybe a little overboard, but the general idea being that from song title down to squiggling etch-a-sketch synth lines the track represents the only possible progression for the Clipse from Hell Hath No Fury: that is, a pendulum swing away from where you probably wanted, from Biblical anger toward gooey post-Obama contentment. The brothers’ verses shoot across Pharrell’s yacht-hop beat like jets across the Pacific Islands, sun glinting off their chrome. It is light-headed and giddy at that altitude, exuding a sort of wholesome oneness with the universe later redoubled and grounded by Malice’s album-defining lyric, “I thought life was fast bitches, fast cars / Life is with your kids, watching Madagascar,” a couplet that caused the blogosphere’s collective sphincter to dilate to near hallucinogenic levels, making a real mess that I find totally cool, stench- and mess-wise.

Because: what’s the opposite of infamy? Whatever it is, the Clipse want it. That after so many years the duo would kick against their blog-ordained status as archvillians is not only understandable but humanizing, really. In its unabashed cheesiness “I’m Good” shows the Clipse at full stretch, reaching with toes and all to define a new artistic boundary, and in so doing exhibits the entire muscularity of their aesthetic. Anyway, I love “I’m Good,” regardless of the general populace’s take on it, but it’s just one track of twelve for me to burrow into here. Which is why I’m ditching that old draft, because as I’ve learned in the ensuing weeks since this album’s leak it’s not even unanimously the most noteworthy cut here. Betz thinks the verses on “Footsteps” are the album’s key moment; others defend “Freedom” or “Kinda Like a Big Deal”; “Popeyes” keeps popping up on year-end lists; I’ve had an argument for “Life Change” presented to me that I conceded some points on; there’s some shit on this last runthrough of the record that I love about “Champion”; and so on. Maybe you’re a Keri Hilson fan.

All of which is to say that if everybody’s vociferously defending a different track, and if these are rap-literate people with strong taste in non-Clipse matters, which they are, that it is fair to surmise that there are a lot of good tracks here, each confounding some parties and engaging others. From which conclusion I will extract two more: that as an album, and including mixtapes, it is merely the Clipse’s first that refuses to cohere, which is why critics are giving it bad scores; and two, that as people’s preconceptions for it fade and as they move from this album into new work that doesn’t have the universal esteem of Hell Hath No Fury burdening it, history will be very, very kind to the thirteen tracks contained herein. Let’s call it the Amnesiac effect: because individually, everything here is better than most of the other rap released last year.

None of which may be what you, individual human, wanted, but so be it, right? It’s the Clipse album you’re getting. It elects not to follow in the traditional All Music-style Discography for which critics adore the Clipse, a decision that, in 2009 hip-hop, when about seven of the best albums of the year were free mixtapes, I can’t exactly fault the Thornton brothers. The climate has changed, and HHNF may go down as one of rap’s last great statements under the old format. What they have done on its proper follow-up is neither lazy nor hollow, merely undefined, making no clear promises on future plans. On the two post-HHNF mixtapes they honed a particular lyrical slant to diamond-cutting levels of precision, perfected it, and so here it is as if they looked at them, at the Andre-broaching individual lyricism Pusha keeps creating under that banner, at the decade-resuscitating album-length sonic narrative of HHNF and at the epochal singles of their debut, all these milestones still utterly unrewarded by sales, shrugged at each other, and said, “Okay—what now?” And while what’s next is probably nothing they toy with here, the Clipse remain the most thrilling duo in rap to watch blow through studio money—chintz-pop, Ye verse, auto-tune and all.