1. Devil’s Elbow
2. We Both Go Down Together [mp3]
3. Evoking A Campfire Singalong
4. The Gymnast, High Above The Ground
5. Here I Dreamt I Was An Architect
6. Dracula’s Daughter
7. Wonder
8. A Brief Introduction To Shirley Collins
9. Barbara Allen
10. The Engine Driver
11. On The Bus Mall
12. A Skull, A Ship, And A Sheep
13. California One/Youth And Beauty
14. The Bachelor And The Bride
15. A Cautionary Song
16. Red Right Ankle
17. Bandit Queen

Other Records by Colin Meloy 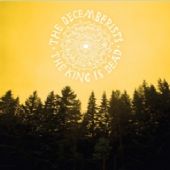 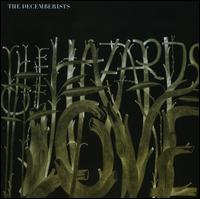 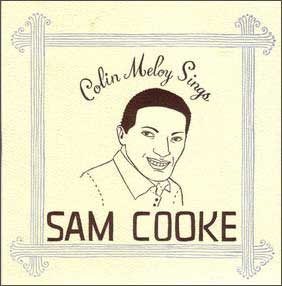 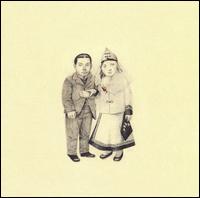 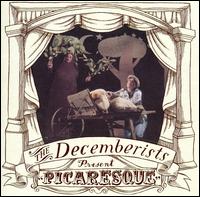 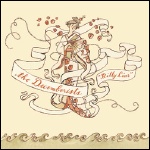 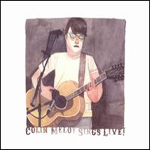 Here is a review written by a Decemberists non-fan. You see, my relationship with Colin Meloy’s squealy charisma has more to do with memories of cheap beer and a houseful of stoned teenagers than with any sort of headphone revelation. I don’t own Picaresque (2005), and I’ve never spent any significant amount of time dissecting Castaways And Cutouts (2002) because I’ve never really had to, because “We Both Go Down Together” has cropped up at enough parties for me to understand that the Portland scamps’ brand of hyper-sincere indie rock simply doesn’t strike me the same way it does most. I kind of feel like the guy at those parties who doesn’t smoke pot because it gives him a headache, but instead I don’t really enjoy the “Red Right Ankle” sing-along.

Sings Live! isn’t persuading me, the non-Decemberists fan, one way or the other, though that’s probably not its intent. Colin Meloy has released a mildly enjoyable collection of stripped-down numbers interspersed with some insights into the material and some self-deprecating humor. Predictably, enjoyment hinges on one’s affinity for Meloy and his band’s output.

The heart of the Decemberists appeal is certainly on display here: considered, occasionally poignant poetry delivered in Meloy’s strained, nasal tone. The skeletal arrangements are quaint enough and allow Meloy’s trembling tenor space to breathe or give him a forum to display his charming sense of humor (he takes a few minutes out of the set to lightheartedly mock himself while playing his “worst song ever,” “Dracula’s Daughter,” which is delightfully horrid). It’s difficult to dislike anything on this disc, as there’s so much earnestness to Meloy, whether he’s crooning or giving a history lesson about Shirley Collins, that it’s most certainly a pleasant listen.

Interminable length aside, the actual content here is nothing radically different from expectations. It’s the Decemberists (with a little solo material and a couple covers throw in) minus Funk’s guitar antics; a charming, no frills set. The aforementioned “We Both Go Down Together” sounds a bit better here without the crowded arrangement it had on Picaresque and “The Engine Driver” features a fantastic section in which Meloy steps back, allowing the audience to join in on its anthemic chorus in full throat. There are lulls as well, which is to be expected over the course of an hour and fifteen minutes: “A Cautionary Song” has always been a bit of a bore, its chords are positively inane to my ears, and the sparse instrumentation doesn’t do anything to change that reality; Meloy also attempts an ill-advised cover of Shirley Collins’ “Barbara Allen” that never quite feels right, in part due to the fact that it doesn’t seem to suit Meloy’s vocal style.

It’s evident that his fans absolutely adore him, giving generous applause after each song, laughing at his jokes, and generally fawning over him for the duration of the set, and to his credit he seems to have the same sense of adoration for his fans. This release is sure to be scarfed up by those same Decemberists enthusiasts, and few others, which is as it should be. Sings Live! is clearly an offering from Colin Meloy to his devoted fans who have either especially enjoyed his shows or have never had the opportunity to attend them. In that respect, this live collection achieves its (hardly lofty) goals, and for that Meloy should be applauded, perhaps not as raucously as at his shows, but, y’know, a golf clap would be appropriate.