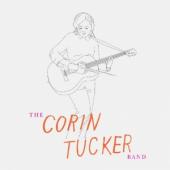 She does, of course, know a thing or two about blistering riffs and devastating lyrics, but above all earthly things there is Corin Tucker’s voice. It’s a force, a leveler of lesser things, and there’s a primacy in the way it hangs over a song, like a wisp of smoke over a vast swath of scorched earth. It has been known to take a lot of different shapes: it’s been a bleat, a coo, a shriek, a howl, a screech, or sometimes, in a song like “The Fox,” it’s morphed into each of these things over the dizzying span of about thirty seconds. But no matter its shape, something about its underlying force is mesmerizing. For a year or so after I first heard Dig Me Out (1997), I was so spellbound by Tucker’s voice that I started to picture it as an object that breathed apart from her physical person. I envisioned the cartoonish and admittedly ridiculous scenario that right before every song she actually has to unhinge her jaw to let out that voice: snarling, its fur porcupining, scrap metal instead of quills, breathing fire, or perhaps even more likely imbued with the enviable power to burst into flames whenever it damn well pleases. I can distinctly remember the first time I saw footage of Corin Tucker sing; I was dumbfounded at the fact that all that racket was exiting, unseen, out of something that looked like a very ordinary human mouth.

For eleven years, Tucker’s voice was—along with Janet Weiss’s percussion and Carrie Brownstein’s riffs—one of the elements of Sleater-Kinney, all of which were elements in the same way that fire and air and plutonium are elements. Along the way to their best and final album, The Woods (2005), Sleater-Kinney grew into something that was both gargantuan and egalitarian: Weiss’s quaking drums and the kinetic bob-and-weave of Brownstein’s guitar matched, somehow, the otherworldly swell of Tucker’s voice. In nearly any other band, one of these things would have dwarfed all else, but in Sleater-Kinney one element just pushed the other elements ever farther into the stratosphere. And so while Tucker was the band’s primary vocalist, it would have felt weird to call her the frontwoman. Unencumbered by the politics of the frontperson spotlight, her presence in the band was enigmatic: a singer who was left to just sing, towering but somehow hidden in plain sight.

Apart from those other familiar forces, it was difficult to imagine what a Corin Tucker solo album might sound like. And 1,000 Years is something of a departure for her—it’s stomping, twangy, and occasionally quite sparse—complete with a change in her voice. It doesn’t strut with that angry bombast that gave so many Sleater-Kinney, Heavens to Betsy, and Cadallaca songs their punctuation. Since 1,000 Years grapples with reconciling past and present and asserting an identity apart from husband-and-kids (“Who is that zombie that’s dressed in mama’s clothes?”, a family wonders on the title track), 1,000 Years is, at least in part, a record about being a mom. But 1,000 Years is refreshing because it doesn’t tread standard “ex-frontwoman making a mature solo record” ground. It might sound that way for brief spurts, but Tucker plows that ground wide open, proving that even when she’s playing the acoustic-guitar-wielding mom, she’s still ripping shit up from the inside out.

Take “Pulling Pieces.” It begins with a clean, muted riff and Tucker singing in a plaintive falsetto about a “worn out box at the top of the shelf,” full of old memories. There’re a few bars of a pre-chorus that start to rumble like a sidewalk right before an earthquake, and then the song tears open, big as the sky. “I’m just a shadow of what I used to be,” Tucker wails over a mountain of distortion. There’s a similar structural dynamic to a lot of the songs (“Dragon,” “Half a World Away”) and then there are tracks like “Riley” and “Doubt” that come out of the gate bounding with that freewheeling energy, and only amp it up further when the chorus hits. These moments are also reminders of her talented backing band, guitarist Seth Lorinczi of the Golden Bears and formidable ex-Unwound drummer Sara Lund. There’s something so gratifying about the way these songs build—animated by the freedom of something suppressed and then suddenly let loose and roaring.

A thematic chill runs through 1,000 Years (a narrator turns up the thermostat as she says in her head to someone she loves who’s far away, “It’s always summer where you are”; the almost excessively maudlin “Thrift Store Coats”) and it seems to be leading right into the record’s final shudder, the stark and gorgeous “Miles Away.” It’s a ballad—which is never something I’ve heard Tucker sing, or at least not like this. It’s a showcase for a stunning pathos in her voice that’s never quite come through in a Sleater-Kinney song. Just when you think you know every shape Tucker’s voice can take, she shows off one more.

Most talk of Tucker’s solo music is going to try and evaluate it in the shadow of Sleater-Kinney, which is unfair and also something of which I’m not not guilty (this is, after all, Wea Culpa week, and you best believe we’ll be timely in reviewing a new Sleater-Kinney record, should any of us live to see that glorious day). But 1,000 Years is worthy of removal from that lopsided contest. It’s a deeply felt, lively record that stands tall on its own merits, and further proof that Tucker’s talent is bigger than that which can be expressed through one band’s sound. Her voice—like the weird, snarling porcupine who can spontaneously catch fire, or the mom who can rip the sky open with her electric guitar—is the stuff of legend come to life.