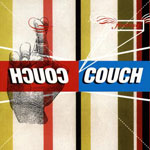 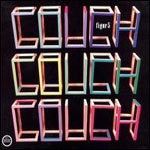 German instrumental band of untypable song titles, Couch has lasted much longer than they had any business to. After the vast melodies of old favorite Fantasy, an album promising enough to garner a licensing deal with Matador, the band dropped the bereft and unsatisfactory Profane, and even the New York label’s golden seal of quality beaming from beside the barcode couldn’t save the band from what was sure to be a swift and permanent retreat into obscurity. Five years passed, and every day seemed further confirmation that Profane was the career-ender most assumed it to be.

So imagine my surprise when the band inconspicuously drops the uncomplicated and perfectly pretty Figur 5 into my iTunes’ lap. Eight dollars later and it’s confirmed: the band has returned not with a roar (it is German instrumental rock, after all) but rather a proficient, unoffending and completely unremarkable bid at respectability. Figur 5 sounds damned near apologetic for the band’s misstep a half-decade ago.

The band has thankfully returned to the familiar embrace of Fantasy’s melody, but not to the distinguishing contrast of its ferocious heights and cold detachedness. Keeping it simple seems to be Figur 5’s zen mantra, from opener “Gegen Alles Bereit” unimaginatively working through its grand, mid-tempo gesticulation to how appropriate “Alles Sagt Ja” might sound backing yesterday’s favorite power chord indie act. “Zwei Streifen im Blau” and “Blinde Zeichen” provide obligatory handclaps-as-snare snaps and muffled bass drum for the album’s resident “electronic songs,” but it’s as obvious and counterbalancing a move as their primary melodies are immediate and likeable. Later, “Manchmal Immer Wieder” introduces some space to an album that can often seem so compact as to restrict the listener’s breath, but even its loose drum beat and cymbal wash over echoing keyboard tones, build inexorably for over five minutes to directionless guitar touches and repetitive, disposable riffing.

“Einhängen und Positiver” tells much of the album’s story. Meekly entrenched in a dynamic that barely bubbles above “quiet,” it thus never imposes on the album a sense of progression or rationale. Fantasy seemed a soundtrack to future cities and untold epics precisely because songs like “Gegen Den” surged mechanically through volume levels and consequently never felt the lack of lyrical imagery. By contrast “Einhängen und Positiver,” like most of Figur 5, is boringly straight - what little dynamics are here, such as the two-leveled “Position: Wieder Eins,” seem entirely predictable and, though comfortingly familiar, entirely rote. By album’s end the listener neither hates nor loves Couch; the band’s return is happy to safely illicit no reaction.

Figur 5 is a cautious effort, one painted by now-distant failures and the hope that people have short memories. Fortunately, five years is a lifetime in the world of pop music, and the blandly sub-par Profane is really nothing to be ashamed of next to the orgiastic insecurity disorder of mainstream pop. But, after a five year wait, the listener is a bit poorer for the experience of these nine songs that seem too afraid to leave the ground.