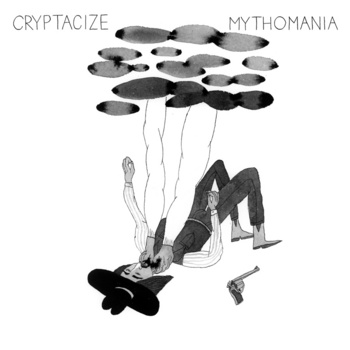 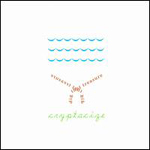 Count this Conrad’s careening over the edge of his youth into the void of his looming thirties—I’m going to posit busyness and over-stimulation as a generational paradigm pitted against an edifice of patience and hard work established by your forebears. Then I’ll talk about how television rots your brain, the virtues of investing early, and the insidious nature of property taxes. Homeless people should also get jobs.

Maybe it’s because the “album” (and that this requires quotations is telling) I listened to directly before Dig That Treasure was Girl Talk’s requisite clusterfuckery, and while running on a treadmill, too, in an act itself like aging in how it assesses, or hopes to outrun, one’s drooping chest and wheeziness at the top of stairs. Without impending cardiac arrest his cut-up monstrosity certainly isn’t very good past its first ten minutes, or is the apotheosis of novelty satiation as music’s pitiable attempt to compete with Beowulf in IMAX 3D. But there’s no denying the density of its content; Girl Talk is exhaustingly non-committal in how it packs as many ideas into one spot without exploring a single one of them. Grooves are found and then soon abandoned. Novelty is presented and then disposed of. There’s a lot to listen to, but little to like.

So begins my Cryptacize listening experience, decidedly opposite both in that it’s thankfully free of gasping and torrential sweat, but also in that there’s a lot to like and not nearly enough to listen to. The almost completely inconsequential back story goes that former Deerhoof guitarist Chris Cohen joined with seraphim-voiced Nedelle Torrisi, found barely-present percussionist Michael Carreira on a YouTube video, and there you have Cryptacize’s Dig That Treasure: a spare copse of songs with plenty of pauses, very little instrumentation other than guitar, autoharp, and aforementioned, emaciated percussion, and a meager vision for what might have been possible with these ideas. If Girl Talk captures the imagination of those for whom style is essence and subject matter poison, Cryptacize leaves that substance painfully unembellished, malnourished, and near-naked.

Dig That Treasure’s two best tracks are, far and away, the catchy “Heaven is Human”—one of the few instances in which the trio cohere to the repetitiveness of a chorus and, thus, one of the few moments that remains in memory in the minutes after the CD has whirred to a halt in your disc drive—and the fractured, but equally accessible, “How Did the Actor Laugh?.” Each transcend Cryptacize’s formula of simplicity to a fault in the excellence of their individual pieces, but are a rarity among brethren for that. Posit against these “We’ll Never Dream Again” and the title track, each outdoing the other’s listlessness when so unfortunately placed next to each other in the track listing, awkwardly jagged and exposed for their treble guitar and Torrisi’s beautiful (if terribly bare) voice.

Whatever refreshment one feels for how these songs quietly counterpoint the all-bottom end, adrenaline-crazed fist fight of overproduced, overstylized dance catalysts, is eventually lost. Much of Dig That Treasure is just too sparse, too compartmentalized and disjointed, and features too many languid stops in which momentum is grindingly killed, to control one’s attention for longer than its first few, stronger songs. Had the general aesthetic of timidity and abandoned vocals been a part of a more complex, complete whole, then perhaps the originality of the choice to stand back, at least vis-à-vis the band’s more hysterical, Girl Talk-ian sweat mongers, might have been easier to appreciate rather than this alienating, lackluster eavesdrop on intimate songwriting.