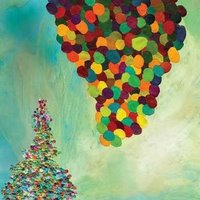 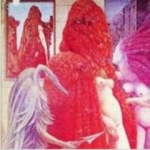 This is a tricky behemoth to categorize. I’ve scoured the internet for a fitting genre tag to place on this group, and, disappointingly, the best I’ve stumbled upon is “psych rock.” I mean kinda, but not really. And “post-hardcore” seems oddly fitting, but I’m pretty sure it doesn’t actually exist. So, in finding other categorizations useless, I’ll take a shot at it: Crystal Antlers take the more frantic sections of Single Frame’s early career, filter them through Fugazi’s Red Medicine (1995), and…uh…shit, I give up. Sorry.

One thing is certain: the mess of post-punk influences and shrapnel-laced riffage that is Crystal Antlers has produced something undeniably big. EP is in perpetual motion, a ball of exhausted and exhaustive energy that entices if only through sheer will. See “Arcturus,” all tumbling drums and cascading guitars and haunted organs that give in to contentious distortion, the vocals utilized only as veracious punctuation to an impassioned two minute fit. The bulk of EP proceeds in much the same way, careening all over the place, vocals and guitars competing as to which is more deserving of the adjective “squealing.” All of this urgency culminates in the aptly-titled “Song For The Torn Sky,” which collapses in on itself in a way that causes one to wonder how the tapes—or band, for that matter—survived the recording.

Thankfully Crystal Antlers understand the concept of restraint, that even messy heads have bouts of clarity. They know that even at just 24 minutes, simply bursting into cataclysmic orgasm for EP‘s entire duration would result in a monochromatic disaster. So “Owl” features a Wolf Parade-y organ and some deliberate picking before bursting into a more elevated state. “A Thousand Eyes” pulls back into a stadium-sized chorus of sorts, all building guitars and forlorn crooning that open up for a dreamy, hushed coda. None of this is particularly inventive—it’s just manic-somber-manic—but the guitar tones go from sharp to liquid, and there’s some velvety distortion. I’m a sucker for this kind of stuff.

In the vein of introductory EPs from indie darlings such as the Cool Kids, TV on the Radio, and Professor Murder, EP serves as an intriguing springboard from which Crystal Antlers will hopefully further work through their influences, melding their aggression and slight pop sensibilities into something more fleshed-out. For better or worse, EP is one of the most confrontationally cathartic releases of the year, fun to listen to in that the listener feels a part of the excitement and unbridled release on display. It’s big, as I said, and it’s hard not to come away from it feeling like it’s setting us up for something much bigger.