Other Records by Curren$y / The Cool Kids 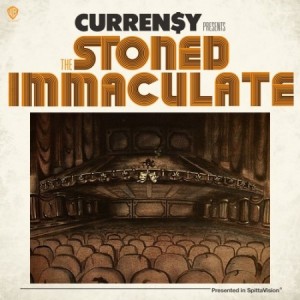 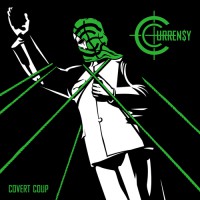 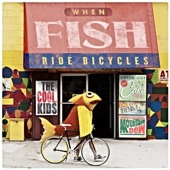 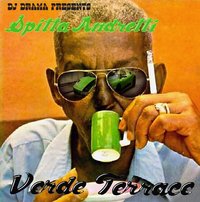 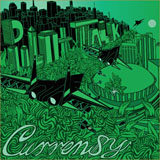 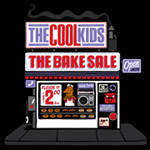 There’s a moment halfway through the first track on the new Curren$y record that forecasts perfectly the 70 minutes to come. Over an easy guitar line Curren$y drops some typical introductory pleasantries, nice enough but utterly skippable on repeat listens. But then the beat drops out and Curren$y, who has been leisurely addressing those in the studio with him, flips casually toward the listener, “I know ya’ll digging this beat. You wonder what I’m a do with it. If I’m a talk or just let it fade out. Or if I’m a get at it,” letting the final suggestion linger for an instant before dropping in swiftly but landing soundlessly and running away with the track. He rips it for a minute from there—doesn’t burn the track, nothing to commit to memory really, just straight flow for a minute and the beat, sated, fades out.

This is the mood of This Ain’t No Mixtape, Curren$y’s proper debut but a release that moves with the sloppy urgency of a great mixtape. Curren$y lavishes himself with an effervescent crop of beats but pays them tribute with an effortless and airy sense of subtlety. This flow! It’s not revelatory but it is instantaneous. He sounds best dissing with the sort of looseness best followed by a high-five: “I’m a hard act to follow / Niggas need luck better rub that log at the Apollo.” This mixtape (ain’t no mixtape and also) is not perfect: his attempts at menace are boorish, and when he plays his hand too hard on the hooks the results can be garish (see: “Scared of Monsters,” “LOL”). But no mixtape should be perfect, right, and these moments are rarities on this generous and largely genial release, full instead of fluttering synth lines, limber lyricism and a breezy sort of cockiness. It is scattered with sublimity: the dusky flute loop rising through “Galaxy,” the vibes and stoopid hook of “Elevator Music,” the sci-fi shimmer of “Food 4 Thought.” And, yeah: if “The Jets” doesn’t have the best bounce I hear this month, I’m gonna get evicted.

In the Cokemachineglow tree fort we discussed recently the term “barbecue rap” as it related to the excellently anachronistic, backpack-friendly Tanya Morgan record Brooklynati. That record’s De La soulfulness exudes neighborliness and warmth pretty blatantly, but somehow this gently thuggish Curren$y record also feels applicable. The similarities aren’t exact. Maybe I’m just barbecuing a lot right now, or maybe like pornography I know barbecue rap when I see it. But: in the strange inversion currently occurring in hip-hop, wherein the virtues of the traditional underground are switching with the licentiousness of the mainstream, there seems to be blossoming a strange brand of rap track, less aggressive and more convivial in its braggadocio and sonically composed of equal parts electronica, top 40 pop and new age as much as it is hip-hop; and this type of track, found as easily on Paper Trail (2008) as on Starshipz & Rockets (2008), seems imbued with warm weather and a sort of post-Obama “up with people” sense of familial optimistism. Or maybe rappers are just listening to more P.M. Dawn these days.

“Summer Vacations,” off the new Cool Kids mixtape Gone Fishing, might embody barbecue rap more fully than anything off This Ain’t No Mixtape, with its curlicues of smoky synth lines evaporating lightly in the air and its windows-down slow-rolling bass line and its, you know, title, but the mixtape from which it is culled is interesting for entirely different reasons. Indeed, Gone Fishing presents a shift in the Cool Kids’ ethos. Previously guarded, unwilling to step rashly into a bad verse or non-classic beat, they seem disarmingly lax here, kicking out a long, loose tape. Their aesthetic previously seemed crystallized into a few lines and sounds—that cymbal ride on “What It Iz,” the hook on “Black Mags,” the line “the concept of rocking shows is so old”—but here it’s stretched to full-length, parked in plain view and hood up, ready for investigation. This sonic idea they presented so earth-shatteringly a couple years ago appears, here, sorta approachable. Understandable, even.

It works. The amount of basketball and videogame references on Gone Fishing is truly idiotic, but Chuck’s flow has matured into something noteworthy: he sounds like he’s breathing through his ears on the first track. Opening up the hooks for Renaissance (2008)-reminiscent crooning on tracks like “Jump Rope” and the breathtakingly hot “Weekend Girls” shows an appealing willingness to fuck with their established formula. Don’t get it wrong: I still hope When Fish Ride Bicycles is like twelve perfect singles, and it’s good to hear that Mikey will still drop a phrase like “Rosey O’Donnell thick” on a track they’ll still kick like “Gold Links”—vintage Cool Kids, nothing out of place. But “Premium Blends” (for example) sounds less like the Cool Kids and more like just a really hot track, and by the time the MTV Jams staple “Pennies” rolls around, updated with a winsome Ludacris Guest Verse™, it becomes clear that the appeal of this mixtape isn’t that of an underground crush maintaining heat but something else entirely. The revelation is, instead, the sound of the Cool Kids being assimilated into the mainstream without sacrificing any of their singularity. When MySpace stars start looking like album artists and a No Limit also-ran turns a mixtape into a profoundly promising debut, rap is headed some place strange and new indeed. Fortunately, Bun B can guest on anything.