Other Records by Cursive 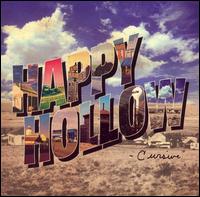 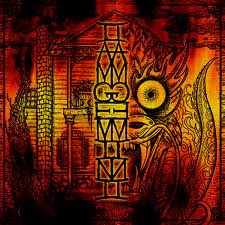 It is an odd truth about theatricality that in order to evaluate it honestly one must first ignore it completely. Theatre is window dressing, which is not to minimize its importance, but in order to, say, rite a review of a theatrical thing you should always start by asking, “What is this thing without the window dressing? What is it without its theatrical flourishes?” Only once you’ve been able to get a sense of the nature and quality of the thing itself can you add back in the theatricality and see if it adds or subtracts from the work, if it enhances or distracts.

I guess what I’m trying to get at is, when I write that Cursive’s new record I Am Gemini is a complete waste of time, I’m not writing that just because it’s written as a rock opera complete with thirteen pages of stage directions in the liner notes. But I’m also not exaggerating. The experience of listening to this record is literally not worth the time that it takes to play through the whole thing. Hell, it’s not even worth the time it takes to download it. Because when you take away the theatrical flourishes, the host of indistinguishable characters, the melodramatic tropes and set pieces, and even the stage directions/liner notes, and ask, “What is this thing in itself?” The answer comes back: “A pop-punk abortion.” And please don’t read that sentence to say, “pop-punk = abortion.” That’s not what I mean, because I Am Gemini is both pop-punk and an abortion.

Now, pop-punk is a designation that I’m sure will be, uh, let’s say, controversial among Cursive devotees, but it applies here. This is, I admit, odd and uncharacteristic for the band. What’s made past Cursive album’s effective is Tim Kasher’s ability as a songwriter to blend dark and complex themes with biting, clever, and even funny phrasing and lyrics. But I Am Gemini makes no attempt, as Clay has attributed its predecessors, to “juggle big ideas about music and art and religion and sex.” Instead, Kasher uses a uniform rambling diction for the voice of several characters, most often his eponymous twins who identify corporately as Gemini (natch). The boys are nameless psychopathic orphans so enraptured by their own goofy torment and self-loathing that they are less Cassius and Pollock than Joel and Benji Madden. Their monologue/dialogue/navel-gazing is often wince-inducing and profoundly unfunny when it attempts to be acerbic. And what is the hallmark of pop-punk if not the obdurate narcissism and unfunniness of its practitioners?

Even worse, the record plays like a rough draft, a wild first stab at an album scrawled on the back of a cocktail napkin. Gemini is an effort so manic and unfocused that it barely coheres enough around it’s stilted little center to be called an album. Again, this is odd, since Cursive have been putting out overtly theatrical concept albums since 1998, most successfully with 2003’s alternately lush and shattering The Ugly Organ. But Organ, and Happy Hollow (2006) which followed it, elegantly married a melodic guitar rock mentality to a genuine, albeit somewhat milquetoast, version of art-core teased out dramatically with the puncturing squeals of violins and Kasher’s bracing scream. It was easy enough to believe the pain or shame of the characters that slouched through those records because the sonic backdrop functioned like stagecraft, underscoring themes, setting tones, eliding the spaces between Acts.

Gemini achieves none of these admirable effects, and leaves its titular wretches in much the same position as the album’s plot finds them: abandoned without backdrop or support, naked and wanting and thin as cardboard cut-outs. After the somewhat true-to-form opener, “This House Alive” effusions of instrumentation never jitter together at the same frequency long enough to form a whole melody, and dashed off lyrics never congeal into discernible themes. Even at the level of individual songs, every time a listener thinks they may understand where the record is headed, that gestating concept is snatched away and replaced by something warped, disjointed and unsatisfying. This mania finds expression in the crooked meandering of “Double Dead,” all through the schmaltzy and fractured “Warmer Warmer,” and when Kasher actually takes a mulligan around the 2:20 mark of “The Sun and Moon.”

Adding insult to grievous injury, Kasher seems to be trying to suture all this discord together with a plentiful—some might even say obnoxious—number of gymnastic metaphorical exercises involving the eponymous twins. I mean, a full five of the thirteen songs in this track list have titles with winking references to duality, and four others are themselves part of two-song couplets with complementary titles. Clunky and obvious plot mechanics centering around duality are in no short supply. A devil and an angel, two sides of the same coin, twin dragons, schizophrenia, etc. You get the picture. Geysers of bloodspray occupy prominent roles, although they’re not as entertaining or redemptive when you don’t actually get to see them.

An actual lyric that mixes similes worse than Biff Tannen issuing enraged threats to Marty McFly: “You’re like the sun and I’m your moon / You are the glue, I’m bonded to you / I can see through you like a two way mirror.”

But even with all its flaws, I Am Gemini would probably be entertaining, even appealing, if all of this mayhem were given a chance to play itself out on an actual stage. In fact, many of these songs seem to assume that they will be accompanied by visual reference points to flesh out their ambiguity and excess. So when we get around to assessing the theatricality we find, surprisingly, that there’s not enough, and this record suffers from an abundance of drama and no literal theater to house it. Maybe Cursive should have taken this show on the road, let audiences witness this demonic pair wailing and stabbing and bludgeoning their way through their lurid source material. It’s hard to say how a stage show would have turned out, but one thing is clear, as a standalone rock album I Am Gemini gets the hook.