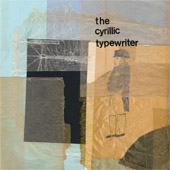 Does it make sense to speak of a “Canadian music scene”? On the one hand, Canada is the second largest country in the world; big scene, right? On the other hand, Canada as a whole has roughly the population of California, the majority of which is concentrated in a handful of cities near the US border. Whatever the case, to a yankee like myself the incredible Canadian indie rock boom of the mid-aughts felt like a singular phenomenon, as bands like Wolf Parade, Arcade Fire, Destroyer, and the Constantines managed, in the space of a few years, to pulverize and remold the remnants of what had been a quintessentially American genre. And even if that remarkable onslaught has tapered off a bit in the last few years—Wolf Parade and the Constantines have all but broken up, the Arcade Fire bought a house in the suburbs and won a Grammy—there are still many noteworthy indie acts coming out of the country each year.

Enter Jason Zumpano, the Vancouver-based percussionist and pianist who is both godfather and torchbearer for the Canadian Indie Rock Invasion. His first high-profile act, the stellar power-pop outfit Zumpano, was formed in the early ’90s and featured a young AC Newman on vocals and guitar. After dissolving his eponymous band, Zumpano changed his focus from drums to keys and went on to work with Loscil and Destroyer (he was the pianist on the revered Streethawk: A Seduction [2001]) and release his own music with Sparrow and Attics & Cellars. The Cyrillic Typewriter is his newest project, and the band’s eponymous debut is an air-tight, deceptively complex, immensely enjoyable gem of a record. It gives the listener the rare pleasure of hearing a band create and perfect a distinctive sound all at once. Which isn’t to say that there no points of comparison for the band’s sound—their surreal whimsy is reminiscent of vintage Elephant 6, while their unpredictable-yet-impeccable sense of dynamics hearkens back to fellow Canadians Transistor Sound & Lighting Co.—but that the elements the band pieces together are seamlessly integrated into an aesthetic that is very much their own.

At the core of the Cyrillic Typewriter’s distinctive sound are two basic elements: insistent repetition and abrupt transformation. In the first place, nearly every track on this album features at least one section (a loose term, I know, but words like “verse” and “chorus” just don’t really cut it with these songs) of extensive, often unaccompanied vamping; the guitarist will sit on a single minor chord for twenty seconds, for example, or the cello might cycle through a single three-note phrase for the duration of the entire song. Indeed, a few of the album’s shorter songs like “Flossie,” “Names,” and “Siren Sounds” are almost entirely constructed upon these ostinato figures. But Zumpano and his bandmates are hardly short on ideas: there is as much development here as there is stasis. Songs often start out in one key and tempo and end up in another altogether, and the band covers a remarkable amount of ground by way of this protean approach to composition, often exploring a variety of moods and textures within the space of a three-minute track. Zumpano & Co. combine these two techniques (repetition and sudden progression) to assume a masterful command over tension and release, which is ultimately what propels most of these tracks in lieu of traditional song structures.

This complicated dynamic—which, it should be noted, never sounds anything but effortless when these guys put it into action—is most fully realized on “The Family Five.” The track starts with a repeating cello figure that is eventually doubled by Zumpano’s piano as he coos a few lines in his affable falsetto, but just when the percussion pops in and you’re getting comfortable with the rhythm, it drops out from under you. A few pizzicato notes on the cello lead into a more mournful figure, which then transforms into the dreamy strum of an autoharp as Zumpano intones, “Somewhere, somewhere, somewhere.” A single ominous organ chord then takes over while Zumpano sings another short verse. Finally, after another short (and different) pizzicato interlude, the song resolves with the band taking a gentle swan dive back into the tonic—recognizable as such, although it would be hard to say where exactly they established that key—before fading out with a transposed version of the original cello line. This all sounds rather laborious on paper, but in the song, it happens in the space of just over four minutes, and remarkably not a note feels out of place with what precedes and follows it. And that’s the unexpected treat of this record: what seems at first listen like a collection of upbeat, quirky indie pop reveals itself, upon repeated listenings, to be an immaculately constructed set of mini-suites, held together by Zumpano’s graceful writing and his bandmates’ expert craftsmanship.

To say that the band has a clearly defined aesthetic doesn’t mean that they rigidly adhere to a formula, as the stylistic detours on “The Lonely Inn” and “Sway” demonstrate. “The Lonely Inn,” a brief acoustic ambient interlude, provides a welcome moment of calm in a decidedly busy record; “Sway,” on the other hand, is simply a great calypso song, all breezy steel drums and jaunty piano riffs. And sometimes, as with “Fellow Workers,” Zumpano is just content with writing a straightforward (if somewhat incomprehensible) pop song. Enjoyable as these tunes are, though, it is the more complex songs that keep me coming back to this album over and over, and still, with each new listen, I am finding detours and details in these seemingly innocuous ditties that a lesser band wouldn’t even attempt, much less pull off. As great as this album is, its compositional depth makes me even more excited to see what Cyrillic Typewriter will do with their finely-honed sound in the future. Two decades in, Jason Zumpano sounds like he’s just getting started.