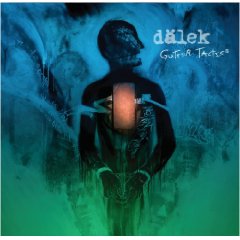 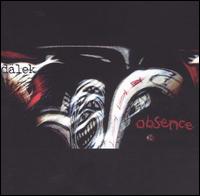 Well, fuck it, I’m not going to wait anymore.

Dälek has released one of 2005’s most curious albums, and possibly one of its best: a roaring bitch of a hip-hop noise album that screams and burns and shatters and coughs up blood to spit in your ears. Featuring shimmering, intricate industrial horrorscapes, wicked turntablism, slow and dirty beats and a brooding emcee named Dälek, the collective slays. But apparently, Dälek exists in some weird nexus between the experimental metal and hip-hop crowd, whining with too much tight turntablism and rapping for the experimental metal crowd and too much massive industrial droning and fractured noise for backpackers.

It’s perhaps fitting that neither side will claim Dälek, because, frankly, the group deserves a shelf to itself. It’s also fitting that they’ve found a home at Ipecac, experimental vocalist Mike Patton’s label. The sound Dälek has created is certainly experimental and is truly massive. Octopus, the man behind the soundscapes, has stripped out all the bells and whistles that complicated the group’s sound on From Filthy Tongue of Gods and Griots and left a swirling, heavy husk. The “absence” the title refers to is wonderfully crafted emptiness lurking between the stuttered beats and the absence of any extraneous sound that may have been kicking around last time. What’s left is a mission statement writ in noise--copiously layered and sickly constructed, incredibly effective in amplifying Dälek’s mainly straightforward verses.

Opener “Distorted Prose” starts with Dälek’s rough but solid flow featured a capella. His lyrics are obsessed with social awareness, Chuck D-style. While some might roll their eyes at yet another political rapper, Dälek is sharp. Unfortunately, while his lyrics are usually smart, they’re not always decipherable alongside the music pulsing around them as they’re mixed lower than the average rap vocals. After a few beats of Dälek’s distorted prose, Octopus kicks in with his screaming death keys over a slow burning beat. As harsh as some of the sounds are, they’re always expertly reeled in by the fractured, slow beats.

“Asylum (Permanent Underclass)” is an early standout, but the album doesn’t really kick into high gear until the raging “A Beast Caged.” From that point until “Opiate the Masses” squelches out, the album is an alien masterwork of production aesthetic and uncompromising vision. It’s insane that what’s essentially a grating sound from a synth can be transformed and made to soar like a guitar in a Mogwai song, but it does on “Eyes Form to Shadows.” “Ever Somber” is a distortion drenched epic that may be one of the better songs of the year, at least until closer “Opiate the Masses” rolls on immediately afterward.

Dälek has released a call to arms for people who feel that Kanye West just might not be the best producer in hip-hop. It’s an album that shows what inventive production can do to add new dimensions to bored beats. Perhaps it’s telling that most of the people I know who like this album aren’t really hip-hop fans. For all Dälek’s talent, it’s clear his verses and rhymes, while potent, are nothing terribly new. What should drive interest in the band is the music they have created--a beautiful, bleak, pummeling leviathan that breathes ragged last gasps into listener’s ears and whispers “try and top me."