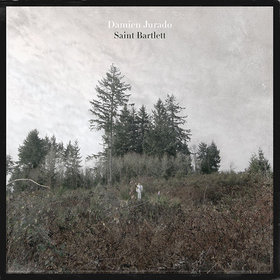 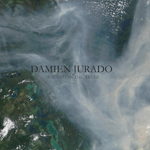 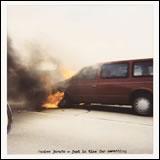 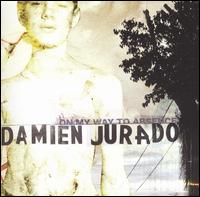 And Now That I'm In Your Shadow

If And Now That I’m In Your Shadow is Damien Jurado’s swan song -- and we have every reason to believe that it isn’t, what with three EPs and three albums since 2003, no sign of steam choking yet (it’s still fun to pretend) -- then his clues are anything but hidden. From the beginning, with “Hoquiam,” a knowingly sweet and somber ode to the Washington city, Jurado whispers over finger-picked acoustic and unabashed violin, “And lover, I am still here breaking chairs / Will I ever be the hero in your song?” His allusive ars poetica reveals a glimpse into the persona of a songwriter burdened with the stories and sins and tragedies of all manner of sepia American, especially when Jurado’s career is famously detailed in surprising aesthetic shifts, channeling a blatant array of Americana tropes (as if “Americana” isn’t a trope in itself) into accessible, evocative character pieces. “Hoquiam,” predictably deep into the vein of gothic/rustic folk that has been Jurado’s mainstay for the past few years, is as full of yearning as expected, because all of the dude’s characters end up yearning for something. Even so, the lyrics seem to long for a bit of self-indulgent truth. Why can’t Damien be the hero, be the tragic silhouette set against a featureless landscape where “East meets West?” Why does his catharsis always have to be filtered through phantoms? Why does “There Goes Your Man” sound like the mathematical mean between “Abilene’s” chords and “Window’s” structure?

If Damien Jurado is finally making a statement about his thematic approach and about his penchant for traditional ballads, Shadow is one shallow testament. But this isn’t Jurado’s final album, and even “Hoquiam,” for all its introspective reference to the Jurado canon, fits snugly with the album’s limited range of tragic, even fatal, love stories. This means another Damien Jurado album, which means another collection of plodding, closed chords, haunted couplets, gray noise, obvious string arrangements, some thin female backing vox, and an obtusely colloquial album title. Which means Jurado’s shtick is wearing frustratingly thin.

Confessional Shadow is, and so here’s a few: I’m in love with Where Shall You Take Me? (2003), and Jurado’s new LP only resolves that infatuation; I have a hole in my heart for Ghost of David (2000), and the new album only chafes at the edges; in retrospect, which I think is the only suitable way to approach And Now That I’m In Your Shadow, Jurado’s recent grace is compulsory, his sadness is boring, and his stories are Willa Cather stock. In fact, everything here turns out so middling, so simultaneously vacant and jaded, that I can’t help but feel like Damien and I are just plain breaking up.

Perhaps Where Shall You Take Me? is a useful point of study. Its refreshingly simple weave of beautiful melodies and nostalgic lyricism seemed to hone the many facets of Jurado (found sound, storytelling, stark instrumentation, bleakly optimistic tone, etc.) into a brief, unadorned gem. While Shadow maintains these strengths in similarly dismal scope, what was once concise and subtle is now dried up and flaccid. Frankly, every track off And Now That I’m In Your Shadow churns and churns together until the mix is one fat, mediocre black hole. Sure, like any interstellar anti-space, the album is able to suck surrounding sound into its pristinely produced forever-depths. Its uniformly ugly vignettes of lost love, cheated love, and morbid love absorb adjacent relationship worries and love grays in one lonesome swoop, reducing all of Jurado’s characters into victims and villains. Women are usually both. Its viscous cadence, both in acoustic guitar and overwrought song length, drowns Jurado’s normally patient and husky delivery, assimilating his vocals into yet another overlong, monotonous reason to yawn. Shadow appears to be huge, voluminous, layered, organic, honest, and thoughtful. Instead, its veneer flattens everything tried and true about Damien Jurado into Styrofoam pancakes, minus the syrup.

So, two songs are a success, if only for simply distinguishing themselves from the album’s overall morass. Those would be the title track, which uses massive cymbals, feedback, and brimstone harmonizing to create a tension no other song can realize, and “Montesano,” which is all rudimentary shoegazer and echoed falsetto, but still gorgeous and, really, succinct. Then again, “What Were The Chances” distinguishes itself through a casio beat, but seriously, screw that. Then again, the end of “Gasoline Drink” hits some cavernous and engaging percussive points and, like the pointless “Hotel Hospital” after “I Had No Intentions,” “Survived By Her Husband” develops a charming consistency through dabbling in simple instrumental suites. And that voice, his voice, it’s so warm, he sells those stories like a doe-eyed demagogue…OK…stop it, Dominic! You can’t defend this love any longer.

But I can’t let go! Maybe if I confuse my metaphors just a little bit more--

Tough shit, Damien’s just gotta deal with the inevitable. And Now That I’m In Your Shadow is flavorless. It might as well be his last album, because stuff’s only getting worse. You knew this was going to happen when On My Way To Absence (2005) pretty much stunk. Admit it.