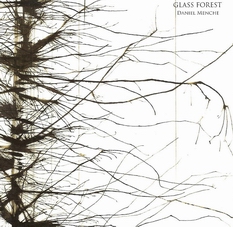 A lot of experimental and electronic artists refuse to name individual tracks out of a desire not to enforce specific associations with their music. Daniel Menche adopts this approach because his album titles already encapsulate a single image/idea he’s trying to work through. In fact, in contrast to most artists in this vein, Menche is quite outspoken. Just glance through these titles from his over-a-decade-long career: Bleeding Heavens (2007), Flaming Tongues (2005), Eye on the Steel (2004), Beautiful Blood (2003), Field of Skin (1997)...Keith Fullerton Whitman this ain’t. The quote on his website gives his modus operandi in as concise terms as possible: “Music is like one’s own blood—so amplify it! As loud as possible—make the speakers bleed!” And yet for all that, his music doesn’t even come close to the queasy, eardrum-shattering noise of Merzbow or Kevin Drumm, which is a plus in terms of accessibility. I’d go further though, and say that this approach allows the listener a marginal space where (s)he can hold the music at arm’s length, but that the music is constantly threatening that border between contemplation and sheer, physical impact on the senses.

Scoping out those titles might give you the sense that Menche is sort of the noise equivalent of David Cronenberg, and he’s definitely interested in the relationship between the organic and mechanical. Glass Forest evokes that idea perfectly: as the title suggests, crystal-clear tones are combined, refracted and cut-up to create something rough and dense. Likewise, the rawest static and distortion is often pushed back in the mix, as if the music was shedding its tattered skin to reveal something pure and silken. Menche seems to take the most piercing, visceral sounds and then chisels them into something more subtle, yet immediate—a clanking wall of industrial noise rendered into chirping crickets and perhaps vice-versa—while amplifying micro-tones into unrelenting drones that seem like they’re right inside your head.

Much of the three compositions on Glass Forest center around the use of high-pitched chimes or clusters of tones that play hypnotic patterns over the murkier, fractured sounds. This would be the “glass” part of the album; the presence of an odd sense of iridescence amid a million shades of black and grey. On the first track, this takes the form of shapeless tones way up in the high register that are barely audible, growing over some of the scariest drones this side of Sunn O))) (and to Menche’s credit, he creates this effect with only a fraction of the volume and intensity), and a sound like something rattling against the bars of a cage, which will prove to be another motif.

The second track is probably the best example of Menche’s collision between organic and industrial sounds: characterized by long, slightly-buzzy high-pitched sounds like fireflies, and a blaze of rumbling, crackling static, he slowly introduces more mechanical percussion and low bass tones like an idyllic summer camp-out in the woods suddenly intruded upon by a willfully destructive force. The development over the course of its 24 minutes is staggering, as if the whole forest had been paved over into a techno-battleground. On the third track, chimes play like warning bells, subsuming halfway through to furious punching-bag percussion; by the end of the album this percussion seems to be coming from all corners, with erratic rhythms that recall Supersilent’s most recent masterpiece. At the very end, these rhythms coalesce into a brutal death march, only to be suddenly lifted as the album fades out with a persistent, ominous rattling.

Needless to say this isn’t even remotely an ambient album, despite the degree of precision that Menche brings to his music. This is bleak, foreboding, harsh music that’s even more visceral for the way in which it transforms familiar sounds into alien landscapes. The violence is in the way you can sense, as a listener, the physical relationship Menche seems to forge with his sounds. Perhaps his outlandish descriptions predetermine the effect of his music, but “bleeding” his equipment seems pretty apt to me.