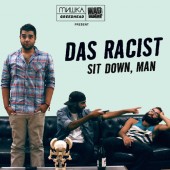 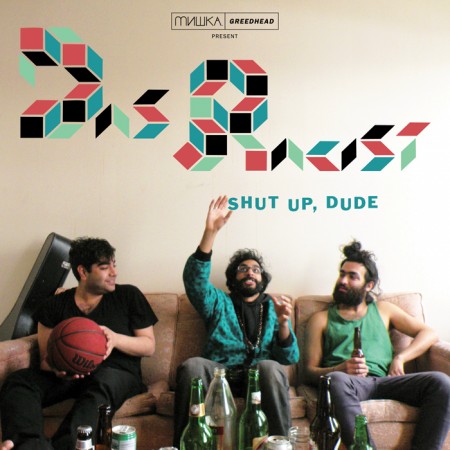 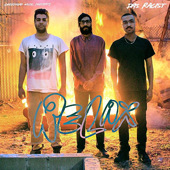 Like a ball of silly putty rolling through the zeitgeist, Das Racist would like to thank G-chat. They would also like you to know that RapGenius.com is white devil sophistry. I had to Google “sophistry” because I forgot what it meant; I knew it had negative connotations. It’s okay: on their last mixtape, which was great, they gave me permission to Google the shit they say. Shout out to everybody selling painkillers on Palm Pixies. All hail the Omnivorous-est Rappers Alive.

On Relax, which is not great, they sometimes roll through dog shit and the liquids that pool in the back rooms of strip clubs. It’s fine. When you ingest everything with alacrity—Twitter, weed, the best and worst of Netflix instant, ’80s electro-pop, the political ideologies of your neighborhood vagrant, LL Bean catalogs—violent indigestion is inevitable. I accidentally read a Zadie Smith novel once. It happens.

Because there is little that defines Das Racist besides their omnivorousness and their talent. There is no strain of soul samples, 808 clicks, or thudding electro that runs consistently through their fledgling oeuvre. Heems and Kool AD will place a poignant sentiment right next to a joke about how stupid their cover art looks or an off-handed reference to a long-running soap opera. Last year’s astounding Sit Down, Man sounds like and talks about a lot of things, after all, but it’s always smart, funny, and labored over. Even when our heroes rap over something as potentially disastrous as the sleaze-bounce of “Fashion Party,” there’s an edge to their drowsy piss-take; after Heems yawns, “I’m wearing fashion fabrics everyone in fashion knows,” he tacks on an overdub “cotton!”, which is funny as shit.

No such winks punctuate the margins of tepid genre exercises like club-rap track “Booty in the Air” or the Bhangra-ish “Punjabi Song,” which makes one wonder if they are honest attempts at sonic expansion. This is, in theory, a noble endeavor. In practice, it just sounds like Das Racist loathe their audience. Or themselves. Or music. Beneath the nauseated sun rays of closer “Celebration,” they just don’t try: “Blah-blah-blah-blah-blah, but you don’t hear me, no?” The track, with its extensive use of vague pronouns and disdainful cheeriness, seems to aspire to subversiveness the way a person dying of alcohol poisoning aspires to sexual intercourse. Which is to say it just sort of pukes all over itself while rubbing its flaccidity against the listener’s thigh.

But Relax doesn’t spend the bulk of its runtime mired in a ditch. “Michael Jackson” was divisive when it was released as a single some months ago, but I think it’s a funny, adroit take on the chintzy street-rap epics of Dipset’s golden era. Danny Brown steals “Power” by (surprise!) talking inventively about getting his dick sucked. Then, somewhere along the line, I think between some pretty okay track and some pretty bad track, “Rainbow in the Dark” comes on, and the varying grayness of Relax burns technicolor. Over a plodding synth, Kool and Heems gleefully skirt the line between pastiche and a diarrhea of proper nouns, sentiments coagulating briefly before dissolving into one another. A line about cave-aged cheese segues into a simile involving a brand of shoes no one wears; a fear of small towns is discussed in earnest; Joe Pesci and cheap vodka are discussed at one point, for some reason; you realize the way “sandwiches” and “outlandish, kid” fit together is both silly and kind of beautiful.

It makes sense that “Rainbow in the Dark” would feature on Das Racist’s first official release despite already appearing on Shut Up, Dude early last year, since it’s probably their best-loved track amongst fans. But it only serves to highlight Relax‘s deficiencies. Namely, that dudes don’t rap enough. On the title track, Kool AD spits, “Negro please, I know I’m an idiot / But I got a schtick, and I’ma use it a little bit.” Two minutes later, the song sounds like an animatron vomiting up a cigarette. It’s a shame Kool doesn’t seem to think his schtick is “being good at rapping.” So what follows are a series of maybe-serious experiments that aren’t much fun. Apparently, when you’re as omnivorous as Das Racist, you occasionally find yourself gnawing on your own limbs.