1. Ambiguity
2. Execution
3. Unmarked Grave
4. Walking Over You
5. Ever Rotating Sky 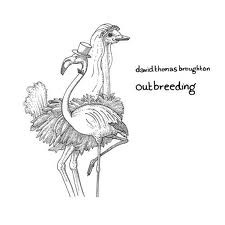 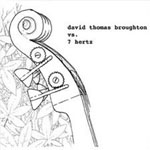 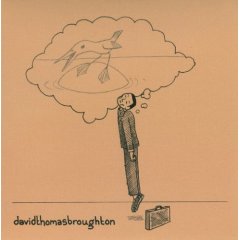 The Complete Guide to Insufficiency

Over the course of five songs and almost forty minutes of music, The Complete Guide to Insufficiency introduces the world to David Thomas Broughton: a singer-songwriter who could well become one of the most interesting and compelling figures of the neo-folk movement.

Simply put, The Complete Guide to Insufficiency is the darkest, most beautiful, enthralling, and rewarding album I have heard since Devendra Banhart’s difficult-yet-powerful Oh Me, Oh My in 2002. It is the debut record from both Broughton and Birdwar records and sets a high benchmark for both. Broughton has a lot of things in his favor: a great story to accompany this record (it was recorded live in one sitting); a voice that seems like a mix of the best elements of Vashti Bunyan, Nick Drake, and even at times an older David Byrne; a knack for difficult lyrics; and a skill with melodies that can sustain long and repetitious songs. So, basically, he could be unstoppable. If anybody ever hears this record.

The album is brazenly lo-fi and rather astonishing in both concept and execution. Reportedly recorded in one forty-minute take in Wrangthorn Church hall in Broughton’s home of Leeds, England, The Complete Guide to Insufficiency is supposed to capture the feel of Broughton’s live show. While there are moments where you are left wishing he was working with somewhat more advanced machinery or recording techniques (especially the last minute or so of “Ever Rotating Sky”), the album has an eerie and magical quality that a studio could never really convey. A great example: the pealing bells at the end of “Unmarked Grave” could well be the Church’s and not an intentional part of the recording, but either way they fit the track perfectly.

Broughton’s voice is extraordinary. While the guitar work is fairly basic, especially next to finger-picking contemporaries like Banhart and Six Organ’s Ben Chasny, and the production values are low, his voice drags the listener in. There’s so much emotion here, but also something indefinable its mixture of love, weariness, and hope. His voice is by no means classically great, but it has character; a bit prematurely worn, a bit traveled, and certainly lived in. It’s hard to come up with many immediate comparisons, though he’s clearly falling in with the neo-folk movement in terms of his unique phrasing and delivery.

Listening through The Complete Guide to Insufficiency for the first time a month or so ago I was struck by the pure lyrical peculiarity of it. Broughton’s writing is out there, but not in a way beholden to Will Oldham’s biblical wrath, Jeff Magnum’s historical curiosity, or Jason Molina’s sexual tension/existential crises. More than anything, Broughton, in his particularly dark way, seems concerned with the corporeal and tangible. On “Unmarked Grave” he sings, “My body rots / While she is weeping / I remain forever sleeping / Rest my bones from the daily chores / Rest my bones forever more.” There seems to be a bit of Whitman in some of this, especially in Broughton’s preoccupation with the sexual and violent.

“Execution” references sex shows and “Ever Rotating Sky” is seemingly about rape, leaving just a bit of social stigma about the whole thing. Still, Broughton never seems to be doing this merely to provoke; he’s sincere to a fault, never coming across as being weird for weirdness’ sake. Think of Magnum’s semen-stained mountaintops as a point of reference, even if In the Aeroplane Over the Sea was a much larger and more involved song cycle.

That’s another part of the appeal of The Complete Guide to Insufficiency: the idea of the great song cycle. Broughton makes a convincing case for the coherence of the album beyond the single recording session involved. The opening plucked chords of the beautiful, reassuring “Ambiguity” set the tone well, as do Broughton’s lyrics: “How much love / Can a boy contain in here / How many contradictions / Can a girl posses up there / All these questions / These questions are too ambiguous / Try to narrow down your search.” It’s hard to follow what he’s singing about all the time, but the music flows perfectly through the chanting of “Execution”; the simple guitar and quiet resignation of “Unmarked Grave”; the melancholic and especially dark “Walking Over You”; and into the gorgeous finale of the epic “Ever Rotating Sky.” And it’s "Sky" that really ties the whole album together. Even though you can practically hear Broughton reaching over to cue up the drum track and set the loops, there’s something deeply moving in its triumphant, repetitious climax — as technologically imperfect as it may be.

The Complete Guide to Insufficiency has “cult record” written all over it. There’s practically no information out there about Broughton and in this regard the record seems somewhat akin to the anonymity of Palace Brothers’ 1993 debut record, There is No-One What Will Care For You. I hope this one captures the imagination of more people out there, since it has the ability to both enchant and inspire. Broughton seems to be brimming with talent, and I can’t wait to hear what he’ll be able to achieve with a studio and another batch of songs of this caliber. In the meantime, this stands as one hell of a debut, and easily one of the finest records of 2005.