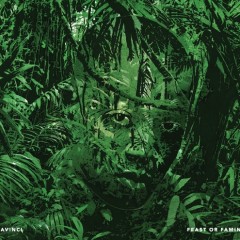 So, this DaVinci record is pretty unremarkable, huh? I mean that as a compliment. In a couple months, critics and bloggers and fans will dump gallons of internet ink into year-end essays and posts and message board manifestos that proclaim 2011 to be the best year in rap since, what, at least the late ’90s, right? They’ll cite Watch the Throne, Shabazz Palaces, Curren$y, “2Pac Back,” Danny Brown, G-Side, the “Huzzah” remix, Big K.R.I.T., “I’m On One,” maybe Green Ova’s output, or upcoming releases like Drake’s Take Care, and Jeezy’s TM 103. DaVinci’s name probably won’t come up in many of these discussions. Which: I like this more than Watch the Throne, but the zeitgeist disagrees.

A release like Feast or Famine does, in a strange way, confirm how outstanding hip-hop has been this year by being merely really good. It’s maybe my tenth favorite rap record of the year, and I’m having a new wing installed in my heart so it can squeeze itself in there. Possessing a near un-Google-able moniker, information on DaVinci is difficult to find, here’s all you need to know: he’s from the Bay Area, and he makes the music we wish low-key rap titans like Scarface and Z-Ro still would. Over a tight twenty-eight minutes, DaVinci runs through street rap tropes—hustling, getting high. He explores them not with swaggering joy, but with a certain weariness. Even his happiness is muted. “Smoke the Night Away” is a romantic ode to days spent getting paper and the inebriated nights that follow, but it hinges on a wistful hook and a tinge of G-funk.

Most of Feast or Famine features understated production that is unafraid of empty space, which DaVinci fills with an engaging knack for language. He has a gruff flow, a sort of low rumbling one octave above Texas street rapper Trae, and when the ear is pressed against it, one realizes he’s a tremendous writer. With a little work, turns of phrase leap out of his verses: his weed has “more colors than a California sunset”; instead of forty acres and a mule, he received “forty kilos and a tool.” His uncomplicated lyrical flair and the often quiet, pretty production he uses cohere into a rather vivid reality. Perhaps Feast or Famine‘s greatest achievement is the distinct cinematic effect it creates. Something about the EP coats your body and draws you into DaVinci’s world. Freddie Gibbs’ music does this, too. You see dilapidated buildings and weed smoke and old Chevys while listening to Feast or Famine. It’s some marriage of production aesthetic, imagery, and personality that creates this difficult-to-articulate effect. I can recognize the home discussed on the uplifting “Nothing Like Home,” even though it’s not my own.