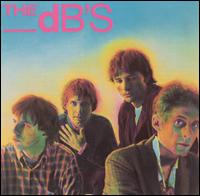 
I’m beginning to feel dizzy. My roommate Dan has just put on a CD that he bought, on a whim, from Phantom City Records in downtown Oly. Acoustic guitar chords throttled out of the speakers, the drums following close behind. The first thing I noticed was the lead guitar: it’s heroic and jangly, like something Peter Buck would play on the first two R.E.M. records. Then I heard the voice. The word “emotional” gets thrown around a lot, usually by people who have no grasp on their own emotions outside of two-dimensional terms like “sad,” “happy,” and “stuck in traffic.” All the same, I didn’t know what else to call this guy’s voice. It was enraged, tender, pleading, bittersweet and resigned all at once, and all in a register typically reserved for women. It had every characteristic of the classic male vocalist, perfectly wrapped.

Dan began to move. He was doing guitar windmills, and he never does that when he listens to music. I usually do all that and more, but I was immobile, standing there with my hands to my temples and my mouth agape. What was this, why hadn’t I ever heard this before, and how could I take myself seriously if I still hadn’t discovered music that was this good yet? The singer had my undivided attention: he would yell “stop!” and the music would obey. He let out a cry, and it would start again. I wanted to dance, but I was too dumbfounded. I could only jump, eyes-wide like a kid before Santa Claus. Maybe it was the pot I smoked earlier, but that was a while ago, and besides it had never made me feel this vibrant or engaged with music ever. This was some whole other shit.

It went on. Suddenly, the band was doing the sensational, double-time end of the song jam, but they weren’t letting it go. It kept going, like an incipient orgasm that was only getting stronger the longer it was kept at bay. That did it. Now we’re spinning, Dan and I, like whirling dervishes, shrieking like girls. This is so corny, I think, like something out of a coming-of-age teen movie. I’m beginning to feel dizzy, and I collapse on his bed. Dan stops, and we share a look, somewhere between incredulous, conspiratorial and ecstatic. We’ve just shared our favorite experience: getting our asses kicked by music.

In the five months or so since that episode, I’ve played “Black and White,” along with the rest of the dB’s debut album, Stands for Decibels, for everyone I know. The response is uniform: “why haven’t I heard this before?” When I asked this question, it was a self-absorbed crisis of music-geek confidence; they were genuinely bewildered why this had languished in comparable obscurity while someone like, say, The Bangles had sold millions of records. “What on earth is wrong with this record?” they’d protest: it’s not the watch-setting perfect and inventive rhythm section; nor the skyscraper-high singing of Peter Holsapple; and even Chris Stamey’s faux-British whine can’t offset songs that are this outrageously good. “What is it?” they demanded. “Were they the victims of some contrived plot, kept underground because it was too good? Did they not have any good videos?” The truth, of course, is tragically banal: they signed to a British label who couldn’t get domestic distribution.

Some people were clearly paying attention, however, and most of them lived in Athens, Georgia. The dB’s influence over R.E.M. is obvious from the start, particularly in Holsapple’s compositions: the evolving chord changes of “Bad Reputation” and “Big Brown Eyes” foreshadows the chord-stuffing in Reckoning, while “A Perfect Circle” and “Camera” are at least peripherally similar to “Moving in Your Sleep,” only without the latter’s deft sense of fifties doo-wop and r&b. Stamey’s contributions, steeped in psychedelia, are less celebrated, but I think history will rectify the oversight. It’s hard to imagine that Of Montreal (or anyone from Elephant Six, for that matter) didn’t take notes during his excellent “Espionage.” Over a staccato keyboard that sounds like a metal detector, the dB’s pull off a tension that few other new wave bands approach. They do it with a self-conscious wink, revealing their endearingly geeky sense of humor.

Retroactive spot-the-influence is only one-hundredth of the fun. Would that space would permit me to wax rhapsodic about the impossibly hook-laden “Tearjerkin’;” or how Stamey’s guitar-scratches mimic a slamming door in “The Fight,” giving the perfect counterpoint to Holsapple’s wail; or the glorious booty shaking of “Cycles per Second,” pivoting in a flash from Caribbean rhythms to new-wave punk; or the muscular “I’m in Love.” We’d be here all week if I went into Repercussion (the band’s second album which is now available on one disc with Stands for Decibels). But the Coke Machine is strict, and my partner is tired of checking my tenses. I usually make an effort to be conservative with my praise and avoid hyperbole altogether, but fuck it: this record really is that good.