Other Records by The Deadly Snakes 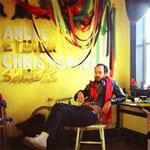 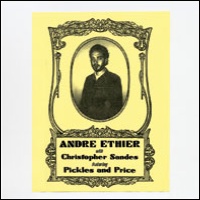 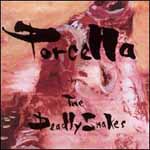 A simple declaration: the Deadly Snakes are a good band. They’re talented and together, they’ve got two solid songwriters (Andre Ethier and Age of Danger) when most bands can’t scrounge up one, but they do have a couple problems. Porcella illustrates.

This has always been obvious, but the Deadly Snakes are in serious debt, and Bob Dylan, the Rolling Stones, and the Clash are the ones standing in the corner, tapping their feet, expectant palms extended. Porcella attempts, on some level, to break free from those ties and broaden the band’s proverbial horizons, putting the punk tempo in check half the time and trying to make more room for things like lyrics and texture. Really, though, it’s just the sound of New Skin for the Old Ceremony-era Leonard Cohen joining the other guys to shake out the Snakes’ chump change. Dead give-aways of their most recent loan: the melotron that dominates “Gore Veil,” the hammer and bell and altered drum kit of “Work” (with an extra high five to Floyd’s “Money”), and the cyclical strings and organs that fill out “200 Nautical Miles” and “A Bird in the Hand,” not to mention the latter’s words and vocals. The liner notes mention that some of the lyrics to “200 Nautical Miles” were taken from a poem by Ken Babstock. If anyone knows melotrons and strings and poetry, it’s Cohen.

Also, all the mentioned give-aways are Age of Danger songs, and that brings up the other problem: Mr. Danger’s no Andre Ethier. With the exception of the Waitsy, toy piano carnival of “High Prices Going Down,” Andre’s contributions stick closer to the garage blues-rock strength of Ode to Joy (2003), the band’s best release to date. “Debt Collection” opens the album with a grim rollicking; Ethier’s guitar chugs along as he sings, “I was poring over papers in the last month of the year / And I came upon the receipt of my loan / I held it out before me, and yet it struck me queer / For it had been, that all my debt had grown.” The Gunn and Ethier rattlesnake “Sissy Blues” has the simple Stones swagger that Jack Black was teaching in School of Rock; “Oh Lord, My Heart!” and “By Morning, It’s Gone” work off the guitar lines and Ethier’s throaty holler. Andre’s real standout contribution, though, Porcella’s own “There Goes Your Corpse Again,” would have to be “So Young & So Cruel.”

On the verses there’s a pretty synergy between Ethier’s picking and Age of Danger’s organ, and Andre finds the perfect cadence and pace for his sly words: “You’ve seen this black coat I’m wearing / Its buttons are brass, these buttons are gold / Oh, yes, I’m really so fine / So dandy and fine / So young and so cruel.” Then the low end of the organ sounds like a humming choir, the horns trump, and Ethier’s chorus soars upwards. “And I’ll take your heart / Oh, yes, I’ll take your heart / And I’ll break it in two.”

Age of Danger is still a solid songwriter. Porcella doesn’t so much betray that statement as call into question the man’s aspirations; most of his songs here are fine, and there’s surely some inspiration in his production. His brief piano touch at the end of Elmo Williams’ cover “Let It All Go” is a wee bit magical, his melotron flourish gives Ethier’s “High Prices” the final element strange that it needs, and in the last minute of “A Bird in the Hand,” the somewhat superfluous cello and violins arrangement begins to hint at something stirring, in a Philip Glass kind of way. Unfortunately, Age never really follows that hint up, and he contributes the album’s most melodically annoying and repetitive and, naturally, longest song with “Gore Veil” (seriously, fuck that key line and those three acoustic guitars playing the same part), and, as usual, trying to be Leonard Cohen makes for some slightly embarrassing lyrics: “You can’t do it any more / You look like a soldier praying for a war / You’re obsolete as a song / And empty as a windy, winter morn.”

Pockets empty, the Deadly Snakes are still a very talented and together band. Age of Danger’s stretching leaves Porcella a bit more uneven than their previous efforts, but should his ability catch up with his ambition, and should he continue to complement Ethier the way he does on “So Young & So Cruel” and “High Prices Going Down,” then the Snakes might find themselves on a more open plain, some debtors of their own to call on. After all, as the names Dylan and Cohen and the Clash and the Rolling Stones implicate, being influential is usually just a matter of being good.