Other Records by The Dead Texan 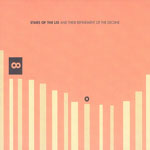 Stars of the Lid: And Their Refinement of the Decline 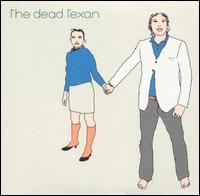 I like to think that my time toiling under buzzing fluorescent lighting in a giant sporting goods warehouse superstore during my teenage years helped me to understand pain and boredom a little better. I spent about a year at that particular pit stop, but it’s the summer days I remember most vividly---standing at my perch in the back in that gigantic refrigerated warehouse full of sneakers, exercise machines and spandex athletic wear, just able to make out the intense light from the sun reflecting off the cars in the parking lot through the automatic glass doors as it scattered in the front of the store, those echoes of light the only hint that it was in fact summer at all (not counting the occasional sweaty jock looking for Nike dry-fit jogging pants).

Anyway, the point of that protracted ramble into my scarred adolescence is that though angry punk rock songs sound tracked my discontent in those days, I can’t help but think that Adam Wiltzie’s ethereal solo debut under the moniker the Dead Texan fits my memories of that monotonous summer far better. The lush, slow chord progressions that cycle and cycle and build and build seem like the perfect expression of a lost summer afternoon, just out of reach. The warm, near-death, barely conscious songs like “La Ballade D’Alain Georgee” lend a sad weight to anything, though for some reason the connection to that empty warehouse, a cold box in the hot summer sun keeps coming to mind.

Needless to say, The Dead Texan is not an album for everyone, but it is an album that rewards patience with some of the richest, fullest music you’re likely to find outside of the ‘classical’ section of your local record store.

Wiltzie’s melancholy drenched piano, key and guitar swell-filled ode to the empty churches of consumerism and bland unconsciousness such places entail is, in short, utterly gorgeous. He displays a delicate, classical sensibility with a brilliant minimalist’s touch. His approach yields ghostly epics, piano dreams, able to lend the boredom and hopelessness of a common summer job a grandiose tinge.

Supposedly comprised of material he deemed too aggressive for Stars of the Lid, the band he and Brian McBride record in, Wiltzie’s work here is somewhat faster than the epic drone-scape The Tired Sounds of Stars of the Lid (2001), but only incrementally. Chords progressions are stretched out a little further and played a little faster than in previous outings. The calm key swells are occasionally interrupted by strings that do sound, well, aggressive in the hazy context of the album, but elsewhere would only sound like acoustic or slide guitars chimed in mellow patterns.

“Glen’s Goo” is the album’s early peak and features a lovely, delayed ascending scale on Rhodes piano complemented by swirling strings and a mournful electric guitar. Featuring an eerie, building tension, it also one of only two songs on the album to feature vocals. But even those are hushed, male and female, intoning softly together, “Last breath, I miss you so…” The desperate lyrics suit the thick atmosphere and make an oddly catchy song all the more so. The “Chronicle Of Early Failures” suite is a long, slow mood piece that’s very reminiscent of some Stars of the Lid material and moves from acoustic strumming to richly textured, otherworldly swells.

For those unfamiliar with Wiltzie’s work, this is ambient music that exists on the extreme edge of consciousness. As such, your reaction to it will probably depend on just how much you can focus on something as fragile as the repeated chords and aural washes Wiltzie brings to bear. At the same time, Wiltzie is incredibly adept at creating a world that will seem familiar to anyone who has spent a summer day locked in an air-conditioned tomb of super culture.