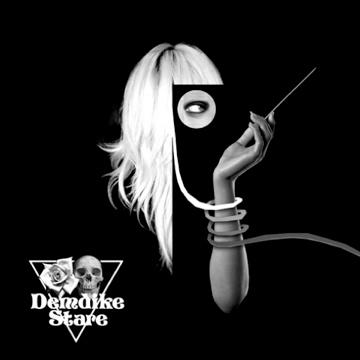 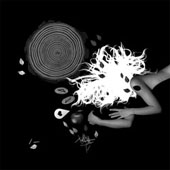 What better way to celebrate the new year than with the cementing of the latest hot genre name? Witch house, the movement that’s only one question mark short of being a poorly written property magazine, began picking up mainstream attention last summer, its occult beats and ancient spookiness touted as the new son of dubstep.

This increased attention didn’t affect Sean Canty or Miles Whittaker, the brains behind Lancashire’s Demdike Stare duo, and obvious candidates for high priests of witch house. With the former a member of the Finders Keepers guild and the other busy producing as PLZ, Canty and Whittaker were possibly too engrossed to notice the championing of their genre. Canty in particular; a rabid collector of dead vinyl, his experiments with Whittaker in mirroring extinct sounds produced no fewer than three records last year. That’s three ultra-dense records averaging forty minutes a piece—a hell of a lot of session time. Fans gobbled up the first pressings of Forest of Evil, Liberation Through Hearing, and Voices of Dust in April, July, and November, respectively, eager to gorge on the duo’s fusion of black glacier ambience and Ouija boards.

Fortunately for the rest of us, Modern Love has compiled the trilogy into one manageable CD triple-pack. It’s at this point we can welcome the uninitiated to Demdike Stare and to all the pulsing underworlds they explore. If you’ve read about witch house but were unsure where to start, Tryptych is your entry point. Put a candle in a saucer and find some good headphones. Draw pentangles and activate glowsticks.

The compilation sounds strange, instantly. It makes the next 170 minutes seem a lot more daunting than they are. All signs point to Whittaker and Canty having released the three vinyl originals in sequence, and compiled here you see how each builds upon the manipulated dub at its roots (roots sunk in everything from arctic wind to grey techno). Forest of Evil is quite obviously the introductory séance, all piano scales like cobwebs in the basement, digital cymbals, and premonitions of house. The eerie tearing sounds on first cut “(Dusk)” seem to come straight from the sacrificial chalice, and as sub-bass crumbles and storm noises swirl you get the feeling that you’re definitely not in Kansas anymore. This is confirmed by the demonic door knocks of “(Dawn),” whose runaway ventilators still have “Property of Silent Hill” stamped on them, and whose pounding rainforest vibes could accompany an escape from the Predator. Relief comes in the form of a muted synth conclusion, and in the form of the first of several bonus tracks, “Quiet Sky,” which washes you down in dissolved sirens.

Sound inviting? Not really. But the intricacies layered into Demdike’s production make Tryptych compelling horror-entertainment. This is old-school supernatural-ness at its Shining-est, and as the drones of CD1 fade into silence, the drum rolls, mewling, and roulette wheels of Liberation Through Hearing spin into life. The ghosts have taken up engineering for this one, and by the time “Eurydice” kicks in, the churning generators and mandolin sounds have purified the atmosphere a little. You can almost smell the dandelions between the haze and breezy snares, but just as quickly it slips back to Videodrome music. The liberation the sleeve art promised now seems lit with emergency lighting, and sounds ever less liberating by the second as Demdike bounce hammers off tent pegs, disturbing waves of bats.

If you’re playing this to spook people and want to now see hair stand on end, you know you can’t go wrong with rutting bass lines driven into cathedral choirs—exactly what the duo overlap with shades of UK garage on nine-minute blur “The Stars are Moving.” Eventually they revert to drips and drones to tell some sort of cave-diving catastrophe, but for a while you were in club floor territory (at least until things got beautifully subverted by the tranquilized Bollywood of “Bardo Thodol”). For the rest of Liberation it’s all black static and zombies, with the possible exception of “Nothing But The Night 2,” the one Demdike Stare track you could possibly play outside of Halloween.

Thirteen tracks in, and the ideas still come fresh. If the previous two discs represent the dark night of the soul, then Voices Of Dust is the Ghost of Christmas Yet To Come—the one as depicted in Scrooged that’s built like the Grim Reaper with a TV head. Voices is Tryptych‘s most possessed offering, where malevolent pulsars and embryonic sci-fi are the closest you can ever get to dandelions. “Hashshashin Chant” is the party track here; its typewriter rhythm and looped chants hint that these Hashshashin have been smoking more than the green stuff, and have maybe been in paradise one night too many. When compared to, say, the vocoder’d parrot call and satellite interceptions of “Filtered Through Prejudice” or “Desert Ascetic”‘s freaky hypnosis, it’s certainly the label’s best hope for a single. It might not give out the crossover signals that convince everyone within earshot to stick around—the problem in releasing twenty-two tracks of witch house is that portions inevitably overlap—but it serves as good a springboard into Tryptych as any, and shows off the hours of sweat that Whittaker and Canty have poured into it. (I’d hate to be the van driver who gets to transport their sourced vinyl out from storage.)

While patches—small patches—can feel like thought patterns uploaded to Audacity, Tryptych offers a mammoth breakdown of the witch house sound, covering at least seven-tenths of 2011’s kinda-new genre. To those already familiar with it—the ones who’ve been listening since 2010, for instance—Tryptych is something of a good trade convention, showcasing just how Demdike’s samples become reborn with a strong modern edge. You feel like you’re privy to seeing something here that’s all set to sweep across the market. The TV says this will be a dark year. This, then, must be its sound.