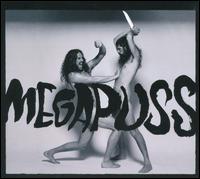 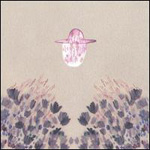 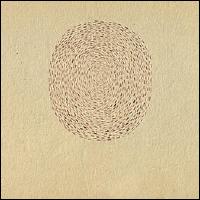 In the race for hyperbole to fling at Devendra Banhart’s expansive fourth album, Cripple Crow, it becomes clear pretty quickly that the most apt adjective must be “frustrating.” Among its 22 songs and nearly 75 minutes lies the best 11 song album of the year, and certainly of Banhart’s career. Unfortunately, with twice as many songs the album gets bogged down in mediocre jam sessions, man-child posturing, and half-formed lyrics for half-formed songs.

Anyone who has been following Banhart’s career up till now shouldn't find this surprising in the least. His debut record, the uniquely creepy and fantastic Oh Me, Oh My… provides a working definition for “gratuitous,” but at least there he was batting well above average. 2004 saw Banhart splitting his prolificacy, Michael Gira channeling his pupil’s output relatively evenly between Rejoicing in the Hands and the just slightly poppier Niño Rojo. Now, working on XL, Banhart seems content to release this beast on us all at once. It begs the question as to whether there was anyone in the entire recording and production process (or anywhere on that fantastic cover) that ever thought, “hmm, maybe we don’t need another song that only my seven year-old cousin will really enjoy.” You also sort of have to wonder how many songs didn’t make the cut.

If the good parts of this album weren’t so fantastic, it’d be somewhat more forgivable, but there’s the definite possibility that faced with an underdeveloped first half, the gems of the second half will get lost. Which is not to say there’s nothing on the A Side worth saving. Opener “Now that I Know” makes all declarations throughout the rest of the album that Banhart would prefer to be treated as a five year-old more or less moot. It’s a beautifully written, image-laden, subtly political song that carries the sort of quiet emotional depth that few of Banhart’s peers have managed. The more overtly political “Heard Somebody Say” is the sort of straightforward anti-war credo that seems perfectly suited for our times.

The first half also sports two of Banhart’s best songs in spanish, the gorgeous if overly long “Santa Maria de Feira” and the fantastic “Quedate Luna.” I’ve never been entirely convinced that Banhart is trying to serve as a link to the hippie singer-songwriters of the ‘60s, and these two don’t much help the theory. Although he may agree on politics with the greats of the new song movement, he lacks the drive and vision of a Victor Jara, Violeta Parra, or Carlos Varela; instead, Banhart is mostly content to carve out beautiful little romantic ditties in his native language.

The first half also has plenty of fat. The sitar-and-patchouli “Lazy Butterfly” requires a certain mindset, “Queen Bee” feels like it could use another verse, and both “The Beatles” and “Dragonflys” just get skipped over. The true low-point is “I Feel Just Like a Child,” almost five minutes of weak rhyme schemes, unchanging guitar jams, and moronic lyrics. I don’t care if he’s writing it from a certain perspective; it’s just a bad song. Even with the best songs, it feels like he’s just going too long. Banhart doesn’t have Jason Molina’s skill for long songs, much less Bob Dylan’s, and while he thankfully doesn’t aim for anything on their scale, there are a number of tracks on Cripple Crow that could stand to lose a verse or two. On his previous three records he only had three songs over four minutes; Cripple Crow has eight.

Things improve on the second half. The epic title track and the breathtaking “Hey Mama Wolf” start things off right. The latter has that mix of easy beauty, deep imagery, and quiet spiritualism that made songs like “Insect Eyes” and “Sister” so magical and haunting. Of the short ditties on the record, “How About Telling a Story” is far and away the best, and once you skip past “Chinese Children” you get “Sawkill River” and a fresh taste of the guitar chops Banhart was so willing to flex on his last two records and which he generally steers clear of on Cripple Crow.

Banhart manages a stronger closing set than even Rejoicing in the Hands. Perhaps the track that best captures the larger, more complex group of musicians working on Cripple Crow, “Korean Dogwood” is one of the most bittersweet songs Banhart has mustered to date. The potentially controversial “Little Boys,” easily read as a sort of anthem for pedophiles, still manages to be a pretty fantastic soul burner with a great breakdown in the second half. Remember, just a few months back Banhart was also covering Antony & the Johnsons’s, “Fistful of Love,” an ode to physical abuse parading as a lost Motown hit. The beautiful, heartfelt piano ballad “Canela,” though perhaps not up to the high standard of “Autumn’s Child,” nonetheless closes the album on an appropriately quiet note.

At the end of the day, this still isn’t a great album. It lacks continuity, much of a sense of rhythm, and the character that Banhart’s 2004 releases took on. There are a dozen or so songs here that reflect his most mature songwriting, his warped sense of humor, and his new-found affection for good old-fashioned rock ‘n roll. Banhart is better than ever on Cripple Crow, he’s just making it harder than ever to see it.