Other Records by dios (malos) 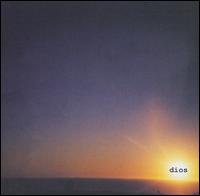 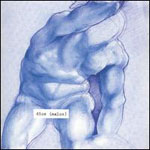 I have a hard time with dios (malos), the second self-titled record from posse of friendly latino hippies formerly just known as Dios (fuck you, Ronnie James Dio). On the one hand, I want to love these guys and their new album; on the other hand, you have the pretty clear and quite disappointing reality of dios (malos). Somewhere along the line, most likely in a giant cloud of smoke or sea of LSD, the guys seem to have distinctly lost sight of the above-average pop they were playing with on their debut.

Where Dios felt structured, (relatively) focused, and clever, dios (malos) just is let to drift in a mess of under-developed songs, odes to drug abuse, and unfocused guitar strumming. The band came through as a real unit on Dios, but here they sound disjointed. Phil Ek is at the boards for this one, and he seems to be trying to get them to set the dial to “pop” but it generally just ends up with either hare-brained lyrics or weak arrangements. The really frustrating thing is that, taken individually, there are plenty of songs here that are at least somewhat interesting; as a whole it just never clicks in that fuzzed out glorious way that Dios did.

Not that you would guess it from how the album starts out. “Feels Good Being Somebody” plays power-pop with a nasty little grin, culminating with the call to arms of, “I know it’s okay / to sing a little song for marijuana.” “Say Anything” is one of the sweeter little love songs I’ve heard this year, even if it sags a bit with a four-minute plus runtime. Beyond that opening duo things get a bit shaky. The lovely “EPK” feels like it would have fir better into the grandiose arrangement scheme of the first record, while the ever-shifting “I Feel Fine All the Time” moves the warped pop dynamics of the band forward. The solo “No Dance Now” rivals “Say Anything” in terms of heartfeltness, “Goin’ Home” is a rocker par excellence, and “I’m Only Daydreaming,” despite feeling likely the ugly little cousin of Bloc Party’s “Compliments,” is a deft closer.

Things don’t come together about as often, leaving songs like “So Do I,” “Grrrl…,” and “Tokyo Sunrise” noticeably flat. The latter track has an interesting shtick, but the band takes it nowhere, content to just sing “la mochila / dude” over the instrumental. The guys reaffirm their love for Neil Young here with “My Broken Bones,” a great track that’s just stretched twice as long as it should be.

I was so hopeful about this band. Live, the band can be fun--about as pulled together as you would expect, but not lacking in charisma. And if you haven’t heard it, I still strongly recommend tracking down a copy of Dios and giving that a couple of good listens. If you love that album, and are willing to forgive a few missteps and a bit less creativity, then you might do alright with dios (malos). As for me, well, I’m guessing I’ve made that clear by now.