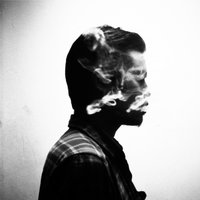 What does it mean, in 2011, to name your album after a movie from the early 1970s that’s set in the late 1950s? If you’re Alex Zhang Hungtai, brains behind the one-man lo-fi rockabilly project Dirty Beaches, it means you’re perfectly aware of the depth of the history your album so liberally plunders. Borrowing the conventions of musical eras past without any real sense of what those conventions meant or continue to mean has been a defining aspect of indie’s current nostalgia kick, and that ignorance is disconcerting. It indicates, above all else, a failure to recognize the distinction between simply quoting something for the sake of making a reference and recontextualizing something in order to make a point.

Music which is only shallowly reminiscent of the past aims to do nothing more than illicit vague acknowledgment from its listeners, and acknowledgment will always be less interesting and less substantial than understanding, which requires that you at least have something to say. Terrance Malick’s film Badlands, now 38 years old, itself belongs to a past far enough from removed from us to be evoked as unremembered history; there’s a greater distance between the film’s release and now than there is between the time in which the story is set and the film’s release. Does Hungtai’s Badlands, reminiscent in both tone and content of the Malick film it’s named for, cite the late ’50s, where its general aesthetic seems to originate, or the early ’70s, where it gets its approach to that aesthetic? Badlands is buried under layers of quoted history like its melodies are beneath distortion and reverb.

Hungtai describes Badlands, very much in keeping with Malick’s principal interests, as “songs about leaving and being chased on the road,” and, at their most volatile, about “driving a burning car into oblivion,” but at the same time these songs are about songs about leaving and being chased on the road and oblivion-bound vehicles. Badlands, however superficially indebted to the sounds and styles of early rock and roll, always makes conspicuous the act of citation. In the same way that Malick’s Badlands looks like the product of the 1970s despite its authentic ’50s dressings, so too does Badlands the album at all times appear to be a product of quoting-in-action right now. It’s no accident that album highlight “Sweet 17,” though certainly gesturing toward ’50s rock tropes, sounds strikingly similar to Suicide’s “Ghost Rider,” a song released in 1977 which itself borrows and recontextualizes—what else?—more sounds of the 1950s.

Divided equally, as Hungtai describes it, between “bangers” and “ballads,” Badlands strikes a healthy balance between the hard-edged lo-fi his shitgaze contemporaries peddle and a surprisingly resonant slow-dance style that’s more his own. “True Blue” and “Lord Knows Best,” the album’s two fully-formed love ballads, are the strongest examples here of how disarming Hungtai’s history-pillaging can be. Despite how explicitly their inner-working are presented, the album’s second half—its two spare, eerie instrumental closers included—sounds genuinely gorgeous, much in the same way that Lynch’s Blue Velvet, a film from the 1980s which also borrows styles and conventions of the 1950s, seems both scary and beautiful at the same time. That’s what really sets Badlands apart from so much somewhat like it: it’s never a matter simply of pop melodies buried beneath noise, but of beauty wrapped up in menace, references tied to deeper ones, history feeding back at itself.