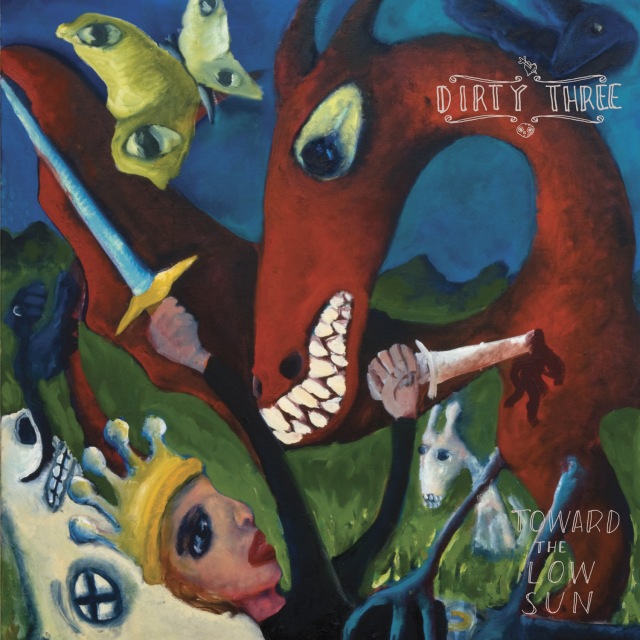 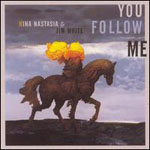 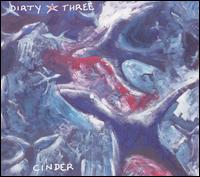 Dirty Three have been around for a while. Fourteen years! Can you believe it? Ever since their humble bar debut in Melbourne where a stringy Warren Ellis rubberbanded a guitar pickup to his violin, the Three have gored out a signature language with the simple drum/guitar/violin setup and a succession of wheezy, gorgeous albums. After 2003’s fractured return to violent primacy inside She Has No Strings Apollo, Cinder reigns in the band’s bruised and skittered slapdance under the veil of a “step somewhere… in some direction,” which is what Ellis has said the band’s always “been about.” This means all 19 tracks were rehearsed beforehand for two weeks, built layer by layer in the studio, and helmed by Tortoise producer Casey Rice—as opposed to the guys playing the songs live in the studio, arming themselves with stage-ready ammunition. This also means you won’t be able to read anything about this album without getting a laundry list of the instruments used.

The instruments not used are a lollipop, handclaps, a stapler, flatulence, and a moon rock.

Which isn’t to imply that the undertow of sound is necessarily overwhelming and homogeneous. Bringing in Rice was a brilliant move, allowing him a stock of white space to accentuate Jim White’s drumming when need be, or to paint Mick Turner’s choking riffs over Ellis’s strings. Really, that’s uncharacteristic for the band, as the violins and violas have always been the selling point for them; but the result is cleaner, more inviting, each member singular and singularly masterful without succumbing to buffered madness.

And Jesus Louiseesus, White’s percussion has never been so skittering or so drunk or so plain fantastic. The man can carry a shambling ruin without batting an eye, never slipping into anything remotely uniform, sounding crisp, improvisational, and warm rock elemental in one triplet, creeping from the left to the back of your brainstem in an instant, teasing your right. Turner’s given room as well. Where Ellis fills the melody with ephemera, Turner punches out its teeth, tailoring inconsistent half-phrases blustering over soft measures of bass. White’s percussion is shocking; Turner’s guitar work is adaptable. “Cinders” demonstrates everything harrowing and playful about the group, Ellis’s strings waning so thoughtfully, their absence is a kind of power. In all, Cinder is a group of musicians at the height of their experimental proficiency, clicking effortlessly and confidently enough to root their music in classical structures and studio shine.

Then why does much of this album fail to excite? The short of it: From track one, the whole thing slopes, steadily. The long: “Ever Since” through “Doris” is one of the best series of songs the Dirty Three has ever compiled, not solid enough to be an album in itself—an EP maybe?—but coherent, logical, melodic, and cathartic. The opening track highlights Turner’s boney riffs while White’s drums work surprisingly well blurred by cymbal fuzz and Warren Ellis can comfortably step in, multitracked into a quartet of sorts, to remind the intransigent Turner of the song’s buried structure and melody. “She Passed Through” can be clearly pieced into movements, revealing a prepubescent Ellis slouching through puberty, wrapping himself in a greasy cowl. Mick Turner’s organ is sly but familiar. Shit, though, you can hear Warren Ellis growing up, not in the wearied sense, but in the syncopation during the opening passage, the intimacy with the plucked melody more assured and more assured until he just admits legato.

So, “Sad Sexy” blisters, “Cinders” teases, “Doris” absolutely explodes, beginning like “I Want Candy” and then fucking up every ounce of your shit with some healthy reverb and Mark Saul’s bagpipes, and then the whole beautiful mess nails a massive brick wall. The edifice is “Flutter,” a meandering allegiance to the titular word that is not only the longest cut on the album by far, but the most boring, and the most infuriating because of how vapidly it lets down the high of the tracks before it. Afterwards, Cinder is never able to fully pick itself back up. “The Zither Player,” an adapted composition by Felix Lajko (Ellis: “He is a fiddle player from Hungary and one of my all time favourite players”), tries, garnering a sinister melody for each player to grope endlessly for, thriving in the intensity of just how hugely it can reach hugeness, and even “It Happened,” lounge-lizard chic, is pleasantly airy. But no cigar.

Another thing you’re bound to read a bunch about is how Cinder introduces the first time vocals are used on a Dirty Three record. This amounts to Chan Marshall on “Great Waves” and the Mekons’s Sally Timms moaning over “Feral.” Marshall’s turn on the first single should be arousing if anything, Cat Power and Dirty Three sharing a morbid lustiness and now fulfilling the guest star reciprocity, but the result is timid, Marshall’s voice windy and lost under heavy-handed imagery. That means a boring vocal line stamping out possibly intriguing background arrangements. Yet, in “Feral,” Timms adds the right portion of haunted shuddering to White’s echoed gongs, hidden piano chords, and Ellis’s mandolin. Marshall feels like a gimmick, Timms like an essential instrument.

But, in all honesty, after “Too Soon, Too Late” saves itself by pairing Turner’s acoustic, southwestern lament with an identically clearminded violin, the album stirs, White piddles out a snappy cadence, and the rest settles into sameness. The story propositioned in the beginning six songs, one of glowing fragments raging with oxygen and then accepting their obsolescence, becomes overlong ambience, and carries only hints of the sweet satisfying suffering of the openers.

Considering these guys live on different continents, that Cinder is the product of only four weeks, TOTAL, and that they had, like, a shitspree of potential songs, the album's wandering doesn't destroy how good many of its songs are, or how accomplished, honed, and distinct the band has become. In fact, this is a step forward, and the new studio approach is a constructive development. Thing is, we haven’t gotten anything as complete or insistently breathtaking as Ocean Songs in a long long time, and that just kinda chaps ya.

I mean, c’mon, if you could turn Nick Cave’s gothic warble spoken word into the best hidden track…ever…then why does “Great Waves” stink so much?