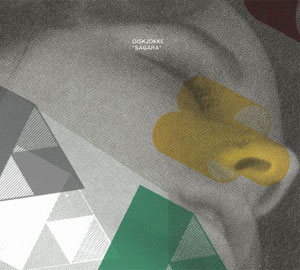 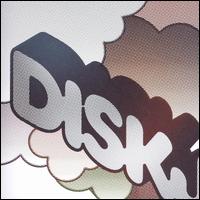 It may be that because opener “Folk I Farta” is all full of synths that waver with guiltless size and off-beat hats that Staying In is struck into a strictly modern contrast, but the title track’s equally innocent use of canned horns—which a co-worker noted made the song sound like something from Pilotwing‘s rocket pack level—is more telling. There’s a distinction to be made between “club” music and “dance” music. The former implies social aspects best understood in a language of transient fashion sense and hype, in the act of dancing for approval, of moving to be seen. The latter implies an act of transcendence from the club, or any other, scene, a surrender shared between intimate friends. diskJokke doesn’t offer much in the way of big party crescendos, moments that mandate forced whoops and plastic cups held up. This is music that, true to title, you can enjoy at home.

Like on “I Was Go to Marrocco and I Don’t See You,” which has the pure joy of complicating those hats over washes of echoing chimes and concrete bass. It’s not that diskJokke (Joachim Dyrdahl, from the surprising dance hotbed of Norway) doesn’t get that dance and style are as intertwined as sex and style, but he tastefully removes that compulsory universality from the arbitrary nights of asshole doormen, imposed drugs and a high school dynamic run tyrannical. By the time the listener comes across “Glatt” and “The Dinner That Never Happened,” it’s obvious that Staying In may be an accommodating, accessible dance album short of the dumb shimmer of crass mainstream pandering.

I’m guilty of posing binaries, my first the club and the home, so in the name of diversity here’s another: house and lounge, those two possibly most childish of dance modifiers that lend themselves so readily to the kind of mixes you receive free with a pair of jeans, are here still considered the kind of thing an artist can master. Dyrdahl doesn’t push the genres’ ideal of a mix of unquestionably solid beats and consistent melodies too far into outer space, to the kind of places where those who listen to dance (and only dance) think rhythm cures disease (only one short step removed from the culture that expunges those guys with dreads who play a single drum in the park in the name of world peace). “Interpolation” and the aforementioned “Dinner” move with the album’s same mid-tempo sway, but occasionally break with a knowing nod to ear fatigue. Staying In isn’t hysterical enough to be called strictly house, but if Dyrdahl oscillates between house and lounge, he’s definitely favored the former while infusing it with the elegant restraint of the latter.

It’s already shaping up to be a year where great, predominantly European, dance music graces our shores (Staying In has been out in Europe since last year), if only because artists aren’t trying to top the untenable heights of frenzied party music. (Although, having said that, I think Girl Talk has another purposeless clusterfuck coming out soon.) This album’s been described elsewhere as tripped out, acid-house, and a plethora of other modifiers that I can’t quite parse. To me this sounds like clear-headed music for lovers of straightforward disco pop—an unblemished set that asks haters and the insecure alike to wait behind the velvet rope where they’re most comfortable while the rest of us throw a cloth over the lampshade in the living room and put on a really great record.