Other Records by DJ Muggs vs GZA 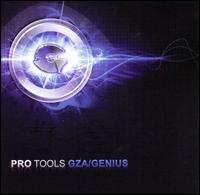 Masta Killa: Made in Brooklyn

Wu-Tang Clan: Disciples of the 36 Chambers

What do I matter in the face of this album? What’s one more review? One more OMG-this-album-is-amazing-go-get-it-fuckface review in a sea of a million. Unless I’m wrong, no one else flips over this, and I’m left with this review published and my pants down, ready for the inevitable boot to fall. But that doesn’t seem likely, because every half-knowledgeable person I’ve played this album for has sat with jaw dropped while it spins, just as enamored as I am. So I mean, maybe this’ll get a Metacritic score of a billion, or maybe it won’t even show up. The latter seems unlikely though, because this album is fucking incredible.

So what’s one more review? One more Wu head blown, stumbling into the light after endless hours with the Genius, mouth agape, fumbling for the right words but failing and finally muttering, just another voice in a multitudinous chorus, “This is the hot shit.” Because how long has it been since the GZA sounded this hungry? (Quoth Chet, “Masta Killa’s album, last year.”) Well, okay. So I can’t complain about GZA having “fallen off”—after Ghostface, GZA sits on the most consistent solo career of the whole Clan. Still, Legend of the Liquid Swords found GZA sounding disinterested, though unquestionably on point in all technical aspects (ahem, “Fame”). But this album—a feature-length collaboration with Cypress Hill’s DJ Muggs—is GZA’s strongest, most cohesive lyrical performance since his epochal, top-ten-hip-hop-albums-of-all-time-caliber second album, Liquid Swords.

Muggs, meanwhile, does a better impression of the RZA than, well, the RZA does these days. Check the tensely percolating electroharps of “Those That’s Bout It,” or the rolling surf licks, snare-heavy percussion and midnight-chiming gongs of “General Principles.” Or the menacing stomp of “Smothered Mate,” or “Unstoppable Threats,” or “Advanced Pawns,” which doesn’t even really have that good of a beat on its own but perfectly separates the aforementioned “General Principles” from the saturated soul and slowhand jazz of “Queen’s Gambit.”

Says Aaron Newell, CMG’s go-to production guy: “Muggs has all these great little touches...like...people who write this off just because he was responsible for the grotty soundtrack of all their high school/frat parties that they'd rather forget (and flannel shirts) are missing out. And that's a genuine risk of the trade-name ‘DJ Muggs.’ Like, I didn't want to like this at first.” He’s right: outside of Cypress Hill’s first album, I’ll admit to having slept on Muggs’ work. Part of me couldn’t help but looking at him as having set an invalid template, launching all the whiteboy horrorcore shit that lived on in the deplorable work of ICP, Limp Bizkit and at least five million others.

But on Grandmasters, Muggs’ attention to detail is remarkable, particularly in his precision-strike drums. As is his wont to do, Newell goes on, “Pay close attention to his hi-hats on the more skittery beats: he pans different rhythms to different sides. The detail is really subtle, but he puts so much thought into his drums, which are almost always really well-chopped BREAKS, which hardly anyone does any more. This is why the record sounds so much like Liquid Swords.” He’s right again (except for maybe that last part, but whatever): put this record on headphones, and the nouveau-Dre strings and minimalist boom-bap drums of “Unprotected Pieces” reveal subtle hi-hat echoes, barely audible choirs, the machine-gun thundering of a passing helicopter. “Smothered Mate” gets by on that old bass-drum hi-hat one-two, but the vehemence of the bass drum is palpable, sauntering insistently, menacingly forward.

And over these multifarious backdrops, GZA casts his stark poetic spells, conjuring a foggy, desolate city and wandering the streets alone at night, reminiscing with ghosts. He populates this nowhere with brutal battle raps, pensive sex talk, clear-eyed moralizing and eleventh-hour revelations. He’s drawing from a point somewhere between Kool G Rap’s “Streets of New York” documenting and Guru’s “Moment of Truth” sermonizing. I mean, GZA released his first album 15 years ago. Dude is almost forty, and with age his raps have come to sound wiser and more refined than ever.

He goes all CSI: Shaolin on “Exploitation of Mistakes,” where over a twinkling piano line and pattering typewriter, he sets the scene thusly: “Two individuals pulled from a lake / Inside a vehicle, one had his foot on the break / The windows was fully up and the doors was locked / The news made the headline and the town was shocked / The driver was clutching a can of Hi-C / His jacket was tied to a nearby tree / His jeans had dye in’em / An unusual tattoo was the only hope of identifying’em.” His word choice is, as ever, unadorned, and the focus remains purely on content: throughout the album, he seems more determined than ever to prove the “genius” title, to stir the listener with increasingly elaborate metaphorical imagery and nail-biting narrative. His raps come steady and confident, lean and slow so every word counts. This is the point where I compare him to William Carlos Williams and my editors make fun of me.

But check it: even though “Queen’s Gambit” may inspire groans as the obligatory sex rap, GZA’s unwilling or unable to play to type, flipping the script and filling the track-length rap with—you guessed it—NFL references. What the fuck? Either a commentary on American machismo or simply the giggling wordplay of a bored dynamo, the track defies odds and works, rocking double entendres and austere couplets like, “Came through for the Orange Bowl ‘cuz it was in season / One of them said she loved The Juice and kept squeezing.”

I asked Chet Betz what he thought of the album, too, because that kid’s got crazy knowledge. He emailed me back with a series of Zen riddles, obliquely alluding that he thinks I should consider the album’s place in the Wu canon and, indeed, what this album’s existence says about that canon, before concluding, “Look for the themes and break down the brilliance of how GZA tackles those themes as a point to all the hip-hop fans these days who couldn't give a shit about lyrics and listen to Jeezy, because you and I both know that GZA is a fucking lyrical genius and anything he puts out is gonna be rich on that front alone.”

And that would probably take a while to do, because GZA is on some twelfth-level shit here. It’s been purported that the album is intended as a sort of history lesson/primer, a definitive statement of hip hop, but that seems a little off, because GZA and Muggs aren’t really hip-hop in the classic sense. There’s a lot of meaning hidden in that title, though: these are two of the genre’s largest talents operating in top form, working within the styles that they created. This isn’t a definition of hip hop, but it is a revalidation of it, a much-needed assertion of what it can be. When he declares, “This is hip hop,” he’s not speaking conclusively, but rather as a cautionary reminder of the music’s potential.

Nowhere is this seamless synthesis of music, flow and purpose more effective than “All In Together Now.” Over gentle bass pulses and a mournful, circular guitar line, RZA and GZA deliver painfully truthful assessments of their friend and cousin, the late ODB. The track cops the title of ODB’s joyous, cross-cultural party jam and recontextualizes it as a deeply personal statement of friendship and loss. GZA hits it off with one of the finest verses of his career, spitting, “Downstate psychiatric, tried to put a code on his brain until he cracked it / Now the media wanna view him like they knew him / And his head nurse wanna sue him cause she blew him / Ever since he walked on stage he was just a loose cannon / Wild drunk staggering, a nigger who kept standing / Class clown when he erase chalk from the board / The only choir member that would sing off chord / We were all, all, all in together now,” and as the RZA launches back into the chorus, Muggs gently raises the specter of Dirt McGirt, a faint echo of the man himself as seen from behind a glass mountain.

I could go on and on about the successes of this track, like the way that when the beat switches up in GZA’s second verse it foreshadows the baleful turn of the third, but this review is already a monster, and at some point I need to stop analyzing this album and just let my few remaining readers go out and buy the damn thing. I guess I need a blurb, some sort of closure. Here: the only other hip hop albums this year that can even approach Grandmasters are either French (TTC) or insane (Edan), and even those two are starting to look pale in comparison. And yeah, the title’s silly. But just listen to it: an assertion of dominance this monolithic has earned it.