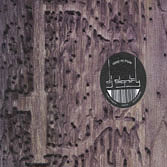 DJ Signify’s Sleep No More raises no doubts to its cohesive nature. It has a vague concept that thematically glues, and the atmosphere is thick and pervasive. It’s certainly greater than the sum of its parts, which is good because it’s a rather inconsistent body of tracks. That’s strange, strange for an album to be called cohesive and yet inconsistent at the same time. It’s strange to call the tracks inconsistent with each other when they really are quite consistent in terms of mood and sound. Sleep No More feels very much like the work of one hip-hop vision with some valuable verbal contributions by Sage Francis and Buck 65. It’s just that pieces of that vision are startlingly effective, others only moderately so, and the mediocre rest falls into the doldrums. It all flows and works together and makes for one strong album overall; nevertheless, this review will break it up into three qualitative categories, the intuitive approach be damned.

“Kiddie Litter” features the inimitable Sage Francis spitting lines like “Light flickers on the frame of a light sleeper/ watching sports/ in a stained wife-beater and boxer shorts/ The night creeps between the uneven slides of Venetian blinds/ and it sees signs of struggle” over a cool sample and bumping drums.

The first truly great song on Sleep No More, however, would have to be “Winter’s Going,” and it’s probably the best track on the album. Buck65 can’t match Sage’s cleverness, and he can’t shake his commonly Canadian deadpan flow, but there’s a moving quality to his gruff, muttering rap that muses on some mystic moment of love. DJ Signify provides a real beauty of a beat made of strings, echoing horns, soft acoustic pickings, a cousin noise of gong, and the sample of “winter’s going, and the leaves turn green” heralding louder drums.

“Winter’s Going” also marks the beginning of the album’s really good stretch. The Peek’a boo triptych features the three best instrumentals on Sleep No More as Signify ratchets up the energy and creativity levels. “Peek’a boo pt. 1” soundtracks an Austin Powers flick directed by Lynch, “Peek’a boo pt. 2” shoots its groove semi-automatically, and moody “Peek’a boo pt. 3” has this stuttering synth bass that could clinch just about anything.

“Cup of Regret” finishes the really good stretch of the album’s middle. While the beat’s nothing remarkable, it’s solid enough to play that second fiddle to Sage’s unbeatable rhymes: “Don’t upset the poet/ Tapping random body parts like they’re sturdy drum set components… Unfortunately, thoughts can’t be aborted/ When seeds get planted deep into the guy/ hiding his pot belly.”

“Migraine III” sounds like one of the darker tracks off the Dust Brothers’ Fight Club soundtrack. “Stranded” features Buck; it’s repetitive and chill and has a horn at the end. “The Nods” should have played in the background as Harrison Ford pushed through the bustling streets of a rainy future city. “Haunted House Party” marches like your average Jel with Francis lines about some creepy old dude who’s becoming the father-in-law: “I was waiting for him to show his hand/ until I discovered the difference between a gold mine and the mind of an old man.” The album’s most overtly pleasant track besides “Winter’s Going” would probably have to be “Five Leaves Left (For Lauren),” but the former is vastly superior to the latter in terms of feeling and construction. Buck’s searching for the molting hair girl in “Where Did She Go,” but the lyrics get interesting near the end of his verse as he describes a dream: “Meanwhile, snakes, lots of them, in combat matrimony/ making a sound like wet macaroni/ Some had a head at both ends/ with tiny wings/ Teeth like icicles/ Eyes like shiny things/ paper clips, staples/ A man with a fish face/ looked me up and down and said I was a disgrace.”

The first track, a dark, plodding, down-tempo sort of thing, features some interesting bits here and there, but mostly it is samples of old guys and young girls and uninspired drum programming. “Fly Away” would have been barely original a decade ago, and it probably would have sounded exactly the same. Worst of all, the track dawdles along for over six minutes. “Shatter and Splatter” is a two minute exercise in pointless sound collage. The music takes on more form with the next track, “Red to Black,” and so it is Buck’s turn to describe the environment. His verse starts to develop into some kind of story about following a trail of hair. Uh, okay. “Dirty” joins the album as yet another dark and plodding and really bloody boring beat. And just as the first track of the album goes on for six minutes too long, so the last track does little to justify its six minute scratch exercise beyond a few sonically choice bits. After the obligatory span of several silent minutes, a song with Buck 65 pops up that’s nice enough to almost atone for the dull piece of goth-hop that hogs the front end of "Breath."

Everything’s in its right place. If everything had been great, then maybe Thom wouldn’t have woken up sucking a lemon. Still, DJ Signify made lemonade.