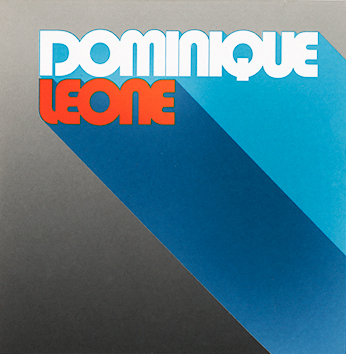 Coming fresh off a couple of articles where our staff took to task Pitchfork’s ubiquity/authority via coverage of their annual festival, a less than flattering review of one of their staff’s solo albums might seem a bit underhanded. Rather than using this review for further analysis of Pitchfork as media giant as unscrupulous trendsetter as arbitrarily-shifting genre fetishist, I’d like to mention that its monolithic presence can still be broken down into its constituent writers, some of whom are incredibly talented, thoughtful and critical writers. One of these is Dominique Leone; or perhaps I should say was, since his contributions to the site are becoming rarer and rarer, perhaps because his music career has finally started to take off. Leone was one of the first critics to open my eyes to the wild world of out music, to make me realize “weird” could be one of the finest descriptors applied to music. And not because he devoted himself exclusively to experimental music but because his tastes covered everything from bubblegum pop to electronica to prog. In a sense writers like Leone introduced me to the possibility of having idiosyncratic musical tastes without caving in to any single fringe genre.

Oddly, the shortcomings of Leone’s self-titled debut aren’t really a result of not being able to internalize these diverse influences; even if it sounds like a pastiche, it doesn’t superficially cop any single artist or even genre. Fellow CMG writer Conrad Amenta said that to “call this album experimental is giving it way too much credit,” and while it might just be that I can appreciate its strengths a lot more, I’d also say that, regardless of quality, it does manage to push boundaries and play with the basic parameters of genre, song structure, tonality etc. Then again, late-period wtf Brian Wilson experiments push boundaries, as do Mars Volta and John Cage’s “4’33,” but that doesn’t mean I actually want to listen to them. I think it has something to do with a certain amount of intuition and a coherent aesthetic, neither of which are Leone’s strong points here. That and the fact that—and this will sound especially reactionary in the context of out-rock/experimental electronic music—Leone really can’t sing very well. I don’t mean in the sense that he’s off-key or irritating or monotone, just that he seems to be pushing to make his voice prominent over the fury of synths, guitars, drum machines, and noise that crowd the tracks. His vocal shortcomings wouldn’t be a problem, except that he often seems to be reaching for Wilson/Van Dyke Parks levels of vocal aerobatics, which requires a vast range and a lot of versatility in order not to sound awkward.

In fact awkwardness seems to mar Leone at every turn: would-be sincere teenaged-symphonic ballads like “Goodbye” and “Claire” sit alongside tongue-in-cheek electro-throwbacks like “Nous Tombons Dans Elle,” with the only common link being the production which consists mainly of proggy keyboards, any number of drum loops and effects, and fuzzed-out guitar. “Nous Tombons Dans Elle” is actually kind of fun, with Leone taking a cue from recent French dance acts like Justice who have incorporated ’70s prog and classic rock into house music, and playing into the obnoxious side of his voice a lot more, in a way that probably unintentionally recalls Mindless Self Indulgence. That’s not a bad thing necessarily, but the track doesn’t exactly fit very well; a moment of smutty electroclash in the middle of an album that reaches for Magma levels of grandiosity.

Not that all the far-reaching moments of the album fail outright: opener “Kaine” is at least interesting, even if it doesn’t stick to one idea for very long. An unpredictable sound collage that starts with backwards voices and then Leone’s own woozy, distant vocals over measured acoustic guitar picking and then adding low distorted guitar fuzz and frantic whispering, it probably benefits most from Leone allowing his melodies to drift through the mix rather than trying to project them over it. On “Sim” Leone settles into the mode that determines most of the rest of the album: sub-Beach Boy harmonies that overwhelm passages of light electronics (which in and of themselves are actually somewhat interesting, if a little too ’70s prog/kraut-oriented), with occasional bursts of noise and unfortunate detours into horrendous, tonally-homogenous guitar solos. Not that the album sounds bad production-wise, just that it’s full of misguided choices: the chromatic melodies in “Tension” are fascinating, but why did Leone choose to distract from them with vocoders that even Beck stopped using a decade ago?

Then there’s the 13-minute “The Return,” the only downright tedious track on the album, which moves from moody chamber music into a melody that would fit into ’70s MOR arena rock, then into a poor approximation of dream pop—schmaltzy vocals, way too much fuzz, chorus and reverb on everything—and back again. Halfway through it descends back into lo-fi crackling chamber music, only to round it out with three minutes of noodling synth solos that are rendered a sludgy mess by the effects laid over top, which either exist to cover up a lack of actual skill or to garner associations with current noise/experimental electronic music as opposed to prog. Either way, the whole track feels like such an obvious attempt to throw as many styles together as possible without any actual consideration for how they might meld together organically. Here the comparisons to Mars Volta actually hold some water; a band that likewise have mixed erratic/overblown solos with abrupt/awkward stylistic transitions. It’s definitely the worst offender here, but perhaps to call Dominque Leone’s entire album an outright failure would be giving it too much credit. If you know what I mean.