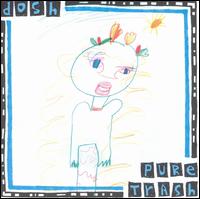 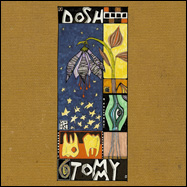 Remember Do Make Say Think’s almost universally reviled “The Universe!”, the titanically obnoxious centerpiece of the largely underwhelming You, You’re A History In Rust (2007)? I’m willing to admit that it’s reductive and obtuse—that it does, as Joel wrote in his review of the album, come on “with all the subtlety of a ton of bricks.” But I’ve always wanted to like that song, and on a number of occasions I’ve even sheepishly argued its merits, because I totally get where the band was coming from and can see, in a different context maybe, how the idea could have worked. I think “The Universe!” is reductive because it wants to admit to post-rock’s reductions outright, undermining the genre’s cliched bombast by making a cartoon of it. That works in theory. In practice, “The Universe!” feels too conceptual, too much like a gimmick, and so the fun in bombast—the thrill found in, say, Mogwai’s “Like Herod”—just isn’t there. So the song is a misstep, a failure to properly execute what I maintain is a solid idea.

But Martin Dosh, respected purveyor of a particularly understated brand of post-rock, has finally, and rather unexpectedly, perfected the formula. “Gare De Lyon,” Tommy‘s eight minute closer, builds toward the same seismic guitar beat-down “The Universe!” did, but here nothing feels reductive or obtuse. The trick is that “Gare De Lyon” doesn’t feel like a trick; it’s the same post-rock reduction, the same underlining of a formula, but here there’s no pretense of making a point. “Gare De Lyon”‘s inclusion is an aesthetic decision, not a conceptual one, and on those terms it works so perfectly: after nearly forty minutes of complex, low-key, and just generally subtle post-rock, Dosh is entitled to a garish gesture. The indulgence feels earned.

If there’s an issue with ending so boldly, it’s in how it might misleadingly suggest a narrative. As a sort of “grand finale,” “Gare De Lyon” threatens to frame the preceding material as somehow leading toward the pay-off of that conclusion. But I think it’s a mistake to think of Tommy in narrative terms. We tend to want to read instrumental records, particularly ones with such conspicuous “conclusion” pieces, as having some kind of simple, digestible arc. And while it’s true that many post-rock records do—think of exactly what we mean when we describe bands like Explosions in the Sky” as “cinematic”; they’re more thematically suggestive of movies than they are aesthetically—Tommy feels like more of a casual whole, unfolding lazily.

What this means in terms of structure and pace is that Tommy is leisurely, which to some people might suggest “boring” except that this is a very dynamic sort of leisure. You’ll recall that the operative word across all of last year’s music trends was “chill,” but those scenes took a redundant approach: bands like Washed Out and Neon Indian thought the way to craft laid-back, unpretentious music was to envelope simplistic pop in a blanket of noise, but in doing so lost a crucial sense of vitality. Tommy, by contrast, is brimming with energy and ideas—Dosh proficiency as a multi-instrumentalist is apparent on each of these ten tracks—but its mastery is so consistently downplayed, its performers shining but never showing off, that for all of the technical wizardry and compositional cleverness Tommy still feels so effortless.

Subtlety of this kind risks dismissal, and that’s a problem Dosh has faced across his entire career: his albums are rarely striking; they’re too understated to feel like “major” releases. And so while it’s difficult for critics to find fault with Tommy, it’s a little too easy for them to take it for granted. But I wish we had more artists like Dosh and more albums like Tommy—breezy, unpretentious albums that don’t come on too strong or try too hard. Because right now, especially, while we all natter on about hot new records from Broken Social Scene or the National or Crystal Castles or whomever-the-fuck, you might forget that Dosh has just dropped a very good album to very little fanfare—one that engages you, surprises you, delights you, and above all treats you like an adult.