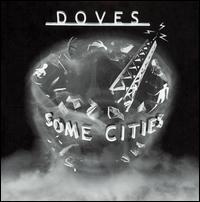 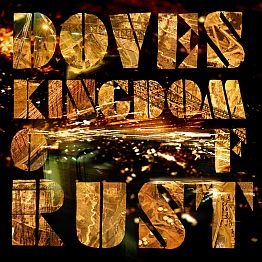 Among people who actively enjoy music, I don’t think I’ve ever met anybody who legitimately hates on Doves. They’re hard to dislike: three scruffy, very unpretentious Mancs in their late thirties who seem impervious to trends. Their lives are those of simplicity, wherein they competently churn out moody, heavily layered Brit-pop with sparkly production values and then probably hit up the local pub for a pint. Of course, it also helps that they’re responsible for a few of the most awe-inspiring British singles of the past decade. Seriously, how could you not completely melt at the opening notes to “There Goes The Fear,” a song essentially encapsulating what everyone was hoping the first single from Second Coming (1995) would actually sound like? The same can also be said for 2000’s shoegaze epic “The Cedar Room” and, to a lesser extent, 2005’s “Black and White Town.” All this, congealing into their appealing underdog image, has led many a critic over the years to give them something of a free pass, ignoring the fact that most of their albums are relatively rife with filler and their drummer only really knows one beat.

And now here I am, starting to fear they’ve peaked early. Their first album, Lost Souls (2000), is still indisputably their best, and once you’ve picked your jaw off the floor after the opening OMFG maelstrom that is “Words” followed by “There Goes the Fear,” The Last Broadcast (2002) is the textbook example of frontloaded, with minimal else to get excited about aside from “Sulphur Man,” “N.Y.,” and the rudimentary “thwack thwack” drums of the appropriately titled “Pounding.” Some Cities (2005) was even more scattered with an utterly forgettable Side B, and Doves were reduced to re-writing their best song in “Walk in Fire.” But once again: life-affirming singles in “Black and White Town” and “Snowden.”

The good news is that, in terms of top-to-bottom consistency, Kingdom of Rust might actually be Doves’ best album since Souls. It steers clear of the second half check-out and doesn’t get egregiously lame until its penultimate track, the “things that go bump in the night!” canned melodrama of “House of Mirrors.” The pacing is brisk throughout, the hazy collage of “Birds Flew Backwards” serving as a fine centerpiece to evenly split the record. But sadly enough, Kingdom of Rust suffers from the band sounding a touch too comfortable in their own skin and, most importantly, from a curious lack of a whiz-bang single with which to set summer festival fields aflame. “Winter Hill” is the obvious stab at a “Cedar Room”-style barnburner, and chances are it will, indeed, sound pretty good at Glastonbury after your seventh Carling. Unfortunately, it’s little more than a re-write of Last Broadcast awesomeness “Words” in a different key, containing both an identical guitar arpeggio pattern and drum beat. Likewise, the title track is the first official single, and while it’s a good song, replete with the swooning and headphone-enhanced jangle that Doves fans crave, it’s still a weaker take on their former glories.

The same could be said for the majority of Kingdom of Rust, and while it feels a little sheepish to rag on a band for being a little too competent at what they do, the best you can really say about this, their fourth LP, is that it’s simply a good product that’s easily recognizable as a Doves album. Four years is a long layoff between records, and while these guys remain a quality band that’s outright impossible to hate, it would have inured to their benefit to play it a little less safe, or at the least manage a song or two as stunning “The Cedar Room.” I mean, we’re not getting any younger here.