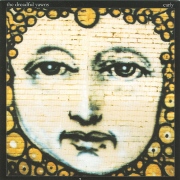 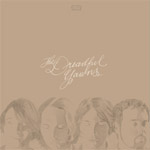 Alt-country, the superficially rebellious and slightly less retarded brother of mainstream country, often falls into the classic “good for a bar, not for anything else” pitfall. And not like, a hip bar, but one of the 5.63 trillion dive bars scattered all across America. Which can be fun and all, but you don’t ask the bartender, “What was that awesome stuff you were playing?”

A two-note bass line (“line” of course, being a generous bit of nomenclature here) will usually suffice. Don’t forget the banjo, the slide-guitar, and the idiotic lyrical subject matter. Nabokov said once: “My loathings are simple: stupidity, oppression, crime, cruelty, soft music.” “Aha,” you say, “I know where you’re going with this. Alt-country is overwhelmingly in the last category.” Not quite; it’s more like alt-country is not only generally soft music, but stupid, oppressive to good taste, criminally bad, and cruel when one settles on the masochism required to actually pay attention to it. And nearly every band looking for a break plays it.

Which is why The Dreadful Yawns’ Early (2004), was a water fountain in the desert. Abandoning the boring traditions of so many country acts whose songs were so predictable that they were over before they began, the Yawns imported foreign and thrilling elements through the starving pores of the alt-country genre. Electronics, synths, alien effects, and generally unpredictable song structures rendered Early in stark relief from just about every other benign promo to arrive on a thousand critics’ doorsteps.

Dreadful Yawns isn’t quite so vital in its challenges to form, but the group hasn’t deserted their darker emotional edge and instrumental intricacy. It’s merely a bit slower to emerge from the album’s intimidating 74 minute length. Accordingly, the group open slowly; “You Sold the Farm” is a pensive but beautiful slice of percussion-less melody, deliberately and assuredly unfurling the band’s banner of longing and listlessness. From there they move into more traditional territory – but even “Get Yourself Back Home,” constituted of predictable country ingredients like tambourine, harmonica, and slide guitar, is well-wrought enough to be impressive. Its bass lead is unassumingly strong, and its slide-guitar solo hits the mark, straddling bluesy improvisation and rock ethics.

When the group switch into alt-country autopilot, rare as such incidents are, they betray their substantial strengths with weaker turns like “Darkness is Gone,” whose weak bass work and bland layering stumbles far beneath the group’s loftier ambitions. The same harmless by-the-numbers pleasantry resurfaces on “Back in the Ground” via a solid but unremarkable melodic plod.

But the group’s great strengths – primarily instantiated in haunting arrangements and ethereal instrumental emphases – win out over the course of the album. Gorgeous synthetic splashes artfully permeate the ghostly spaces in “It’s a Charmed Life”’s wraith-like structure. Reverbed guitar winds a watery way around subtle piano work and understated percussion in the beautiful “Part of Your Past,” a resigned bit of work reminiscent of some of Mark Eitzel’s sadcore arrangements. Lyrically the group compliment their forlorn instrumentation rather well, with lines like “Don’t you forget / The way that you felt / When I was a part of your past.” More stripped down pieces like “Waking Up to You” play to different strengths – in that song’s case, serene harmonizing and undecorated melody.

Best of all, the group are able to concoct some entirely surprising and thrilling magic. The surging, quiet grandeur of “Get Straight” – built upon a dynamic, increasingly layered and complex catharsis, à la My Morning Jacket – is utterly entrancing. “There’s No Place Like Home” is brilliant, ascending into cool, ethereal space on seamlessly incorporated electronic tonal modulations, to be brought angelically down on descending melodic turns, and guitar strums and slides. The song is a striking example of measured, unhurried textural variation, enhancing each successive measure of repeated patterns with superb sonic alterations and additions.

“Lullaby” measures up to even the best of I See a Darkness as a sterling example of deepening dynamics, evolving steadily from its spare starting bones – a wistful and brooding electric guitar dominating the mix – into a devastating instrumental and lyrical conclusion: “I’ll have to kill the one you love / I’ll have to kill you both / I’ll have to kill myself / You left me all alone / Now we’re all alone.” “The People and the Sky” is a downright sleeper’s anthem, a piece which assures the band’s second-side transcendence by the time its arching guitar solo spills across its steadily beating rhythm and sends the song into a majestic, uncontainable, glorious extended jam of a coda. (And yeah, it’s excessive, but my God.)

As with their debut, The Dreadful Yawns is slow to bloom into something utterly inspirational. But that flowering is, once again, magnificent. In their increasingly ambitious moments, the band bends its genre in way so constructive and striking that it sends its peers for the door with their heads down. One is tempted so far as to think that the more traditional run-throughs on this eponymous sophomore album are there for no other reason that to say, “This is what other bands do. Now check out how we’re so much better.” Alt-country converts, this way, please.