Other Records by D. Rider 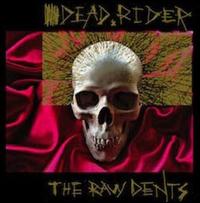 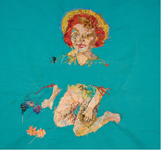 There’s something troublesomely literal about D. Rider (apparently short for “Dead Rider,” which is a new alias for Todd Rittman of U.S. Maple and Singer). Random constrictions abound, Dogme style: there are no toms (hence “Arranged Marriage to No Toms,” which is about as literal as it gets) but every track starts with a drumbeat and uses no more than 16 tracks or less. U.S. Maple embraced randomness as a tool of deconstruction, with titles like “Rice Ain’t Afraid of Nothing” and “Letter to ZZ Top” implying some inside joke that was never revealed since Al Johnson’s unintelligible vocals sounded like a dying emphysema patient. But Mother of Curses sounds like their former guitarist is trying to build up that irreverence back into something meaningful.

Problems seem to arise right out of Rider’s initial guidelines. Setting limitations can be one of the most interesting things you can do in experimental music, but here it doesn’t cohere into any kind of singular aesthetic. The stripped-down snare/kick/cymbal combo seems better suited for garage rock duos, and anyone expecting concision with 16 tracks need look no further than the splintered, choppy guitar solos that dot the first two songs. The potential for unhinged, free interplay is there—a reminder that one of the most appealing aspects of his parent band was the unbelievable precision of their two guitarists—but here it’s crude beats and fuzzed-out bass that seem to determine the overall sound of the vast majority of the album. There’s no hiding the fact that the drums command most of these tracks; Mother of Curses plays out like electronic music without the ability to tweak each element afterwards, or free improv where one instrument is clearly dominant instead of all instruments responding and interacting with each other.

These zombie beats could theoretically achieve the degree of apocalyptic decay that the songs envision, but when that vision is achieved it seems to happen more by accident. “Dear Blocks”—despite being a dead ringer for at least a couple of This Heat tracks, and despite featuring the pointless sampling of an aerosol can—is probably the best thing here. It’s the one chance where Rittman really plays up to his guitar skills: even though he’s essentially just picking out odd chords, he does it in such a way that he randomly fucks with the tempo, creating a claustrophobic effect that’s pretty much unparalleled elsewhere on the album. The only other remarkable moment is found on the back half of “The Marksman,” where drawn-out arco strings, fuzzy electronics, and low moaning provide much-needed relief from the stock and trade industrial beats that open the track.

Aside from that, the only track without the constraints of rhythm, “Welcome Out,” is an awkward, damaged acoustic ballad, with the only redeeming quality being Andrea Faught’s cornet and Noah Tabakin’s sax, which wind around each other, often spliced up and reversed. But Rittman’s lyrics are often cringe-worthy (“Is the west treating you alright,” which would be bad enough even if it didn’t appear several times in “Dew Claw Don’t Claw”), and his delivery is hard to stomach. With everything arched and hyper-enunciated it sounds like he’s trying to be the opposite of Johnson. And while neither of them can sing in any conventional way, Johnson at least managed to push his band to a perverted Captain Beefheart-funk that at the very least made it sound like they were having fun. In contrast, D. Rider go for an apocalyptic Trent Reznor delivery to make it seem like this stream-of-consciousness drivel is far more profound than it is.

Determining a band’s sense of humour can be a futile task, admittedly. The slightest changes in tone, pace, density, and even production value can transform the most oddball deconstruction into a monolithic statement of Mars Volta-style self-importance. I try not to judge a band based on which end of the spectrum they appeal to (hey, I love Magma too), but most of Mother of Curses feels suffocating: it’s experimental but constrained and bleak but not humanistic or relatable. Ironically, this is most evident on their most taking-a-piss track, “Touchy,” whose lyrics include “I can be a cowboy when you touch it / touch it / touch it / You can be a princess when you touch it.” Needless to say, the song isn’t funny or sexy, and if it finds the band taking themselves less seriously it does so in a way that recalls the machismo of Monster Magnet (and really, what’s more self-serious than that?). It’s easy to forget that in their most bizarre, spasmodic days U.S. Maple used to embody androgyny reminiscent of early no-wave. Mother of Curses reminds me a lot more of sexually frustrated, regressive post-adolescent males than its creators probably ever intended.