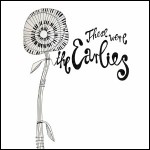 These Were the Earlies

It's easy to forget that even superfluous copy-cat bands exist in an attempt, much like their heroes, to complete the "what-if's" of their musical youth. Occurrences, rare as they may be, of Floyd-Styx/Zeppelin-Foreigner concoctions only make this most admirable of goals all the more fascinating and sad; part of it ultimately comes from the influences employed and the rest--the largest part of this pie--being, y'know, talent. Get the right or wrong mixture of either and you'll end up at two very different ends of the spectrum. The Beach Boys would borrow liberally from from both Chuck Berry and the Four Freshmen, mending both with an intensly focused and knowing vision, while Nickelback would choose to jock-up their own unique flavoring of Bush and every bar-band they'd ever spilt their beers rocking out to.

The possibilities seem endless. Take group like Mercury Rev--they already have the likes of Arcade Fire and Mytwilightpilot coursing through their alternate lives of rock stars and progressive indie rock hopefuls, but all along the great lost mixture between 1999's Deserter's Songs (the beautiful middle-ground between their true heyday and their current excursion into epic melodrama, aka 2002's All Is Dream), the Beach Boys' SMiLE and Olivia Tremor Control's psych-pop experiments has remained unsurfaced. Left to their own devices, it would most likely never happen.

Now, incarnated in the body of the half Yankee/half Brit group the Earlies, the wait would appear to be over. Their debut full length, as you may be able to gather from such a comparison, shares Deserter's morose yet optimistic tone, keeping most all of its tracks low-to-mid tempo in order to assure that its arrangements are as spacious and detailed as possible. This is especially the case with "One Of Us is Dead" and "Wayward Song"; neither move much faster than your standard Low song, and the vocal delivery perhaps isn't as confident as it could be, but they're both richly structured and considered enough to make up for the lack of--in the case of "Dead" and "Slow Man's Dream," at least--a great hook. "Wayward" is the closest the record comes to copping a Deserter's track completely, and it maintains the ambition of "Dead" while picking up the melodic slack that keeps that song from really taking off.

The biggest difference between the Earlies and Rev becomes clear very early: whereas Rev had used more psych-folk means of channeling their ghosts, the Earlies approach it through ambitious lo-fi electro-pop that, along with many of the Elephant-6 retroists that sound vaguely like them, incorporates a significant amount of Brian Wilson's "psychedelic barbershop quartet" (in the words of a disapproving Jimi Hendrix) leanings. In fact, one need only dedicate twenty-six seconds to the record--the length of overture "In the Beginning"--to hear the influence. It's not as complex or prominent enough to be the group's very own "Prayer" or even "Mama Says," but is nevertheless a fitting homage--one which transforms into hints of latter-day Wilson contributions on Sunflower (1970), Smiley Smile (1967) and Surf's Up (1968) throughout, from harmonies to production ideas.

At times it even begins to resemble Sean O'Hagan's High Llamas--like on highlight "25 Easy Pieces," which weaves in the Americana-themed melodies (which also runs through the largely instrumental "Morning Wonder," until the electronics begin to wage a war and the song turns into a mesmerizing Blur/13 homage in defense) that Hawaii (1996) had borrowed from SMiLE. The production, as it is for most of These Were the Earlies, is meticulously intricate and inventive, finding a perfect middle ground between a six year old child's warped imagination and their fifty year old hippie uncles' lingering dedication to his bong--who would also no doubt find lots to love about the accessible use of many electronic elements, from the usual blips to warm ambient washes and endless vocal effects.

There is, unfortuantely, the odd wanderer that gets lost on its way to finding a middle ground between their experimentations and an actual melody. Take psych-freakout "The Devil's Country," which really only comes together (save some beautiful background vocals) for its instrumental ending, yet still lacks the power of slower cuts like "Wayward Song" or the heavily Warp-inspired instrumental "Lows" -- which combines the enveloping atmosphere of Boards of Canada's Geogaddi with a symphonic pop arrangement. "Song For #3," which stands between the two tracks, suffers many of the same drawbacks; after a lengthy vocal build, the song takes on a loungey, soft-rock Is a Woman-era Lambchop aesthetic. Brandon Carr does his best to croon his way through, though its chorus hook does little to make the process overly enjoyable.

"Bring it Back Again"--as the title not-so-cloyingly suggests--returns to Deserter Songs' solemn search for resolution, this time produced like the more restrained sections of Menomena's I Am the Fun Blame Monster (2003). The harmonies continue to flourish and, like "Wayward" before it, we're given more than just intriguing production twists to remember it by. They briefly wander back to lounge-pop for the opening segment of "Dead Birds," only to break midway into a full-band assault not unlike the end of the Decemberists' "I Was Meant for the Stage"; in this case, however, the cacophonic mash of horns, synths and percussion is far more focused and bent on developing the track instead of merely bringing an instense end to a rather anti-climactic set. Tellingly, the group opts for a sparse, almost Polyphonic Spree-esque dream-sequence to quietly bring the album to a close.

Though the tempo or approach never really takes a change drastic enough to warrant mention, there is a slightly disparate feel to the record overall, which may have to do with its being culled from a series of five EPs that the group recorded between 2002 and 2003. However, the album still holds together with a surprising cohesiveness, which is essential when crafting a debut that relies far more on the effect of its ambitious whole than any specific genre-bending tracks. There is no "Good Vibrations" here, to be sure, but they're certainly facing the right direction at this youthful stage of their career. Accomplished as they are already, I think we can safely afford to be optimistic that they'll reach even greater heights in the future--or at least inspire others to do the work for them.