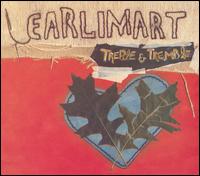 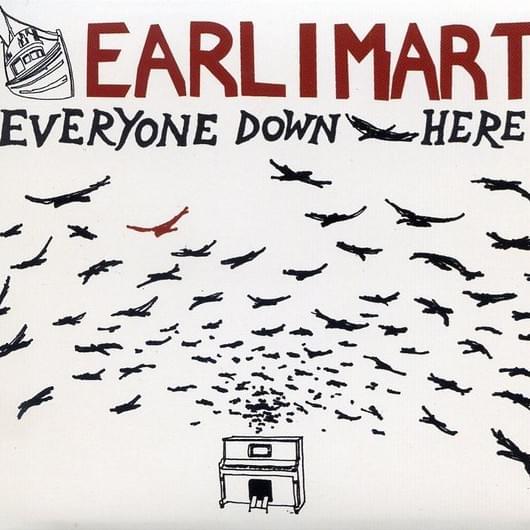 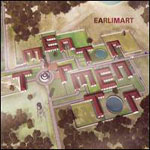 Lovely acoustic guitar strums, crisp in-the-pocket drums, orchestral synths and strings, hushed piano chords, the occasional noise-guitar freak, and boy-girl harmonies executed with the charm of lullabies: this is what we've come to expect from Los Angeles rockers, Earlimart. Their trademark formula, which owes a couple of nods to Grandaddy and Elliott Smith (and has since been inhaled by bands like Eulogies and Sea Wolf), gets worked into the ground on this new Mentor Tormentor. Of course, Earlimart's expert lush production, as rendered by the band's core members, Aaron Espinoza (vox, guitar) and Ariana Murray (bass, keys, vox), remains intact, but for the most part the songs are bereft of any new ideas for the band and their tropes. This album's impressive predecessors -- 2003's lo-fi and edgy Everyone Down Here brought us danger ("Burning the Cow") and beauty ("The Movies") and 2004's delicate Treble & Tremble piled on more beauty ("Hold On, Slow Down") with a touch of sadness ("Heaven Adores You")--packed their own unique punches but this, their fifth album in eight years, while lovely (clearly an Earlimart staple), is not much else.

The trouble is that Earlimart's well-worn techniques are running their course. Simply put, the instrumental arrangements and melodic phrasing of the vocals sound as if they were lifted from earlier albums, so much so that I listen to some of Mentor Tormentor's best songs (like "700>100" or "Answers and Questions") and it seems they could have been alternate tracks from Treble & Tremble (not b-sides necessarily, just more of the same). Which doesn't leave us with much. And sure, a guy's going to sing the way he's going to sing and a band's gonna play the way they're going to play and sometimes that's enough, that's that, but even the lyrics, Espinoza's once-admirable word play which could have potentially warranted such compositional retreads, are caught at a stand-still.

If anything, the recycling at work smacks of laziness, and the wandering conceits Espinoza springs on us end up thin. On "Happy Alone" he riffs, "No one likes to be alone coming down on the telephone / Across the city, across the sea / Come back, baby, connect to me." The sentiment might be sincere but this underwhelming description of love-under-fire is played-out in 2007, especially for a band that, ostensibly avoiding their post-punk beginnings while sustaining the mantras, isn't interested in making concessions to a dumbed-down market.

For "Everybody Knows Everybody," Espinoza rants about a loose-lipped lover: "Choose an alternate end without involving my friends I'd always thought you'd keep it to yourself but can you keep it from everybody? Everybody knows everybody, everybody knows everybody.ad infinitum.” Fair enough, I'd want this ex to stop airing the dirty laundry too, but Earlimart relies so heavily on characterless pronouns and vague sloganeering--"everybody knows everybody"?!--that it's sometimes difficult to grasp what they're really trying to say. At this stage in the band's career, it would be interesting for Espinoza to tackle some thorough character development or crafty scene-building. Maybe the straight-ahead and simple approach has been fine up to this point, but Mentor Tormentor is the first sign of a group admitting redundancy.

Newcomers to Earlimart will surely be lured in by Mentor Tormentor's seductive and, yes, absolutely frickin' beautiful sound, while longtime fans, depending on their expectations, will either passively embrace the familiarity or pine for some new ideas. Sure, all criticisms aside, there's just no denying: Earlimart's music makes for an irresistibly pleasant listen even when they're repeating themselves. Up there with the defunct Grandaddys and Beulahs of the great West Coast state, Earlimart captures the dreamy and elusive notion that defines California, whether it's rolling down Highway 1 alongside the Pacific Ocean or BBQ-ing all afternoon outside of a house in the Hills or watching the sun set on the great expanse of Los Angeles or getting caught in a shit-storm of traffic. And is there any better state to so epitomize pleasant monotony?