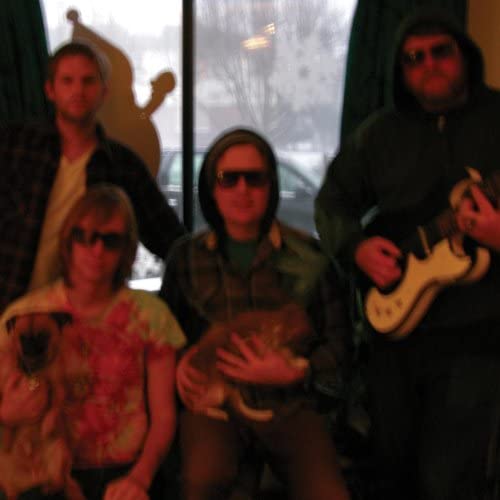 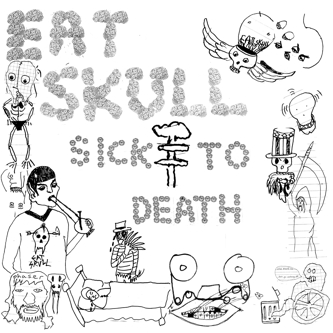 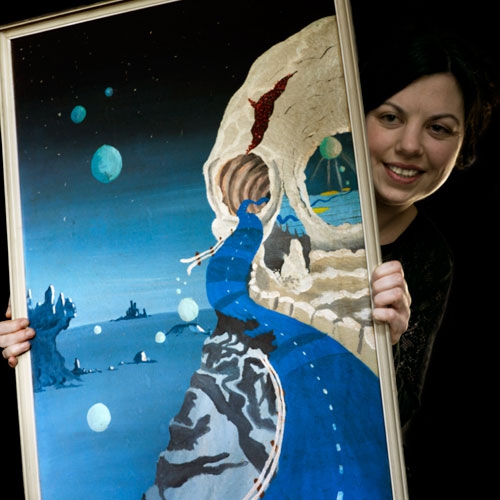 Portland’s Eat Skull, who made an impression with their 2008 debut Sick to Death (followed quickly by Wild and Inside), were herded early on into the “shitgaze” movement with bands like Times New Viking, thanks to their bottom-shelf production values and interest in generally making a racket. But scrape off the feedback and tape hiss, and Eat Skull doesn’t really have a comfortable home—they’re an indie rock band, yes, but one without defined style. After a four-year hiatus, the band is making a go at cleaning up their act with III, a humble, charming record that reveals the band’s talent for melodic and atmospheric ‘90s-style indie rock, but also a bit of a wandering spirit. III is a flighty collection of songs, one that hints at a band that’s growing up, even if they still don’t know what they want to be.

Listening to III can be a bit frustrating; Eat Skull can be really charming when they want to be, but just as often they seem content to putter around, resulting in enough slack to overwhelm such a short record. The hits are frontloaded, as album openers “Space Academy” and “Dead Horses” are clearly the most engaging songs on the record. “Space Academy” begins the album with a sweeping, anthemic sound that recalls the Walkmen’s early work, and sets the bar high for what’s to come. The layered guitars and synths give the song a rich feeling—it groans, rumbles and chimes in equal measure, and Rob Enbom’s voice, though not particularly memorable, grounds it all nicely. The next track, “Dead Horses,” is similarly engaging, though more relaxed in a slightly country, Men-inspired way. The lyrics throughout the record are often sharp and absurd, as heard on this song’s visceral refrain “Watching dead horses decompose / With taxidermy eyes.” What makes these songs so strong is the aforementioned depth of sound: these former shitgazers have evolved into a more confident band that can command a room.

From there, Eat Skull seems to lose their way a little, trying out different sounds and tones with varying degrees of success. “How Do I Know When to Say Goodbye?” has an Animal Collective-lite vibe that doesn’t really ever seem to gel, and the record’s central pairing of “Stupid Moon” and “Twin Sikk Moons” makes a valiant effort toward Elverum-style uneasiness, but just feels too staid and repetitive to ever really get going (though “Stupid Moon”’s surreal lyrics do provide a point of interest). Similarly, “Your Hate” takes on a retro rock ‘n’ roll flavor with Mutantes-style guitar that makes it feel like a track from an entirely different record.

It’s a relief when the trippy “Twin Sikk Moons” fades into the warm opening whispers of “They Burned You”—it’s a surprisingly excellent transition that indicates perhaps the two songs could’ve been merged into a more palatable whole. “They Burned You” and similar standout “Amnesty Box” are solid bedroom-pop songs; maybe they won’t change anyone’s life, but Eat Skull find an obvious comfort in this realm that make the more adventurous aspects of III seem awkward and wholly unnecessary. Sometimes, all that’s needed is a waltz-y melody and some cutting lyrics, as demonstrated on “Amnesty Box”: “You put your hand in the Amnesty box / Counting on fingers and toes what you’ve got / Pass it back behind you / Spread it all around / You’re better off keeping a hole in the ground.”

Eat Skull is undoubtedly moving in a promising direction with III, though this record has the feel of a term paper written in one furious all-night session. There are some good ideas here, and some not-so-good ideas, but mostly the band just needs to trust their instincts, as they are at their best when not laboring to challenge themselves. I’m confident that Eat Skull has a better album in their future, one perhaps more measured and thoughtful and, ultimately, more them.