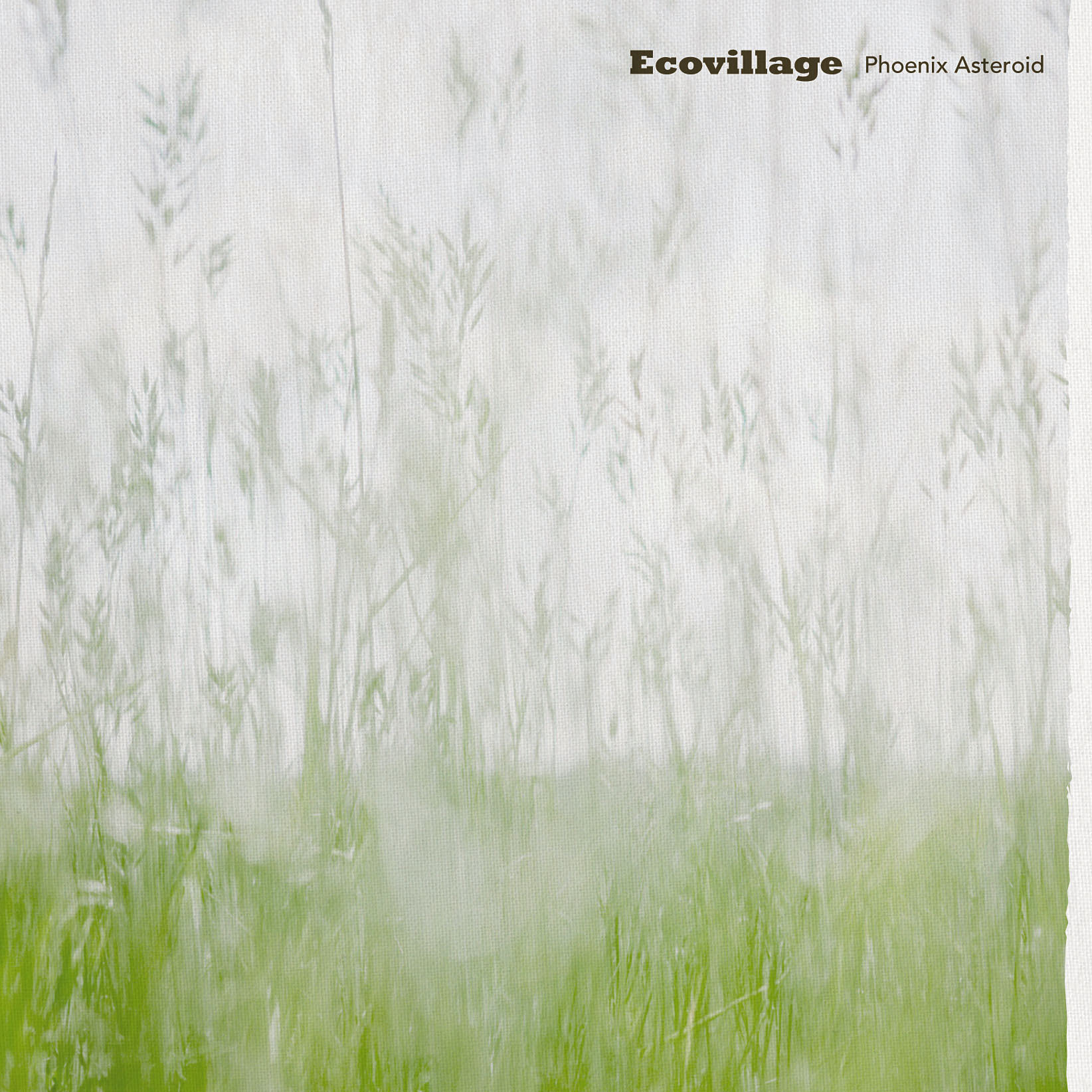 Ecovillage: your country needs you. Like it or not you’re Exhibit C in one very important case—the one which proves once and for all that Sweden doesn’t just make porn and pine furniture. Exhibits A and B put up a strong defence back there, and of course we’ve all got our favourite Abba moments (mine, ironically, porn-related), so it now falls to hippy-spawn Emil Holmström and Peter Wikström to soar off on one truly weird tangent. Describing Ecovillage to the unordained would make even Gene Simmons slightly tongue-tied: Peter and Emil meld shimmering, out-of-tune crystal balls that bob in a sea of feedback, drum machines supplying the occasional cartilage. Vocals orgasm on the horizon, guitars drip, birds take off in slow motion. You get the picture—no? Well, they also pack that necessary European fastidiousness in really hammering their ambivalence home, having binned what would have been their debut LP to retrain and replace it with Phoenix Asteroid. Phoenix Asteroid...yeah, I smelt a rat with a title like that too, but then I thought, “Fuck it, how often do you get to party with an album that’s named after your top two Atari games?”

Just as Ecovillage’s mother country became a depository for British CFCs thirty years ago, so Asteroid itself is a little dated/contaminated—in a nice way, of course, like how the smog on the LA skyline adds a caramel tint to the blueness. Jonas Munk (aka Manual), who’s championed the band from the outset and lent some ideas to the master, remarked: “When I first heard Ecovillage, I couldn’t believe my ears. Sometimes it sounds like radio-friendly boyband pop filtered through shoegaze aesthetics, other times it comes across as psychedelic music—not so much in sound as in effect. This really is Dream Pop in the original sense of the term.” Munk’s on the nail with that one, and if you’ve ever been naked back at school or had an anti-grav rush circa midnight, Ecovillage might just scratch your itch. Just as you get used to the floaty trill of one of the more innocent pieces—see “Small Bright Points,” the opener—a number like “Dawn Was Brand New” materialises, its beach recordings taking you to the Arctic Circle where—bizarrely—you can hear steel drums. Hang on, this is isn’t non-specific uptempo New Age, this is Cool Runnings. With mescaline! Then the keyboards open up and you withdraw to somewhere unmapped, the waves still clear amidst the blinding synthetics. You can practically taste the salt in those breakers.

They don’t stop there, however, with Phoenix Asteroid‘s lazy crashes becoming more sensual as the listener learns to let go. At times, Wikström and Holmström’s vocals become blurred to the point where they’re singing through their fringes. Sometimes a rush comes close to head-bursting: “Arise from the Ashes”’ deep glimmer and oceanic boom is almost too much to stomach, but its cyclic cry of “Never give up” segues well into “Lost in the Tides of Time.” For this one, the faded piano motif is as fragile as Starman (1984); universal love gurgles in an echo chamber. Only “The Key” feels particularly unfriendly with its queasy programming and sad hums projecting some tiny trip-changing fright. Luckily the drums are at their crispest here, so you don’t need to start eating tangerines to jump-start the comedown, not yet. Not at all, really, as there’s absolutely no way anyone who wants to get high should dip out on “Horizons and Beyond” where wonkily-accompanied girly vox generate a succulent Enya vibe. The sun folds ‘round you like clothes. You feel as though you’re very still in the sea.

Or at least you will, if you’ve got time. You need to give Ecovillage time or otherwise you’ll think you’re in World Music hell (you actually are on “Mustard Seed,” but we’ll let that one go as that). Phoenix Asteroid boasts so many Europads and angular beats it could easily be the ’80s gone soluble, but it’s the way its creators stir it together that lifts it three inches from the crowd. The delicate haze is beefier than you first might think—you might even find yourself standing for “Here and Now”—and Peter Wikström and Emil Holmström are working quite hard to stay very original. I doubt you’ll hear another record like Phoenix Asteroid this year, not unless you left your tapes in the sun. I also doubt that you’ll hate it.