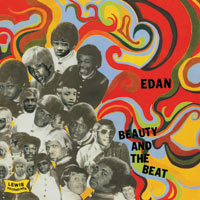 Beauty and the Beat

In an effort to rid our individual writers of some of their worst habits, CMG has undertaken a buddy-system of mutual support/influence for disparate, contrasting personalities. This week we’ve paired-up the always too-conversational Aaron Newell (fave quote: “Like, I mean. Or something at least. Right? OF COURSE NO! Jesus.”) and the oft-flowery Chet Betz (fave quote: “Some sort of hook or melody or witticism or smashing cleverness fills the gooey caramel center of every off-kilter masterpiece; the people must love the tortured artist before they can love the over-abundant intellect that tortures him”). You didn’t read that whole thing did you? It’s okay. No one else did, either.

We stuck our protantagonistos in a mens’ room stall in O’Hare Airport for 15 minutes after checking to make sure it was clear of George Michael. Chet reports that Aaron didn’t say anything that actually made sense. Aaron says the same about Chet (we think, he was a little vague and didn’t use any proper sentences). Judge for yourself what really went down…

CB: Staggering though L.A.’s Amoeba Music with bread crumbling out of my pockets, I searched in the pews of plastic for used copies of Califone’s Roomsound and Camp Lo’s Uptown Saturday Night. Nose rings around me glimmered. Heads nodded, including mine, and I realized it was because every puppet in the store had their strings attached to the bass EQ of the hip-hop blaring over the store speakers. My face grew whiskers so that the whiskers could twitch. My head cocked. “This sounds like Edan,” I said to my friends who had left me to look for Dipset mixtapes. The clacking-case fingers of the scruffy used rock scavengers faded out; all my body felt was the touch of the rolling rhymes and thundering beats billowing down from Amoeba’s high ceiling, like music sacred and urbane in a cathedral that had the faces of Pete Rock and Prince Paul in the stained glass. Stepping to the altar, I copped my salvation. Damn, I’m melodramatic.

AN: OOOOH MAN, that E-DON disc is hotttitty though. He’s all BOOM-tic-BAP-tic and weeeeee weeeeeee plucky pluck with those sweet-ass psych harp things sometimes, you know? Buzzy buzz with the long-ass distortion samples. Toot toot goes the flute and stuff. Man it is a good compact disc to listen to. Why don’t you like it? Is it because you’re a little bedwetter?

CB: I just get that way for the hot shit, though. For instance, Liquid Swords (1995) taught me the meaning of life, and I believe that it has the power to resurrect dead kids and animals given the presumption they are not the same thing. And, on top of that, renew their decomposing flesh. As I roamed the pristine corridors of Amoeba, I began to wonder about the potential of Edan’s newest to-be-supernatural hot shit after noticing three things during my record store epiphany.

AN: You ate too much chicken and had to squat out gats of crap in the record store.

CB: Here’s the first thing: the title Beauty and the Beat perfectly captures the conflict at the heart of the record’s sound. The music tugs back and forth; its substance consists of psych rock and pretty jazz colors, a haze that wants to swirl out entrancingly like food colors on oil, like the album’s cover art. That’s the desire of the album’s Beauty, but it’s curbed out of its supinity by the overarching, demanding fist of the grungy Beat.

AN: Shit man, like, okay, I don’t get why you hate this record so much. First, fucking, okay, there’s Percee-P on this and he just totally human verbal machine-guns rapid fire rattatows through his verse like he does every other verse he does and probably sounds just quite nearly as tight as Kool G did on his best day back in the day. I think Edan was like “if I have all these pretty-ass colours on my cover and flutes and shit over my breaks, then I might have to man the fuck up on the guest spots”. Because the Insight, Percee, and Lif appearances are all dead-on. I’ve never heard guests complement the vibe of a record like that before. Fucking, rawk, rawkan Edan. Oh and here I would like to admit that I got caught lip-syncing in my mirror to “Fumbling Over Words that Rhyme” by my Mom.

CB: The second thing I noticed about the album was how much I was noticing the album. Edan mixes his primary drum, vocal, and sample elements with a bold equality, emphasizing anything only so much as everything’s highlighted. That’s the wise and righteous choice on his part; his flow’s a fast and heavy masseuse, his rhymes are intelligent and image-packed, his drums are classic, and his inspired sample choices come together to make a striking aesthetic statement in which Edan bites of the ’60s and ’70s most mind-altering fruits, juice of moog and echoplex running down his chin, and spits out tight, hard pulses of fuzzy fire. In that record store I stopped wanting to listen to the album and started needing to listen to it. Edan’s power compelled me.

AN: NOT ONLY THAT!! You ever notice how all his samples come together like they’re just one loop? It’s almost as if, often, they are one loop. I think they are one loop, is what I’m trying to say, in other words. In conclusion, they are one loop. On at least one of the songs. It’s as if he’s, ok, it’s like dude is “extrapolating the virtuosity of the beatsmiths of yore.” Ok Chet? And I know you won’t believe me, but that was straight off the dome.

CB: The third thing I noticed was that I love Beauty and the Beat in all of its supernatural hot shit glory.

CB: The album’s lightning had wormed into my synapses, but when “The Science of the Two” struck, it’s like the GABA fluid in my brain evaporated, and all the portals opened, and I saw “the Beauty” and “the Beat” as red and black dragons battled until the sky broiled into a mess of all things dope. Breaks constantly morphed under robotic key effects until things settled on a flickering, indescribable post-rock wah-wah loop that El-P will envy and envy and lust after. Then he’ll hear the phase-shifting “Smile,” and it’ll almost be too much for him to take.

AN: So you LIKE the album. I’m pretty sure I think you like it. Chet, if you can hear me, please say either you like it or you do not and just say only one of those exact combinations of words.

CB: Hell, it was almost too much for me to take. I cradled the album all the way up to the register, and my breath reeked of hallelujah.

AN: Apparently, that’s why no one wants to get on a mic after Biz Markie.