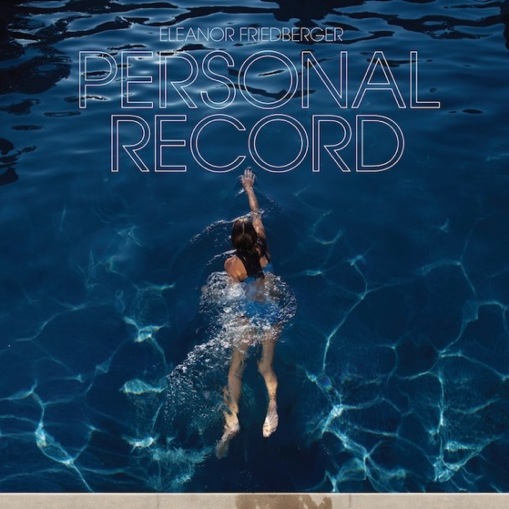 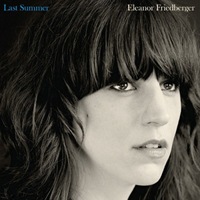 New York is probably the most written about city in the world—even those who’ve never been there can feel like they’ve explored its crowded landscape, mining everyone from Bob Dylan to the Strokes—so it might seem like unremarkable subject matter for Last Summer, the first solo record from the Fiery Furnaces’ Eleanor Friedberger. But Friedberger pulls off something impressive: she casts the city in a new light, rendering a New York that exists in out-of-the-way places, in the far reaches of Brooklyn, in the curiosity of Roosevelt Island, in, most importantly, the subway. And Last Summer is finely wrought, spilling over with offbeat details, zigzag-ing through personal yet engaging memories, fleshing out enough characters and situations that it feels like reading a snippet of a fascinating novel, or finding a transcendent collection of short stories, or glimpsing a whole new world unto itself. These narratives are that engrossing, perhaps in a simple way Rehearsing My Choir (2005) never was—and Friedberger’s elegant presence, combined with her ’70s rock sensibility, only seal the deal.

Last Summer trades most often in memories—both regarding the summer in question and, well, other times loosely connected. The album clatters to action with its catchiest track, “My Mistakes,” when Friedberger recalls a night “flying down the bridge,” presumably on a motorcycle, crashing and being rushed to the hospital. It’s a startling way to begin, but it’s just as immediate, introducing us to Friedberger’s protagonist in the same striking, surreal splashes of color from which her nostalgia must be made. Backed by her usual combination of synths and guitar, Friedberger crams an impressive number of characters into one song: the girl with a “native vibe,” the aloof crush, the “guy his friend called ‘guru’” who called the ambulance after her crash. She sings, “They were visiting from California and I swear they / I swear they, I swear they, I swear they saved my life.” Guru and his friend don’t show up again for the rest of Last Summer; they’re just one small but impressive part of its vast community of strangers, friends, and lovers.

“Scenes From Bensonhurst,” another traditional singer-songwriter track, offers an even more detailed character study: a former lover who “shaved off his beard and saw The Girl Who Played with Fire“ and “modeled for Kool cigarettes.” “Bensonhurst” is one of the most affecting songs on the album, slowed-down and spacious; Friedberger’s sharp, vulnerable voice hovers over a swooning organ, reminiscing about something since lost in the way someone can only reminisce about something irretrievably long gone.

But this mood doesn’t last for long, as “Roosevelt Island,” basically Last Summer’s epic masterpiece, follows. Bouncing to a slim, funk bass line, Friedberger rattles off interconnected stories so manically we can barely absorb their implications, jumping from a beach in Philly to the Coney Island Cyclone to the Roosevelt Island tram. But mostly, “Roosevelt Island” is a tribute to the exhilarating feeling of riding the subway—particularly the trance-like state of a long trip, thrust perpetually forward, not wanting to get off. “It doesn’t seem like anything could be better than that / Riding that train,” she sings, “And then you step outside in the sunshine / And you can’t believe you would ever go underground.” It’s magnificently affecting the way she captures such a mundane urban wonder.

Notably, Last Summer is quite a departure from the Fiery Furnaces: gone are that band’s manic energy and quirky synth diddles, Friedberger wisely toning things down while still keeping her signature staccato keyboard sound on songs like “Glitter Gold Year” and “Inn of the Seventh Ray.” But mostly, the music focuses all on Friedberger’s intimate vocals, even though the occasionally cheesy-retro element crops up (hello, the sax on “My Mistakes”). Side A is the more fun of the two, racing forward with catchy, spirited tracks until hitting an intermission of sorts on the sparse “Glitter Gold Year.” While still engaging, the latter half is thoughtful, fewer stream-of-consciousness vignettes twisting together stray narrative elements. Standout on the second side is “Owl’s Head Park,” which recounts a day spent buying a bike from “a Russian” in Coney Island and getting lost connecting trains on the way home. Once again, the small, pitch-perfect details she relates elevate this song above singer-songwriter fodder, like when Friedberger remarks of her new bike, “The boys on the F train said that the frame was ‘fresh.’”

Last Summer is a difficult album to describe because it’s made up entirely of these kinds of small moments, gliding gracefully from memory to memory, place to place, like an inside joke stretched into a one-act play. Last Summer documents one woman’s experience in and around the city’s playground, in 2010, with a community of others—some of whose faces are forgotten, and some who still remain in sharp focus. Similarly, Friedberger is not trying to make some grand statement about New York. No official history here, just personal—and somehow that makes it all the more complete as a portrait of place.