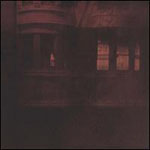 I had an argument with a friend recently about the importance of lyrics in the music we both listen to. I was staunchly in the “lyrics rule” corner, while my friend claimed to never pay attention to them, saying that he didn’t really think they impacted his appreciation of a song/album so long as the voice itself was pleasant sounding.

See, I can’t help but fall in love with lyrics and the personalities that deliver them; my delirious, one-sided affairs with these voices are a major reason why I can muster the strength to endlessly search for new flames, putting up with many aural one night stands in the process. If a vocalist’s lyrics or delivery grate on me, chances are the music isn’t going to win me over on its own. Though I did have to concede to my friend, that the reverse often works as well--if the music sucks, is too derivative or uninspired, the lyricist is going to have a hard time saving the day all by his lonesome in the critical land that is my ears. To me, great bands have a way of marrying perfect music with perfect vocals to create something infinitely better than the sum of its parts.

In that sense, Electrelane’s third album Axes is one of the more frustrating albums I’ve heard this year. When the band is on -- featuring singer Verity Susman bleeting out her breathy monotone, complemented by rapid-fire drumming, churning guitar and melodic keys that ripple and pulse--it’s a perfect cocktail of thudding Krautrock, seemingly intent on reclaiming the glory of early Stereolab. Axes opens with a breathtaking stretch of songs that play to every single one of their strengths. From the ebullient “Bells” to the soaring “Two For Joy” and stuttering “If Not Now, When?” the album doesn’t let up, dishing up one dynamic, layered Kraut love-fest after another.

The only problem is what comes next. The sludgy middle weighted down with dreaded instrumentals.

“Eight Steps” is polka on speed. And it’s a nice enough song, but it’s the beginning of a stretch that seems to lose the heart and soul the first batch of songs displayed. “Gone Darker” features a train whistle sample and is a rich, cinematic piece--basically that’s a nice way of saying it sounds like background music for a movie. These middle songs are fine, expertly recorded by Mr. Albini and all that, but you get the feeling that Susman’s vocals are a big part of what makes Electrelane’s songs work. Without the vocals, their Kraut grooves don’t bite as deep and they get repetitive a whole lot faster. Indeed, the instrumentals do sound a lot like soundtrack pieces; it’s as if something is missing.

Axes redeems itself somewhat in the third act. Featuring a driving guitar and Susman contributing ever so slightly on the vocals,”These Pockets Are People” feels so much more immediate than anything but the first few songs, it’s almost criminal. The beat drives directly into “The Partisan,” where the guitar line morphs into a seering '70s punk line and Susman belts out some of her most forceful lyrics, covering a song both Cohen and Baez have sung.

The album closes with the epic “Suitcase,” a song that seems to marry a Brix-era Fall riff with Mogwai’s post-rock dynamics. Again, Susman’s vocals add something immeasurable to the song and this reviewer is left wondering why they couldn’t use Susman instead of a lame slew of “clever” samples in the middle of the album. I’m all for mixing it up and experimenting, but to totally derail an album with maddening samples… I mean, isn’t this why people hire Steve Albini? So he can slap them in the face and say, “Are you SURE you want your album to sound like this?” Hopefully next time Steve will slap some sense into Electrelane; until then, they’ve made two thirds of a great album.