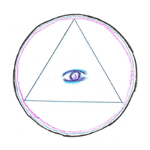 The “Wailing Wall” has always held my fascination. The only remnant of the Second Temple which was destroyed nearly 2000 years ago by the Romans, Jews from all over the world have used the Wall as a place to mourn the loss of the Temple, prostrating themselves or placing secret prayers in its weathered crevices. While direct religious significance for Palestine is less evident, the Wall has become for them a symbol of their continued occupation. Positioned on the outskirts of the city and surrounded by Israeli settlements, it reminds Palestinians of how far they’ve been pushed out of a city that was promised as the future capital of their still non-existent state. From this perspective, the Wall is interpreted solely through its lumbering and hostile physical presence as a barrier.

No matter how you look at it, the Wall is an unending paradox: a site of both unity and division, fragmentation and wholeness. It has stood, presumably unchanging, for centuries, and yet it still signifies what has been lost for a people who have desperately tried to establish a contemporary state on the basis of two thousand years of history. The Wall has seen time passing and doesn’t impose judgement on it; it absorbs the sacred and profane with equal indifference.

...and the world is full of such conflicted monuments, right? This is but one example that speaks to me. And it’s important, because while such structures might technically have little to do with Danish sound artist Magnus Olsen Majmon’s Elektronavn project, when I listen to Cosmic Continuum I can see them looming in the background, augmenting (or at least symbolizing) the way the music reminds me of the connection between religious inviolability and limitless suffering. Free improv is so often rooted in local space, after all, and since the title and liner notes—which list extensive global influences, many extra-musical—suggest the kind of numbing eclecticism and vague universalism that usually spawns tedious new age or so-called “world music,” it’s astonishing that the actual results are, if anything, the free-folk equivalent of John Coltrane’s Ascension (1965). There is coherent space here, even if the lack of roots means you might have to substitute your own complementary geography and architecture.

“Cosmic Continuum I” carves Eastern woodwinds, tablas, and other scattered percussion around countless layers of moaning and chanting. The track barely changes throughout, except to add heavier percussion, and its most notable moment is around the 12-minute mark when it begins to fade out only to fade back in without any significant shift in tone or instrumentation. This odd disruption seems to mock the notion of beginnings and endings: here is a new saga of anguished human voices calling from the abyss; collectively, they sound nearly indistinguishable from the last. Which isn’t to say that Cosmic Continuum erases difference, merely that it adopts the trajectory of Minimalism while appropriating its sense of neutrality as a blank slate onto which the multitudes of human voices can blend and diverge and blend again. It is, to say the least, egalitarian; it does not allow one voice or instrument to ever take precedence over another. We’re all falling down, which is the woozy sensation the album creates.

Falling because, unlike most psych records, Cosmic Continuum isn’t faux-empowering, but a reminder of impotence. It’s not self-indulgent in the way that so much Western music that looks to the East for inspiration tends to be. There’s no conceptualized catharsis or edification here, and by the time you reach the second track this will be abundantly clear. “Cosmic Continuum II” is less harrowing but no less effective. Distinguished throughout by its weary, plodding bass line, the track reminds me of a vivid nightmare intruding on an otherwise banal day, balancing both exhaustion and terror in equal measure. It’s hard to communicate just how unlike a hippie jam this music is; when the squealing sax comes in near the end, it should be some kind of release. It should be the noisy, cathartic breakdown that’s always kept like-minded bands like Ghost, Jackie-O Motherfucker and Acid Mothers’ Temple from ever really embracing the claustrophobic impulses that they sometimes flirt with. Instead, the sax—over that naked stand-up bass—sounds frantic, demented, especially when it quickly dissolves into feedback that obscures its source completely.

And what better way to end the album than that haunting train whistle? Godspeed You! Black Emperor used the same sound on their first album, but the music surrounding it could never illuminate its loneliness the way Elektronavn does here. And on the subject of continuums: the invention of trains marked not only the first time people could easily travel long distances, but also the regulation of time on a global scale. This sense of increasing order, from our perspective, is shadowed by the approaching violence of the 20th century; it’s hard to forget that trains were used by the Germans and Turks to organize the systematic destruction of the Jews and Armenians only decades later.

Like that wall in Jerusalem, the train whistle proves the inherent presence of chaos and violence in order. Walls and wars are the ghosts that move through this music, and hours after listening to Cosmic Continuum I can still feel the anguished wails. But, and this is most important, the experience isn’t abject like witnessing a car wreck or a bomb exploding, but reverent. Even as the whistle fades out, I can still feel the impact.