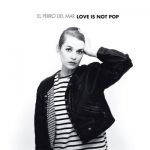 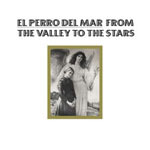 From the Valley to the Stars

Would El Perro del Mar’s Sarah Assbring actually have her listeners believe she’s gotten over the self-imposed isolation and despair of her phenomenal self-titled sophomore record (2006)? Granted, self-deceit was part of the drama she played so well in the first place, but of a particular kind. In my review of that album—submitted as part of my application to CMG about a year-and-a-half ago—I compared the album to Blue (1971), There’s a Riot Goin’ On (1971), and Third/Sister Lovers (1973). My point was that while the music was pure mid-‘60s girl-group pop, the sentiment was similar to that of the post-‘60s hangover. All of these albums contain moments of brief hope, but ultimately concede to their melancholic core: for every “We don’t need no piece of paper from the city hall,” there’s a “But when he’s gone / Me and them lonesome blues collide.” Nominally this suggests some degree of insincerity, but instead it just adds to the overall tragedy, much like the hollow optimism of a Douglas Sirk melodrama.

It makes sense that this struggle would eventually bring Assbring out of the depression and self-pity displayed on her first record, but From the Valley to the Stars swaps it for something far less admirable: couchy idealism and almost nauseating sentimentality. It’s like she’s moving in the opposite direction of Sly & the Family Stone, except without a trace of the politics or funk that made Stand! (1969) appealing despite its naiveté. Even Jens Lekman has the good taste to coat his blithey nonsense in tongue-in-cheek romanticism and personal anecdotes; in other words, it still sounds like the emotions of a real human being. In contrast, El Perro del Mar seems to be positioning herself as prophet of hope, relationship advice columnist and overbearing girlfriend all at once. Her music strains for reverence in a way that would be laughable were it not so tedious to listen to.

The somnambulistic pace and minimal “chamber” pop (and I’m kind enough to use that word as opposed to “elevator”) of From the Valley to the Stars make the lyrics triteness that much emptier. I’ve always thought that the most inane lyrics could sound convincing if they’re arranged inventively (see Pet Sounds [1966]), but even “Somebody’s Baby”—the one song here with any kind of pulse at all—still doesn’t really succeed as a pop song. It buys too much into the album’s tendency to repeat the song’s title through most of the song; see also “Happiness Won Me Over,” “The Sun is an Old Friend,” “From the Valley to the Stars,” and “Jubilee.” I needn’t even quote from the lyrics here, since a cruise through these titles is enough to outline their depth.

The cleaner, sparer production isn’t doing El Perro any favours either. While the rawer, Specter-esque sound of ’60s Motown gave the best platform for Assbring’s voice and lyrics on her last record, here the vanilla soul flourishes and post-Bacharach schmaltz come off like an anonymous, bored studio band. Worse yet, the lite-jazz trumpets and soft rock guitar wah (which haven’t succeeded in making any music of the last three decades either more exciting or sexy) sound like obvious attempts to disguise the thinness of the songs. Which is a shame, since the tracks that make more use of Assbring’s voice—multi-tracked to form beautiful harmonies on “To Give Love” and “Inner Island”—are probably the best songs here. The latter even hints at the innocence and loneliness behind her fragile voice: “Where you went as a child / Is where you long to go still.”

But this track also highlights everything that’s deplorable about From the Valley: rather than exploring her own emotional landscape, she’s narrating someone else’s. Her voice (which admittedly still sounds beautiful at points) seems destined for a private intimacy that is continually denied throughout the album, as she insists on looking outward. The result is a series of boring romances and half-assed torch songs that drag their feet in a way that’s exhausting to listen to. Maybe it’s just that pop music should accept its narcissistic nature in general, but why should music that claims to bear so much hope make me so depressed? Come back to your inner island, El Perro.