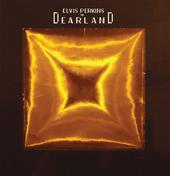 If every track on Elvis Perkins in Dearland was as simultaneously inventive, hummable, canny, and oddly tropical as “Shampoo” it would be a strong frontrunner in my early-in-the-year candidates for ZOMG AOTY. The fucked up thing is that the LP’s second track track, “Hey,” is almost as good while being completely different. So, every time I come to the end of these two burners I have myself convinced that I’ve somehow listened to the rest of the album incorrectly. I may have tuned out, or gotten distracted, or been in a bad mood for the rest of the record’s spin. Even right now as I’m writing I’m staring with incredulity at that score affixed up there, but in about eight minutes, when the golden shamble of “Hey” draws down, I’ll once again be blanketed in the assurance that I feel so rarely in life. I’ll know that I’ve done the right thing.

I wish my ears were broken. I wish dearly that this album was as shit hot its opening duet. Sadly, that just isn’t the case. “Hours Last Stand,” the tremulous waltz that follows, is just a slog. A languorous, elegant, well-executed, boring-ass piano slog fully two minutes too long that prompted my girlfriend to remark that it sounded like “someone walking through a waist-deep swamp with weights on their feet.” An incisive evaluation, I know, but it’s adequate considering the breadth of the contrast here. It’s a flailing-armed freefall from that rarified precipice off of which the two previous songs look down, briefly nonplussed, before going back to fucking ruling.

In fact, even though “I Heard Your Voice in the Dresden” at least picks up the tempo the album never completely manages to rescale that sheer cliff. So much so that this was originally going to be a track review of “Shampoo,” because in a very real way it is a distillation of everything that this album should be. It ‘s one of those songs that puts the artist who writes in on the hook. If you can write ‘em like that then go ahead and keep gilding that Lilly till they all gleam with that transcendental spit and polish. That said, there’s not much explication necessary on the otherwise pleasant but prosaic leftovers. “Pleasant but missable albums lead to unpleasant and thoroughly missable reviews,” says I. “Lots of work to little purpose,” says I. In the end though, I decided that that was a little too brusque of a dismissal, and not entirely accurate.

“Send My Fond Regards to Lonelyville,” for example, is a loping, lilting, piece of nostalgia that deftly blends world music influences (most notably the Hawaiian folk of Israel Kamakawiwo’ole) with French Quarter jazz brass and fluid classical strings. It works, despite the fact that this band clearly functions at its highest level in major keyed arrangements. “Chains, Chains, Chains” has some soul, mostly attributable to Perkins himself, an accomplished vocalist with a voice distinctive and pliable enough to adapt to any of the myriad musical contexts in which he finds himself in Dearland.

It wouldn’t be exactly right to read this as an indictment. And it’s odd to have become acquainted with a band and disappointed by them in the same sitting. So to be clear, this is some cosmopolitan shit. It’s smooth going down, Perkins is a more than able fronter, and every instrumentalist here ably picks their way, at one point or another, through some complex harmonies. It’ll play huge at the Troubadour. It’s just that, as much orchestration clearly went into this record, it seems content to be merely “well done,” when the opening two tracks make it absolutely, exhilaratingly clear that there’s more than that at stake here.