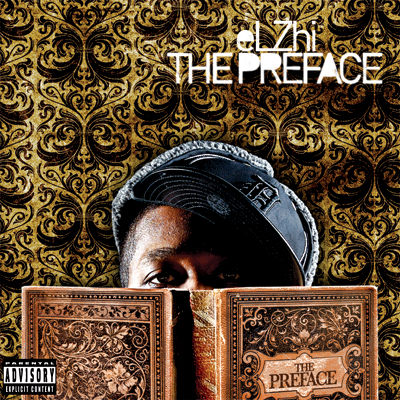 Dilla lives. The elegiac thing about The Preface is how it seems more determined by its ancestry than its destiny, Detroit’s heir-apparent producer and Slum Village’s best rapper dedicating themselves to re-creation more than creation. Maybe that’s why Black Milk digs even deeper into his own roots and Elzhi titles his first official LP The Preface; here’s an introduction to both artists ghost-written by Jay Dee. In the outro of “Guessing Game,” a moment with Milk’s most Dilla-like loose loop on the record, a voice shouts out, “First and foremost, Big Proof and J Dilla forever!”

This is the current status quo of Detroit hip-hop. Impeccably solid beatwork from producers influenced by Dilla, emcees who wish they were rhyming over Dilla while trying to strike the same balance between commercial and underground that Dilla himself represented with the new twist that they’re paying homage to Dilla, and liner notes that put the Dilla-debt contract in writing. Black Milk’s Popular Demand (2006) was the first album to wholly encompass the reality of this post-Dilla Detroit and in many ways Elzhi’s The Preface feels like the unofficial sequel to that record. But then there are several records that work as the unofficial sequel: Buff1’s There’s Only One is being offered by Fat Beats through some outlets as a double-header package with this record and it’s no wonder since that’s a similarly strong Michigan emcee with similarly strong backing from Black Milk and a similar approach to putting together an album. And while the two records are certainly different they also certainly feel interchangeable; no need to review both, I went with the one by the more high-profile rapper.

Invincible rose above the status quo earlier this year because of her unique rapper identity and how she applied it politically, stretching her record over a broader sonic and social horizon than these records. Plus, she only had two beats from Black Milk. And, even then, “Recognize” was an energetic synthesis of classic string loop with Detroit club bass and rattling, uneasy drums. On The Preface Black Milk settles a bit too much into the recognizable soul-chopped patterns of Dilla’s most signature work; Milk’s music sounds more confident and yet less versatile than it once did, possibly too indebted to something that is not fully its own. Which isn’t to say it doesn’t sound great, from the trilling arpeggio and vocal layers of “Guessing Game” to the stop-reverse-start sample manipulation of “What I Write.” And let’s not say that Elzhi doesn’t come correct on the mic, only that sometimes “correct” can be a little too meted out, a little too one-note and direct—Elzhi’s leagues beyond mediocrity yet a few steps shy of fresh. His concepts run the gamut of cute (“Guessing Game” has the listener trying to guess how Elzhi will finish the word he started at the end of the last bar) to reductively cute (“Colors” is a clever but trite color-scheme-for-kids of racial politics) to obvious (“What I Write,” which is about what Elzhi writes, and “Growing Up,” which is about Elzhi growing up). While his lyrics and flow are tirelessly consistent, I think it’s his and Black Milk’s lack of progression that leave this record nothing more than a preface for the real work to come. What’s frustrating is how greatness here is just a paradigm shift away. It’s always easier to live things the way they are in memory of how they were as opposed to pushing forward the way things are by virtue of how you want them to become. There is considerable talent on display on The Preface, nearly as much as on a comparable record like Shapeshifters, but while Invincible tears into the present in an effort to sculpt the future her scene peers are making records like the future is the past.

On a few tracks Black Milk picks up where he left off on the beat of Popular Demand closer “Take It There” and delivers something chilling, a distinct atmosphere rarely created in hip-hop (El-P and RZA do it but more blatantly). “Brag Swag” is a choral hum that peaks for a split second on the other channel to break the measures, effervescing a melancholy that renders Elzhi’s words satire of the snake-eating-itself inherent in rapping about wealth to make wealth and all that as the means of asserting one’s status as a rapper, the scratches going one step further and implying that this is complicit slavery to the rich white execs. “D.E.M.O.N.S.” takes another sickly vocal (could be a children’s choir) and twists, wringing out nervy dread from the texture while the drums shake, Elzhi spitting out a dissection of the psychological/spiritual dimension of urban evil. So here’s two good examples of the synergy that should exist between beat and rapper and how inspiration and elevation of one or the both is symbiotic; two of the promises on The Preface that there is a course for Detroit rap beyond just staying the course.

What I’m getting at: to reminisce is human, to prophesy divine, and to do the latter as an intellection of the former is art. Detroit is rich with memory waiting to be catalyzed into something new. In the meantime I guess it’s not so bad to enjoy some excellent snapshots.