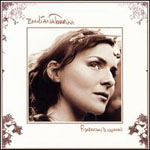 Figuring good things come in threes, it’s pretty easy to see Emiliana Torrini as less a half-Italian Bjork (the musical similarities are really pretty limited) and more the last part in the trifecta made up of herself, Sally “New Buffalo” Seltmann, and Leslie “Feist” Feist. Sure, she’s probably the least interesting of the three, and her sophomore album Fisherman’s Woman rarely manages to capture the spark that made both of her contemporaries’ albums so impressive, but she nonetheless competes on the same plane of ephemeral, love-struck singer-songwriters with a sense of humor and a good ear for a hook. Meaning that Fisherman’s Woman is still quite good, even if it is based on a formula that could certainly use some work.

Torrini and producer Dan Carey craft the formula: he handles music duties and the occasionally interesting light beat programming, and she lends her lovely voice to the mix. The voice is most of the sell, really; it’s not as meaty as Feist’s, certainly better trained than Seltmann’s, and conveys a sense of wistfulness and longing to songs here (appropriate given that many of them at least partially deal with a dead boyfriend).

Interestingly, the whole numerology thing works pretty well for the album too, which features nine strongly middle-of-the-road-bordering-on-good tracks and then three absolute stunners: “Sunny Road,” “Heartstopper” and “Serenade.” With these three both Torrini and Carey really up the ante, both lyrically and with some of the best constructed and produced instrumentals this side of Mirah’s C’mon Miracle. Though I’d love to hear Seltmann’s drum programming for “Sunny Road,” Torrini pulls off the song-as-letter shtick surprisingly well. “Heartstopper” is a lovingly assembled ode to love and coffee with a hook dug deep into the second verse that’s nearly impossible to shake. Carey does a remarkable job with the track; he clearly knows when to lay it on thick and when to just drop back and let Torrini shine. Closer “Serenade” is a beautiful piece of lightly picked guitar work and multi-tracking, letting a chorus of Torrinis deliver the surrealist lyrics and wonderfully spooky chorus.

The rest of the tracks are pleasant enough. Opener “Nothing Brings me Down” doesn’t have quite the bang it should, but it’s nonetheless a charming little love song. The boat sound effects on “Lifesaver” are more distracting than anything (I’d love to hear anyone actually manage to produce a song that well on a boat), and “Honeymoon Child” is a bit sugary sweet for my tastes. The understated guitar effects on “Today Has Been OK,” on the other hand, provide ample support for the minimal piano line and Torrini’s full-bodied delivery and dark lyrics. While the title track falters, “Thinking Out Loud” comes across well on the sprightly guitar line.

More than anything, though, I keep thinking how interesting it would be to have Torrini, Feist, and Seltmann working together. Seltmann’s got the beat-making skills, Feist can be surprisingly hard-hitting with the guitar, and Torrini has both the voice and a knack with lyrics/hooks (she did write Kylie Minogue’s “Slow” after all). Sure, Fisherman’s Woman is a pleasant listen, but there’s a distinctly ephemeral quality to the whole thing that leaves me wondering how much I’ll be going back to this record when Let it Dieand Last Beautiful Day are sitting on the shelf.