Other Records by Enon 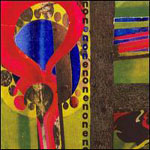 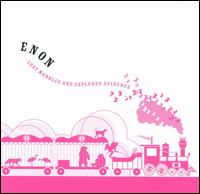 Required premise to an Enon review: Brainiac were one of the best bands ever to be abruptly ended. Boo hoo hoo. Waaah waah waah. OK. So that’s the last time I’ll ever mention it.

Well, then it shouldn’t have come as any pants-shitting surprise that critics and fans of fucked rock would reach for their holsters when John Schmersal tried to revive a spaz-rock ghost that they’d rather eulogize. But then Believo! and High Society turned out to be excellent albums (the latter certainly one of the best of the decade so far), so they had to wait ‘til the more downtempo Hocus Pocus before feeling justified in releasing that held-back backlash.

But Hocus Pocus has been unfairly maligned merely because it lacked face-crackers like “Pleasure and Privilege,” or pop masterstrokes like “Window Display,” leading many to overlook the more understated excellence on a highly underrated album. So if Lost Marbles and Exploded Evidence does one thing, it’s to prove something that should’ve already been evident since High Society: that Hocus Pocus, like Schmersal, was interested less in capitalizing on the cult of Brainiac than highly unique experimental rock/pop, downtempo or not.

If Lost Marbles and Exploded Evidence does one other thing, it proves that there’s not really a single song-writer like Schmersal. His sheer breadth of instrumental and production interest is relatively astounding (in this sense he reminds one of pre-Sea Change Beck). The man solders junkyard clatter with jazz horns, synthetic spits with smooth vocals, and everything in between. And yeah, this is a b-sides and limited releases collection, which means that yeah, it’ll be inconsistent, but Enon is still (despite the attempt to use Hocus Pocus as a spade to bury them with) one of the best bands in indie rock, so their b-sides can kick your b-sides’ asses.

Witness Fly South, a piece of experimental genius that pulls a strange melody taut through bleeding synths, rumbling bass, and Schmersal’s raw voice, eventually attaining transcendence on the heels of roiling six-string ruckus and synth interplay over an ironclad beat. Or “Evidence,” which trumps even Radiohead’s b-sides in its eerie synthetic pull and clattering beat, shifting adroitly into a shivering set of string-led bars that leave a melodic chill in your spine. Even the strangest, most sparsely melodic of Schmersal’s tunes find fine flesh in excellent developments; “Grain of Assault,” is all kitchen-sink percussion and tinker-toy instrumentals, but evolves into a superior study of Stereolab pop, with even better tonal acuity.

The less experimental fare is worth attention as well; “Knock that Door,” shows Enon at its most hip-shaking, Toko Yasuda moving between rapid-fire and staggered delivery in her adorable voice, over ass-grabbing bass work and (yes!) handclap-punctuated rhythm bars. Hooks are never in short supply, whether by way of synth-riffs, strange squiggles and effects (which basically comprise all of the solid “The Nightmare of Atomics Men”), or - increasingly rare - guitar riffs. And finally, Schmersal proves himself deserving of the lauding he’s received with his ever-present play with the limits and loopholes of melody.

Which isn’t to say that the plod of “Adalania (Not So Fair),” or the unnecessary short tinkering of “Normal is Happening” don’t bring the band down a bit. Nor that Dntel-flirt “Kanon” isn’t about as directionless as Enon can get. But Lost Marbles is no more inconsistent than most respectable bands’ A-side albums, and attains greater brilliance on a number of occasions than they could ever hope for. Toss in the boon that it embraces more avenues of experimentation than a closet full of (pre-Jesus freak) Princes, and it only becomes more impressive that these songs are mere b-sides. But then, “mere” isn’t an adjective to us around Enon. Yeah, that includes Hocus Pocus, you antagonistic bastards! Except for you, good ol' Ed-in-Chief.