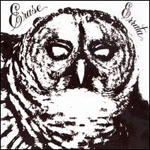 "They've got a law in the desert / they've got a law to protect their children." Jenny Hoyston sings this lyric over "Rider," and the music behind her is tense and grinding, all guitar scratches and low bass thumps. It's an ugly song about an ugly thing: homophobic legislation sweeping the vast swath of so-called "Red State America." These laws prohibit gays from marrying or adopting children, so as to "protect the family." But Hoyston reveals the lie immediately: "They've got a law to help each other / where everybody has a gun and everybody has a knife."

Hoyston pulls off something tricky here -- and throughout Nightlife, Erase Errata's third and best long player -- and it deserves closer attention. The thing of which she sings is an outrage, to be sure, but here she sings with the kind of fatalistic bemusement that only someone who perfectly grasps their situation can. She is pulling down the pants of someone too callous (and/or stupid) to even be embarassed. She understands that merely revealing the lie does nothing to alieviate -- the emperor may be naked but he is still a ruler. Worse, those to whom she is speaking already know everything she's telling them, and don't care. She has called out one of the ugliest and most brutal hypocricies in the modern American experience, but she understands it's like talking to a wall.

So Hoyston doesn't sing these lines in a full throated wail, but rather with an almost playful delivery. The anger and tension is there in her voice -- like a lover sublimating her anger at an unfaithful lover -- but it's buried so expertly that the playfulness is somehow more scathing than any scream could be. "Fine," her voice seems to be saying. "You want to keep up appearances? We can keep them. But you should keep in mind that I know what's waiting for me behind your veneer, and you have no idea what's coming from mine." She inflects the word "knife" enough to make it a hook, and at the song's denouement she manages to poke her tongue out, her target not even worthy of straight ridicule but absurdist dismissal: "I can do the diseased soft shell / I can do the dizzy soft shoe."

She may have failed to let her band in on the joke, though. Erase Errata's first record, 2001's Other Animals, placed them as a principle band in the dance-punk revival at the beginning of the decade -- although there was a quantifiably weird component closer to Captain Beefheart and The Minutemen than Gang of Four and ESG in the band's sound. Following the somewhat disappointing At Crystal Palace in 2003, founding guitarist Sarah Jaffe left the band. They went through different permutations and reconfigurations (including, at one point, a male singer) before arriving at the sound presented here on Nightlife. An angular skronk still prevails on the band's rhythm section - Ellie Erickson makes her bass sound like a Hammond Organ on opener "Cruising." But the band has a noticeably meaner, more muscular sound than on previous records. Hoyston plays lower on the neck, drummer Bianca Sparta gallops, even Erickson is more prone to an honest-to-gosh riff than before. Similar to Q and Not U's Different Damage (2003), the band has done the classic addition by subtraction. The result is that for all of Hoyston's irony, the band lunges with a newfound fervor and violence -- they're acting out the fantasy of torching the place while she yesses them to death.