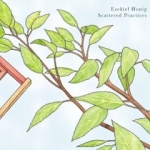 I co-manage an independent theatre company in Toronto, but since I mostly do the design and dramaturgy stuff, I get to hang out at rehearsals and observe. Warm-ups are the funniest, because you get to watch 4-10 actors doing all sorts of weird physical and vocal exercises that you would be surprised to see in public (although, given my own agit-prop tendencies, ones that I would also love to see in public). Warm-ups generally finish with the alphabet game, where the actors stand in a circle, eyes closed, and have to feel their way through individually vocalizing consecutive letters of the alphabet without speaking at the same time. The idea, of course, is to learn to listen to one another, but one particular time we were doing it in a room with a particularly loud clock, and the musician in me was amused by how—even though the rules of the game provide for seemingly random intervals between spoken letters—the actors were actually speaking in turn on the beat of the ticks.

The point is that sound organizes life, whether it’s the cacophonous caterwaul of raccoons chasing each other through the garbage at 3AM, the inconsistent noise of a busy intersection downtown, or the regulated rhythms of recorded sound at home or in a concert environment. Honig’s not the first to try and walk the line between music and noise (if there is one at all), exploiting samples of everyday mundane sounds into re-ordered soundscapes, but his emphasis on the “mundane” in the equation—as opposed to say, Herbert, who refashions his debris into house and disco epics—puts him in a category with folks like Alejandra and Aeron, even if his work doesn’t particularly sound much like the aleatoric fieldwork of Bousha Blue Blazes (2003).

In practice, he sounds somewhere between those two poles, falling closer to Tim Hecker or Philip Jeck but working under different constraints. Honig sets his mass culture sound objects to rhythm, splicing his sound samples against chunky water-wheel kick drums and coughing accents to create intensely organic tracks that sound like they might crumble apart like a six-year old cheddar if you try to listen too hard. There are hints of the Books, but without the drawn-out pop pedantry (which isn’t quite a criticism); there are skirmishes with the more straightforward microhouse of Kompakt artists, though but Honig isn’t trying to set a dance floor ablaze. Instead, a track like “Homemade Debris” simply spirals eloquently over a placid beat, with blustery, expansive piano glaze surrounding the fumbles and skiffles of the source material: it could be woodwork, or teeth care, or walking on a uneven deck. What those samples are doesn’t matter so much as the vitality their bustle evokes, or, in contrast, the juxtaposition their absence creates over the track’s second half as the chords slow down and dissipate.

Other tracks repeat the same trick, which means that while Scattered Practices is an undeniably pleasant slice of melancholy, and the process is both interesting and well-developed, the sound overall is fairly uniform. Indeed, while the process is apparently influenced by Michel de Certeau’s book The Practice of Everyday Life (1974), where Certeau argues that individuals transform and personalize their everyday environments, the environment on Scattered Practices is composed of precious few sounds, meaning that the diversity here comes with how Honig approaches his palette, rather than the size of the palette itself. Both parts of “Fractures & Fissures” are more skittish than “Homemade Debris”; “Concrete & Plastic” is more upbeat and mutates itself through more complex keyboard figures; “Oceans & Living Rooms” spirals back and forth between beat-driven sadness and sighing misery; each track is a different take on the central idea of the album, which makes this incredibly strong conceptually but less exciting in execution.

Which is not to say that Scattered Practices is a bad album by any means. It’s marked by thoughtful and lovely compositions throughout, and Honig’s sense of space and motion is incredibly well developed. I suspect that for many individuals less familiar with experimental minimalism and ambient work it would make a fine introduction given the warmth and wealth of melody to be found.